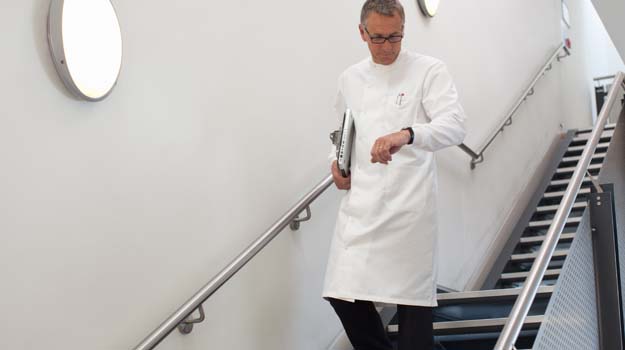 ARCA biopharma, based in Westminster, Colorado, announced positive results from its Phase IIb clinical trial of Gencaro (bucindolol hydrochloride) in patients with atrial fibrillation (AF). However, there appears to be some cherry-picking of the data to give it a positive spin, rather than a more lukewarm, or potentially negative results. And investors have responded with shares down 56 percent in premarket trading.

The company’s clinical trial, GENETIC-AF, evaluated 267 patients from the U.S., Canada and Europe. Patients had AF with heart failure and reduced left ventricular ejection fraction (HFrEF). All patients showed a similar benefit compared to the active control, metoprolol succinate (TOPROL-XL). Which is to say, it didn’t show superiority, which was the goal of the trial. However, in population subsets, it did show superiority.

The primary endpoint was time to recurrent AF, atrial flutter (AFL) or all-cause mortality (ACM). The company noted, “The trial was not powered to conventional significance for its endpoint and utilized Bayesian statistical modeling of predictive probability of success (PPoS) of the primary endpoint to estimate outcome if the trial had enrolled 620 patients with 330 primary events.”

Gencaro is a beta-blocker and mild vasodilator. Originally developed by Bristol-Myers Squibb Company, the active pharmaceutical ingredient, bucindolol hydrochloride, has been clinically tested in about 4,500 patients, including more than 3,250 patients in eight clinical trials in HFrEF patients.

“We are pleased to share these results from our GENETIC-AF clinical trial,” said Michael Bristow, ARCA’s president and chief executive officer, in a statement. “It should be emphasized that the control drug in the study, TOPROL-XL, although not FDA approved for this indication, has demonstrated efficacy in preventing AF in HFrEF. While we did observe some regional heterogeneity in effectiveness of Gencaro, we believe the treatment response observed in the U.S. population, which represents approximately half of the overall study population, support continued development of Gencaro as a genetically-targeted treatment for atrial fibrillation. As in all Phase II trials, which in part are conducted to elicit information relevant to the design for Phase III, elucidation of the reason(s) for regional heterogeneity could prove valuable for Phase III trial design.”

The company expects to meet with the U.S. Food and Drug Administration (FDA) in the second quarter of this year to review the Phase II data and develop a Phase III plan and trial structure. Investors appear doubtful, but many clinical trials are being built on subpopulation results, so the company may have a route forward, particularly given that the company’s focus is on genetically-identified treatments.

On November 16, 2017, the company announced that the European Patent Office issued a patent (EPO #2515899) for methods of treating cardiovascular disease and conditions with a thiol-substituted isosorbide mononitrate based on genetic targeting. The patent has been validated in 10 countries, Denmark, France, Germany, Ireland, Italy, Netherlands, Spain, Sweden, Switzerland and the UK. Related patents are pending in the U.S. and Canada.

“ARCA was founded on the belief that a precision medicine approach to drug development, tailoring medical treatment to functionally important genetic variants in drug targets that also serve as biomarkers, can enable more effective therapies, improve patient outcomes and reduce healthcare costs,” said Bristow, in a statement at the time. “The addition of AB171 to our genetically-targeted development pipeline, including the Gencaro atrial fibrillation-heart failure program, is consistent with that mission. We believe our experience with GENETIC-AF has established the feasibility of in-house design and execution of pharmacogenetics clinical trials, and has provided invaluable insights into this type of drug development.”