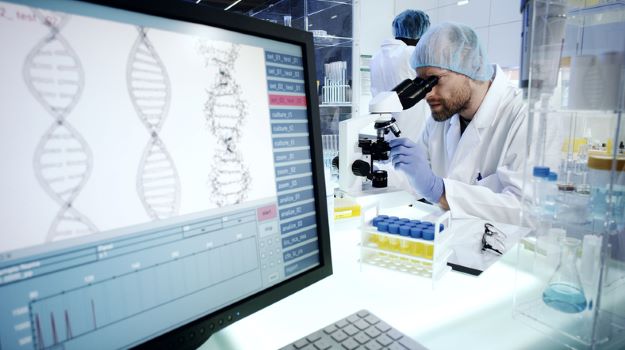 The 7th Annual CAR-TCR Summit is ongoing in Boston, MA, with more than 1,000 experts in CAR and TCR technologies attending. Here’s a look at some of the latest research and data being presented.

In the small study, six of nine patients receiving the therapy for B-cell cancers demonstrated a complete response.

Calibr's approach involves so-called “on” or “off” switches. In the study, the CAR-T cells are inactive when first dosed, then activated when the patient receives the anti-CD19 SWI019 switch that can turn it off.

Travis Young, VP of biologics at Calibr, called the therapeutic the "first step toward demonstrating the potential of this universal platform to be programmed toward any target."

“These results underscore the potential of our switchable CAR-T cell platform to act like a ‘software’ and ‘hardware’ approach, where the biological response of the CLBR001 cell ‘hardware’ can be programmed using the switch dose as the ‘software,'" Young told BioSpace.

Young noted that the results from the leukemia trial are preliminary and Calibr is continuing to enroll participants.

Still, the platform is an “enabling technology to translate the transformative efficacy achieved with CAR-T cells in liquid tumors to solid tumors. Strong preliminary responses, high cell engraftment, and favorable safety profile of the sCAR-T cell platform highlight the potential for universal application across a wide range of malignancies, including solid tumors.”

Calibr has developed switches to a range of solid tumor antigens by way of a collaboration with AbbVie and is "looking forward to testing those in the clinic as the next step,” Young said.

Rebecca Nugent, Ph.D., VP of platform research at Synthego, showed how the company is taking an industrialized approach to CRISPR research in order to accelerate cell and gene therapy development.

The company’s platform involves multiplexing gene editing efficiency and accuracy at the same to in order to “de-risk” biology and develop off-the-shelf gene editing strategies.

“Our industrialized approach is nuclease agnostic and allows us to develop bespoke cell and gene therapy solutions for our partners,” Nugent told BioSpace. “The methodologies are built on our core strengths of RNA synthesis and genome engineering.”

Of benefit are reduced timelines, the ability to create safer and more efficacious therapies and the ability to leverage the company’s proprietary technology, including “industry-leading expertise with >1M sgRNAs manufactured, >500K edits made and analyzed” and more than 1,000 publications and 30-plus patents.

In July, the company broke ground on a 20,000-square-foot manufacturing facility that will expand its Halo Platform, allowing the company to expand the production of its precision gene editing tools and to better assist biopharma customers working on CRISPR-mediated gene therapies. The company expects it to become operational late this year.

“The new manufacturing facility,” Nugent told BioSpace, “is an expansion of our HALO platform, and will create opportunities to expand GMP capacity and reach even more cell and gene therapy developers. Having both research and GMP materials in-house will speed up overall development times, reducing the time to get to the clinic.”

The TCXpress platform is a high-through T-cell receptor capture, expression and functional screening process that can process thousands of single T-cells directly into functionally expressed TCRs in days. This allows for the creation of libraries without lengthy predictive sequencing.

Apelian added, “The functionality and versatility of these two platforms not only provides an elegant, innovative approach to identifying TCR candidates for engineering TCR-T adoptive cell therapy, but also significantly reduces the cost of TCR identification. The platforms were built to allow not only BlueSphere, but others in the industry the ability to do rapid, in-depth, cost-effective discovery of naturally found TCRs to any potential known antigen target of interest for use in targeted cellular or bispecific immune-oncology products.”

The company is also expecting to file its first Investigational New Drug (IND) application in the first quarter of next year for a novel TCR-T-cell therapy in patients with high-risk leukemias, including acute myeloid leukemia (AML), acute lymphocytic leukemia (ALL) and myeloid dysplastic syndrome (MDS) as they relate to allogeneic stem cell transplantation.

Apelian noted that the therapeutic is “reactive against the minor histocompatibility antigen (miHA) HA-1” for the patients with these indications.

Seventeen patients with R/R MM received zevor-cel in the Phase II portion of the Phase Ib/II trial and were followed for a median of 113 days. Patients were heavily pretreated with a median of six previous therapies.

Of the 11 who could be evaluated with at least eight weeks of follow-up, the objective response rate (ORR) was 100%. This improved with longer follow-ups.

The therapy appears to be safe with no patients having Grade 3 or higher cytokine release syndrome, CARsGen reported, although Grade 1 or 2 was observed in 59% of patients. One transient Grade 3 neurotoxicity event was observed, but the patient fully recovered.

Raffaele Baffa, CMO of CARsgen, said the results “indicate a consistent trend of clinical benefit with the data of earlier trials conducted on zevor-cel." These include the investigator-initiated trials and LUMMICAR-1 Phase I trials in China.