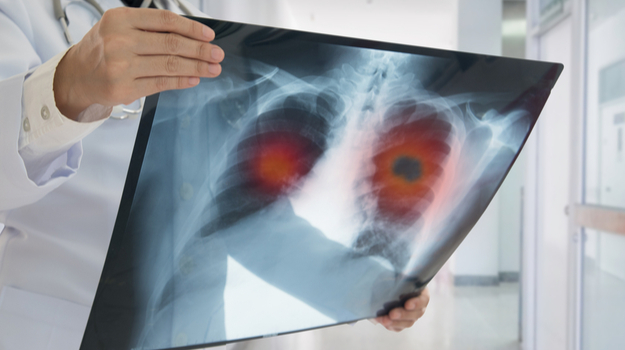 Scientists from the Francis Crick Institute and University College London say they have, for the first time, conclusively explained how air pollution leads to lung cancer in nonsmokers.

It's been long suspected that auto pollution can lead to lung cancer, but the exact cause has long been "a bit of a conundrum," according to Professor Charles Swanton of the Francis Crick Institute.

Swanton is also the chief investigator of the Cancer Research UK TRACERx clinical study. Data from the study, presented this past weekend, highlighted a mutation that causes healthy lung cells, when exposed to pollution, to develop lung cancer.

In lab experiments, the researchers showed that mice carry a mutation in the EGFR gene that is linked to lung cancer. The team's data also suggest that interleukin-1 beta (IL1B), an inflammatory protein released in response to pollution exposure, helps block the mutations.

The mutation was found in healthy lung tissues examined by Swanton's lab, suggesting the dormant mutation is widespread, and exposure to pollution increases the risk of lung cancer.

The study included nearly 500,000 residents of the United Kingdom, South Korea and Taiwan.

Tony Mok of the Chinese University of Hong Kong, who was not involved in the study, said the findings provide a "mandate" to address pollution.

"We have known about the link between pollution and lung cancer for a long time, and we now have a possible explanation for it," he commented. "As consumption of fossil fuels goes hand in hand with pollution and carbon emissions, we have a strong mandate for tackling these issues – for both environmental and health reasons."

The data also help show how many nonsmokers develop lung cancer. The World Health Organization estimates that 90% of the world's population is exposed to unhealthy pollution levels.

While smoking continues to be the largest cause of lung cancer, The Guardian noted that pollution causes 10% of lung cancer cases in the United Kingdom, where about 6,000 nonsmokers die of lung cancer every year. Pollution was behind the deaths of approximately 300,000 lung cancer patients worldwide in 2019, the publication stated.

"The risk of lung cancer from air pollution is lower than from smoking, but we have no control over what we all breathe," Swanton said. "Globally, more people are exposed to unsafe levels of air pollution than to toxic chemicals in cigarette smoke, and these new data link the importance of addressing climate health to improving human health."