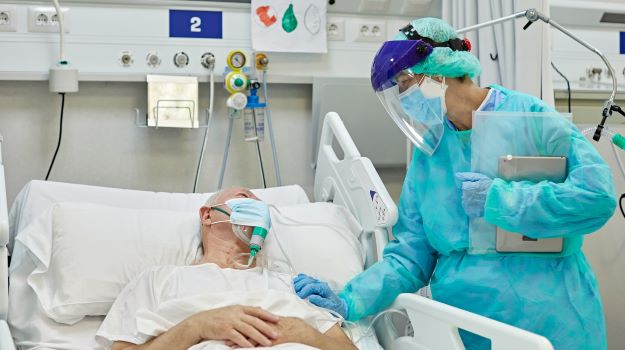 The jury is still out on whether Roche’s arthritis drug, Actemra/RoActemra (tocilizumab), is helpful for the most severe cases of COVID-19. Researchers out of Brazil published a small study in the British Medical Journal that did not find the addition of Actemra to standard of care helped the most severe cases. This is a different finding than in several previous trials, including a larger, 800-patient study that found significant benefit.

If anything, it just underlines how difficult it is to treat most viral diseases, including COVID-19. And there definitely appears to be mixed results depending on what stage of the disease the treatment occurs.

The Brazilian study was designed to determine whether Actemra improved clinical outcomes for patients with severe or critical COVID-19. It was run at nine hospitals in Brazil from May 8 to July 17, 2020. It includes adults with confirmed COVID-19 on supplemental oxygen or mechanical ventilation with abnormal levels of at least two serum biomarkers (C reactive protein, D dimer, lactate dehydrogenase or ferritin).

The data monitoring committee recommended the trial be halted early after 129 patients had been enrolled, because there was an increased number of deaths at 15 days in the Actemra group.

The authors concluded, “In patients with severe or critical COVID-19, tocilizumab plus standard care was not superior to standard care alone in improving clinical outcomes at 15 days, and it might increase mortality.”

This is in contrast to several other studies. A study earlier this month out of the U.K. found that Actemra decreased mortality and shortened recovery times in intensive care. In the study, approximately 27% of seriously ill COVID patients who received Actemra, or a similar treatment from Sanofi and Regeneron Pharmaceuticals, died in the hospital, compared with about 36% who did not receive the drug.

The study resulted in the U.K. health system encouraging use of Actemra immediately and to work with Roche to increase its distribution for U.K. patients.

At the time, Martin Landray, a professor of medicines and epidemiology at the University of Oxford, said those results “injected that bit of optimism we all need” to continue trying arthritis medications on COVID-19. Landray is working in another large study, RECOVERY, that is evaluating the benefits of the steroid dexamethasone, as well as Actemra, in COVID-19. Landray indicated it there were still numerous questions on how well the drug works in different types of patients and at what point in the disease they work best.

Landray also said of RECOVERY, “In a sense, although we are only waiting for one more trial to come in, we’re only a third of the way through this particular story. It’s worth waiting a few weeks before making definitive decisions about exactly what the role of this drug is.”

The Brazilian study’s biggest problem is its small size. Only about 65 patients in the trial received Actemra, and in the trial, the fatality rate was generally quite low anyway, about 3%.

Peter Hornby, a professor of emerging infectious diseases at Oxford University who co-leads the RECOVERY trial, said it was a “surprisingly low fatality” rate.

“Such a low rate is unusual in severely ill COVID patients and suggests that the death rate in the control group may be a chance finding which has affected the result," Hornby said. "Much larger trials are needed to resolve the continuing uncertainty about the role of tocilizumab in the treatment of (COVID) patients.”

Back in September 2020, Roche announced the Phase III EMPACTA study of Actemra plus standard of care in COVID-19 associated pneumonia. That study met its primary endpoint, demonstrating that patients receiving Actemra were 44% less likely to progress to mechanical ventilation or death compared to those receiving placebo plus standard of care. That study included 389 patients from a diverse racial and ethnic population.

Joao Prats, one of the Brazilian study’s co-authors, a researcher and consultant in infectious diseases at BP, a large hospital in Sao Paulo, said, “The bottom line ends up being that we haven’t found yet the population that is likely to benefit from the drug. It might be necessary to combine the drug with something else or focus on more narrowly defined patient groups.”