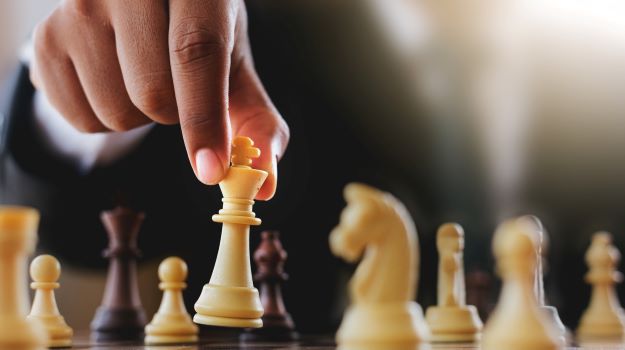 With multiple job openings across the industry, biotech and biopharma employers are having to come up with different strategies to retain top talent. The life sciences sector faces almost a perfect storm of challenges, from a booming industry to “the great resignation” post-pandemic climate and competing with industries that have the capacity to be more flexible in terms of hybrid work.

“We are finding it more difficult to recruit right now. I think partly that is the competitive marketplace. I think that competition for talent is increasing exponentially it seems every month,” Linda Fitzpatrick, chief people and communications officer at Sutro Biopharma told BioSpace in a previous interview.

In order to conquer this challenging recruitment space, gene therapy company AVROBIO invests time and additional training into its employees in order to “re-recruit” the talent. Georgette Verdin, chief human resources officer at the Cambridge, Massachusetts-based company, noted that employee turnover across the biotech industry has been as high as 20% in the most recent quarter. And that could go much higher by the end of the year. Year over year, the turnover rate has been closer to 10%, she said. Calling the turnover rate unusual, she said it’s something that is occurring across the industry.

“Twenty years ago, in 2001, there was a war for talent in technology,” she said. That was largely attributed to the plethora of tech-based companies, such as Google, Amazon and Cisco competing for employees who fit their required skill sets. Now, that war is heating up again. Not due to outside influence, but to a massive influx of investor cash in the life sciences that is creating a plethora of startup companies.

“There’s so much money going into the industry and it’s creating all these new businesses and allowing some existing companies to see significant growth,” Verdin said.

According to a recent report by trade group MassBio, Massachusetts has added nearly five million square feet of lab space since the beginning of 2021. By 2024, it predicts that another 20 million will be built.  The group forecasts that this will create demand for 40,000 new jobs – a number that would represent growth of nearly 50%.

And companies are not only facing competition from other biopharma firms. Fitzpatrick pointed out the growing hybrid chasm between biotech’s cousin, the tech industry.

“One of the challenges is that we’re really creating a bit of disparity between industries now relative to norms and practices. I think there’s a higher level of expectation to return to work onsite because you can’t manufacture medicines in a GMP environment from your home,” she said.

Because of all these new opportunities, Verdin said companies are having to proactively address the potential talent drain by coming up with new incentives for employees to remain with a company. While cash bonuses can be appealing, she said many companies, including AVROBIO, are developing incentive programs that are tied to performance goals. Verdin said they ask employees about their career aspirations, such as where they want to see themselves in five years. From there, she and her colleagues craft a development plan that will expose these employees to new skills that will help them achieve their goals. The plan can involve coaching, some formal training and mentorship opportunities.

“This is an investment in people,” Verdin said. “We want to think about how we prepare people for their next role. We ask questions about how we can grow our employees as our business grows.”

By investing time and resources into individuals, Verdin said it reinforces the company’s interest in the employee and their future. She noted that because a significant portion of biopharma employees have spent years preparing for a career in the life sciences, this kind of reassurance and additional training is worth its weight in gold.

AVROBIO also seeks employee input to discuss the company, address any concerns, or even implement new policies that are promoted by the employees. When she sits with members of the AVROBIO family, Verdin said she asks for their opinions about things they see at the company that may need attention. She also asks them if there are any changes they would suggest. Verdin shared that engaging with employees this way can lead to communal problem-solving.

Another development program the company has launched is AVROBIO University, which provides all employees who participate, regardless of their role at the company, with a deep dive into the science behind its gene therapy programs. AVROBIO is developing gene therapy treatments for three different rare lysosomal diseases: Fabry, Gaucher type 1 and cystinosis. Earlier this year, the company announced positive clinical data for all three assets. The data showed sustained and potentially transformative improvements in key biomarkers and functional metrics in the disease conditions.

At AVROBIO University, the participants are instructed by their own research scientists in all elements of the lentiviral gene therapy programs under development. Verdin said they will take the participant through DNA and RNA and “all the elements that go into gene therapy.” Sometimes the courses take a day, and other times they are taught over a period of weeks and months.

With the investment of time and education into employees who are looking for new challenges, Verdin said some of the AVROBIO team have actually shifted internal roles and career focus within the company. For example, a preclinical scientist now runs a process development program. An administrative assistant has shifted into clinical trial recruitment and a research scientist is now a medical monitor.

By engaging with employees and investing in their personal growth, Verdin said she hopes that employees understand how valued they are.

“We fight for our talent and they are all essential to us. When you’re in a knowledge-based group, the employees bring in qualities to our organization that are unique and we want them to know that,” she said.