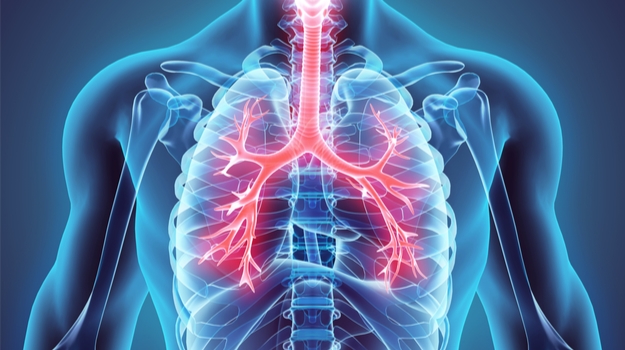 Here's why RTB101 was halted by the company.

Boston-based resTORbio announced topline data from the PROTECTOR 1 Phase III trial of RTB101 in clinically symptomatic respiratory illness (CSRI) in adults age 65 and older. The trial failed to meet its primary endpoint. The company halted the development of the drug for the respiratory disease but will continue to test it in other areas, including Parkinson’s disease. Shares plunged 74% in premarket trading at the news.

RTB101 is an oral, selective, and potent TORC1 inhibitor. TORC1 inhibition has shown therapeutic benefit in preclinical research of aging-related diseases such as Parkinson’s disease.

The PROTECTOR 1 Phase III trial was a randomized, double-blind, placebo-controlled trial to study the safety and efficacy of RTB101 10mg once a day for 16 weeks during winter cold and flu season to patients 65 years of age and older. It excluded current smokers and people with chronic obstructive pulmonary disease (COPD).

The trial's primary endpoint was the reduction in the percentage of patients with clinically symptomatic respiratory illness. CSRI was defined as an illness associated with a respiratory tract infection (RTI) based on specific diagnostic criteria.

More About the RTB101 Discontinuation

The trial randomized 1,024 patients 1:1 to receive RTB101 or placebo once a day for 16 weeks. The primary endpoint analysis found the odds of experiencing a CSRI were 0.44 in the placebo cohort and 0.46 in the RTB101 cohort.

“While we are disappointed in these results, there are extensive preclinical data supporting the potential therapeutic benefit of TORC1 inhibition in multiple aging-related diseases, including Parkinson’s disease, for which we have an active Phase Ib/IIa trial of RTB101 alone or in combination with sirolimus,” said Chen Schor, co-founder, president and chief executive officer of resTORbio.

Schor went on to say, “Multiple preclinical models have demonstrated that inhibition of TORC1 decreases protein and lipid synthesis, increases lysosomal biogenesis and stimulates the clearance of misfolded protein aggregates, such as toxic synucleins, that cause neuronal toxicity in Parkinson’s disease. We remain committed to exploring the potential benefits of TORC1 inhibition in patients, and we look forward to the data from our Parkinson’s disease trial, which we expect in mid-2020.”

reSTORbio has indicated it expects to conduct more analyses of the PROTECTOR 1 trial, including more data on safety and secondary and exploratory endpoints. These data are not available at this time.

In May 2019, the company reported positive Phase IIb trial data of RTB101 in reducing respiratory tract infections (RTIs). “These data presented at ATS (the American Thoracic Society International Conference in Dallas, Texas) show that RTB101 may reduce the incidence of respiratory tract infections caused by multiple viruses, most of which lack current treatments,” said William W. Busse, professor of Medicine, Allergy, Pulmonary and Critical Care Medicine, University of Wisconsin, at the time. “These findings are particularly encouraging in efforts to prevent not only respiratory infections in high-risk elderly asthma patients, but also the consequences of these illnesses—asthma exacerbations.”

On November 5, the company reported its third-quarter financial results. Part of the update included information on RTB101 in combination with sirolimus in Parkinson’s disease, which is expected to report data next year.

The company reported $36.217 million in earnings for the quarter. As of September 30, 2019, the company had cash, cash equivalents and marketable securities of $117.3 million, which was up from $108 million as of December 31, 2018. They believe that this provides them enough funds to continue operating through 2020.