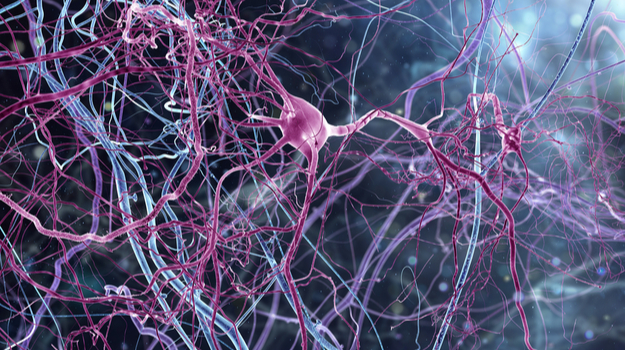 Researchers with the Howard Hughes Medical Institute have conducted research using Pfizer’s anti-smoking drug Chantix to control neurons. The research has broad potential for targeted treatments for neurological diseases like epilepsy or for pain treatment. Their research was published in the journal Science.

This field of chemogenetics has been studied for about the last 20 years, with scientists matching pairs of drugs with receptors that change the neuron activity in mice. But, Scott Sternson, group leader at the Howard Hughes Medical Institute’s Janelia Research Campus, stated, chemogenetics “often use molecules that would not be appropriate for human therapy. It’s still many steps to the clinic, but we’re trying to shorten that route.”

Sternson and his team searched through dozens of already-approved drugs before choosing Chantix. They then modified the structure of two different ion channel proteins so the drug would be more likely to bind. One protein stimulates neurons to send messages when varenicline attaches. Another protein blocks neurons from sending those messages when varenicline is present.

“These are the most chemogenetic receptors described so far,” Sternson stated.

Doses of varenicline much lower than needed to quit smoking were found to have a large effect on neural activity.

Currently, the research is used to learn more about neural activity and an animal’s behavior. Sternson’s group has also engineered other versions of varenicline that work at even lower doses and are better at targeting proteins.

This ability to selectively turn cells on or off could lead to more precise therapies for some diseases. One example is for severe epilepsy. Some patients whose disease is so severe they have surgery to remove part of the brain that is affected. Highly targeted drugs have the potential to treat these patients non-surgically. And Sternson speculates that it could be used to develop pain medications that target only the injured part of the body.

The institute has licensed Sternson’s technology to a new company, Redpin Therapeutics, which is evaluating it in preclinical trials.

Other companies working in the field of chemogenetics include Kallyope, a spinout from Columbia University. Kallyope’s work focuses on the gut-brain axis, what it calls “the bi-directional information highway between our gut and our brain.” The company is essentially using chemogenetics to study gut-brain interactions that affects certain diseases, such as Parkinson’s.

On Dec. 5, 2018, Kalliope expanded its Series B financing with another $21 million, bringing the total Series B round to $87 million. The expanded financing was led by Bill Gates, with participation from all previous Kallyope investors, Lux Capital, The Column Group, Polaris Partners, Illumina Ventures, Alexandria Venture Investments, Euclidean Capital, and Two Sigma Ventures.

Coda Biotherapeutics is also using chemogenetics techniques. It more directly is working to use gene therapy to “express a tunable ‘switch’ protein” which can activate or inactivate specific cells. Coda was launched in September 2018 with a $19 million Series A financing led by MPM Capital and Versant Ventures, joined by Astellas Venture Management and Novartis.

The company’s first focus is on managing chronic neuropathic pain. It is working to develop engineered neurotransmitter receptors that are activated only by orally bioavailable drugs to control the activity of hyperexcitable neurons responsible for the pain.