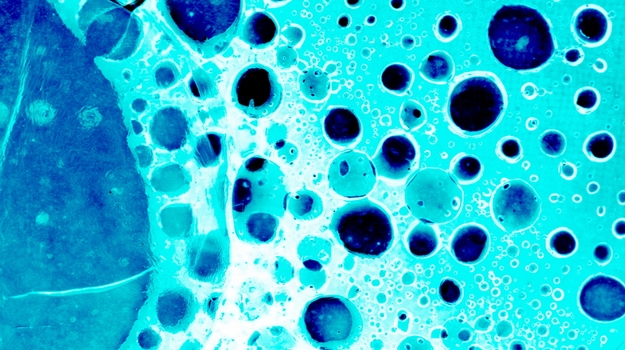 A group of researchers at Purdue University, led by Humaira Gowher, an associate professor in the Department of Biochemistry, identified an epigenetic process that controls the behavior of stem cell enhancers. In other words, Gowher and her team discovered that the OCT4 protein blocks a sequence of events that occurs when stem cells transition to any cells that aren’t reproductive cells, otherwise called somatic cells.

What does that mean?

If the cellular mechanisms that control the transition from stem cells to somatic cells don't stop correctly, cells can become cancerous. Gowher’s research points to a fundamental mechanism behind why some cells become cancerous.

The research was published in the journal Cell Reports.

“If you differentiate normal stem cells, they should silence their pluripotency gene enhancers, but these cells are not doing that,” Gowher said. “They’re leaving the enhancer program partially open. We’ve uncovered the issue that shelves these cells in some kind of intermediate, rather than in terminally differentiated, state.”

In earlier research, Gowher’s team found that when normal embryonic stem cells differentiate, they control their “stemness genes” by silencing certain control elements called enhancers. They do this via DNA methylation, which is a form of epigenetic silencing. A methyl group is a carbon atom with three hydrogen atoms attached to it, and when it is added to certain areas of the genome, acts as a switch, turning genes on or off under certain conditions.

“If you differentiate normal stem cells, they should silence their pluripotency gene enhancers, but these cells are not doing that,” Gowher said. “They’re leaving the enhancer program partially open. We’ve uncovered the issue that shelves these cells in some kind of intermediate, rather than in terminally differentiated, state.”

When the enhancers are primed, they may potentially reactivate, which leads to more cell multiplication. This mechanism is also related to why cancer stem cells become resistant to differentiation therapy. Differentiation therapy is a type of cancer treatment where malignant cells are treated with drugs that cause them to differentiate into more mature types. It’s because malignant cancer cells usually take on a less specialized, stem cell-like dedifferentiated form.

“What people have seen in some cancers is that enhancers exist in a primed state,” Gowher said. “It can potentially help the cancer stem cells survive and propagate. It’s a pro-survival mechanism.”

The activity of Lsd1 is inhibited by stem cell transcription factor OCT4 in these cells.

“Because of this aberrant presence of OCT4, cells aren’t completely differentiating,”  Gowher said. “If you could inhibit the OCT4-Lsd1 interaction, or target degradation of OCT4, that should allow the cells to differentiate. That could be a target for a cancer therapy.”

As their research continues, Gowher will try to determine the interface of Lsd1-OCT4 interaction as well as identify other transcription factors that might inhibit Lsd1 activity.

When embryonic stem cells (ESC) differentiate, pluripotency gene (PpG)-specific enhancers are silenced by way of DNA methylation. The authors note that studies by the Cancer Genome Anatomy Project (CGAP) show that one out of three cancers express PpGs. This suggests they play a role in dysregulated cell proliferation during the formation of tumors, i.e., tumorigenesis. There are other factors as well, but it appears that in order to continue to divide and grow, many cancer cells continue to express PpGs, which led to the development of terminal differentiation therapy.

This was consistent with deacetylation of H3K27, the 27th amino acid in Histone H3, a type of protein in the DNA molecule. But it also showed that there was an absence of Lsd1-mediated H3K4me1 demethylation at PpGe.

Which is a fairly complicated and detailed way of saying that they identified a mechanism that causes stem cells to head toward becoming regular somatic cells, but get stuck in an in-between state that can become cancer. And by learning more about this mechanism and targeting it, they may be able to halt cancer proliferation in its tracks.