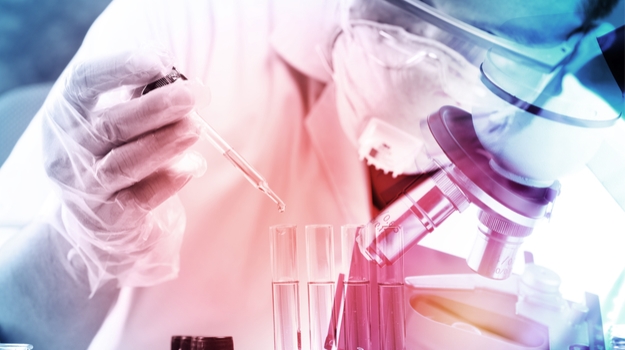 Researchers with the Flatiron Institute’s Center for Computational Biology (CCB), Princeton University, Rockefeller University and the Howard Hughes Medical Institute showed research that mutations in junk DNA can cause autism. So-called “junk” DNA are sections of the genome that don’t code for proteins. The research was published in the journal Nature Genetics.

The team used machine learning to analyze the whole genomes of 1,790 people with autism and their unaffected parents and siblings. There was no family history of autism, suggesting that there were likely spontaneous mutations instead of inherited mutations. The autism cases linked to noncoding mutations were comparable to mutations in protein-coding regions. Olga Troyanskaya of the CCB, stated, “This is the first clear demonstration of non-inherited, non-coding mutations causing any complex human disease or disorder.”

There are also implications for other diseases and the same techniques can be used to look at diseases like cancer and heart disease. Junk DNA was viewed as just that, junk, until fairly recently. But only about 1 to 2% of the human genome codes for proteins. The other 98%, the noncoding regions, assist in regulating when and where genes make proteins. Many of the noncoding mutations identified in autistic children changed gene regulation.

Protein “Coats” Increase Infectiousness and Link them to Alzheimer’s

Viruses interact with proteins in the biological fluids of hosts. This causes the proteins to form a coat of proteins on the viral surface. This increases the infectiousness of the virus and also assists in the formation of plaques seen in diseases like Alzheimer’s disease. Researchers from Stockholm University and Karolinska Institute published their research in the journal Nature Communications.

“The novel mechanisms described in our paper can have an impact not only on understanding new factors determining how infectious a virus is, but also on devising new ways to design vaccines,” stated Kariem Ezzat of Stockholm University and Karolinska Institute. “In addition, describing a physical mechanism that links viral and amyloid causes of disease adds weight to the increasing research interest in the role of microbes in neurodegenerative disorders such as Alzheimer’s disease and opens up new avenues for treatments.”

The researchers studied the protein corona of respiratory syncytial virus (RSV) in various biological fluids. They note that the protein corona signature of RSV in blood is very different than that in lung fluids. It is also different between humans and other species, such as rhesus macaque monkeys. Ezzat stated, “The virus remains unchanged on the genetic level. It just acquires different identities by accumulating different protein coronae on its surface depending on its environment. This makes it possible for the virus to use extracellular host factors for its benefit, and we’ve shown that many of these different coronae make RSV more infectious.”

A Possible Alternative to Virus as Gene Therapy Vectors—Gold

The typical vector for gene therapy is basically a hollowed-out, engineered virus. The most common is adeno-associated virus (AAV). But researchers at Fred Hutchinson Cancer Research Center have developed a simpler method to deliver gene-editing tools in laboratory models of HIV and inherited blood disorders using a gold nanoparticle. They published their research in the journal Nature Materials.

“As gene therapies make their way through clinical trials and become available to patients, we need a more practical approach,” stated senior author Jennifer Adair, with Fred Hutchinson. “I wanted to find something simpler, something that could passively delivery gene editing to blood stream cells.”

Delivering CRISPR gene-editing tools to cells involves a small electric shock, which can damage and even kill cells. If precision gene edits are needed, additional molecules must be engineered, which adds cost and time. Gold nanoparticles, which are about 1 billionth the size of a grain of table salt, allow other molecules to easily attach to them and stay stuck.

Reza Shahbazi, a postdoctoral researcher with the team, stated, “We engineered the gold nanoparticles to quickly cross the cell membrane, dodge cell organelles that seeks to destroy them and go right to the cell nucleus to edit genes.”

Researchers with Lyon’s Molecular Microbiology and Structural Biochemistry laboratory at CNRS/Universite Claude Bernard Lyon 1, recently published a paper in the journal Science where they filmed the process of antibiotic resistance acquisition in real time. Along the way they identified a key but unexpected aspect of its maintenance and spread within bacterial populations.

Bacteria’s antibiotic resistance is usually passed along because of bacteria’s ability to exchange genetic material via bacterial conjugations. Scientists have identified numerous genetic elements that can be transmitted this way and that carry resistance to most, and maybe all, classes of antibiotics. The research team studied E. coli resistance to tetracycline by placing a bacterium that was sensitive to the antibiotic in the presence of one that is resistant. Previous research has found that resistance involves the bacterium’s ability to expel the antibiotic using “efflux pumps” found on its membrane. In the experiment, the transmission of the DNA from one specific efflux pump, the TetA pump, was observed between the bacteria using fluorescent markers, and using live-cell microscopy, could visually track the transfer, which occurred in only one to two hours.

“We could even consider a therapy combining an antibiotic and a molecule able to inhibit this generalist pump,” stated Christian Lesterlin, Inserm researcher. “While it is still too soon to envisage the therapeutic application of such an inhibitor, numerous studies are currently being performed in this area given the possibility of reducing antibiotic resistance and preventing its spread to the various bacterial species.”

Scientists with Rockefeller University have identified new molecules that could be used to treat a variety of autoimmune diseases. In autoimmune diseases, the immune system mistakes normal cells for invaders, like viruses or bacteria, and causes the body’s immune system to turn on itself. Autoimmune diseases include Type 1 diabetes, lupus, and multiple sclerosis (MS). The researchers published their work in the journal Nature Communications.

The work revolved around an enzyme known as cyclic GMP-AMP synthase (cGAS). This was identified in 2013 and it detects and binds to cytosolic DNA and initiates a chain reaction that leads to immune activation, and typically with the destruction of the pathogen. But cGAS isn’t always an indication of infection. Sometimes the body’s own cells produce it, and it doesn’t discriminate between infectious and harmless DNA.

“There is no specificity,” stated postdoctoral associate Lodoe Lama. “So in addition to sensing foreign microbial DNA, cGAS will also sense aberrant cytosolic DNA made by the host. And this lack of self versus non-self specificity could be driving autoimmune reactions.”

By searching through a library of almost 300,000 small molecules, the team identified two molecules that showed some activity against cGAS. They then modified one of their original scaffolds to create three compounds that blocked cGAS activity in human cells, the first molecules known to do so. They are now being optimized for possible use in patients, with initial focus on a rare genetic disease called Aicardi-Goutieres syndrome.

Researchers at the University of Alabama at Birmingham developed a computer-assisted diagnostic procedure that can detect the growth of low-grade brain tumors earlier and at small volumes. The technique involves using digitizing magnetic resonance imaging scans of the tumors, including 34 grade 2 gliomas with radiological progression and 22 radiologically stable grade 2 gliomas. They published their research in the journal PLoS.

Physicians using the computer-assisted method diagnosed tumor growth in 13 of 22 glioma patients that were labeled as clinically stable by the radiological reports but didn’t find growth in the imaging-abnormality group. In 29 of the 34 patients with progression, the median time-to-growth detection was 14 months for the computer-assisted method compared to 44 months for the standard-of-care radiological tests.