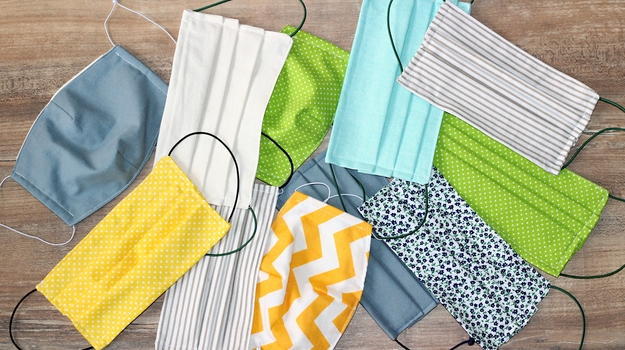 Masking Cuts COVID-19 Risk in Half

A review study published in the British Medical Journal conducted by researchers from Monash University in Melbourne, Australia, The University of Edinburgh, UK, and Zhejiang University School of Medicine, Hangzhou, China evaluated 72 studies to determine the effectiveness of eight public health measures used to protect against COVID-19. They narrowed it down to eight studies. In their metanalysis, they found several public health measures significantly decreased the risk of COVID-19.

In their review, handwashing appeared to suggest a 53% non-statistically significant reduction in COVID-19 incidence. Wearing masks demonstrated a 53% reduction in COVID-19 incidence, “although heterogeneity between studies was substantial.” Additional mask-wearing studies suggested in total 45.7% fewer COVID-19-related mortality in countries where mask-wearing was mandatory, although that would seem to be up for a lot of interpretation. Social distancing, based on five studies with a total of 2,727 people with SARS-CoV-2 and 108,933 participants found a 25% reduction in incidence of COVID-19.

“It is likely that further control of the COVID-19 pandemic depends not only on high vaccination coverage and its effectiveness but also on ongoing adherence to effective and sustainable public-health measures,” the authors wrote. They also emphasized that it was difficult to evaluate these measures because the studies were too varied in their methodology.

One of the findings that puzzled them, given that COVID-19 is an airborne disease, was the positive effects of handwashing. “It is likely that hand-washing is a marker for several protective behaviors such as avoiding crowds, distancing, and mask wearing,” they wrote.

How Muscles Repair Themselves

Cornell University researchers developed computational techniques to merge large sequencing datasets of single-cell RNA sequencing to study how muscle cells repair themselves. They combed 88 publicly available datasets and several of their own to develop what they call the scMuscle database. The scMuscle database includes transcriptomic data from about 365,000 cells involved in muscle injury. One of their findings is just how diverse gene expression signatures are when a muscle cell become injured. It involves a beehive of cellular activity, stem cells splitting and differentiating into numerous different specialized cells, each playing a significant role in healing. In the process, they turn on numerous genes, but as they begin to fuse, they hit a bottleneck where their gene expression patterns lock into place.

Researchers with the La Jolla Institute for Immunology discovered how a key protein known as TWEAK damages skin cells in psoriasis. Their research in mice and with human skin cells show the possibility that targeting the protein might help control the disease. But TWEAK works with two other proteins, tumor necrosis factor (TNF) and interleukin-17 (IL-17) to trigger inflammation. The three proteins seem to control the manufacture of inflammatory molecules and the expression of more inflammation-associated proteins in the disease. TNF and IL-17 are already targets for drugs against psoriasis, but the discovery of TWEAK will add another target to potential therapies. Current therapies don’t decrease disease by 100% and don’t cure. In their studies, if you inhibit TWEAK you get the same therapeutic effect as inhibiting TNF or IL-17.

How Insulin in the Brain Affects Dopamine Levels

Insulin is an important neurotransmitter for the reward system in the brain, specifically for dopamine. Insulin decreases the dopamine levels in the striatum, the part of the brain that regulates reward processes and cognitive functions. Researchers at the German Center for Diabetes Research in Tubingen, Germany studied 10 healthy, normal-weight men who were give insulin or a placebo by way of a nasal spray. In this way, the insulin reaches the brain directly. They combined MRI to assess functional brain activity and PET scans to assess dopamine levels. They found that the insulin lowered dopamine levels and caused changes in the brain’s network structure. In short, it provided direct evidence of how and where in the brain the signals that are triggered after eating interact. Those signals include insulin release and the reward system. They believe that changes in the whole-brain networks and insulin and dopamine may be important drivers of obesity and related diseases.

Cone Snail Venom Might Be Source of Diabetes Treatment

Venom from reptiles and other animals are often complex molecules that have been found, with refinement, to be the basis of drugs. For example, a common diabetes drug, GLP-1 analogs, are based on the venom of Gila monsters. Scientists with the University of New Hampshire have found that variants of cone snail venom might be the basis of new fast-acting drugs for diabetes. They found that cone snail venom causes a severe low blood sugar (hypoglycemic) reaction. And unlike insulin produced in the pancreas, the venom’s peptide sequence, which binds to human insulin receptors, is shorter. They used the sequences of the peptides in the venom of C. geographus, the cone snail, as a template to model six different analogs, all made up of shorter peptide chains than human insulin. In computer models in a “near-physiological environment” they found that each insulin complex was stable, even more so than naturally occurring human insulin.

Understanding the Structure of HIV Capsids

The capsid is the outer protein shell of a virus, which encloses the genetic material, RNA or DNA. The HIV-1 capsid is notorious for changing its protein structure and has been difficult to isolate intact in sufficient quantities to analyze. Also, the methods most commonly used to purify viral capsids cause the HIV-1 capsid to dissociate. Researchers at the University of Oxford developed a new technique to isolate the HIV-1 capsids that instead of using detergent extraction, punched the membrane of HIV virus-like particles with a pore-forming toxin. They then used electron tomography and subtomogram averaging to analyzing how the HIV-1 capsid interacted with Cyclophilin A (CypA) and cofactor IP6 (inositol hexakisphosphate). This allowed the researchers to determine the capsid’s structure alone as well as in its complex with CypA and IP6. They published their research in Science Advances.

“In collaboration with Professor Juan Perilla’s group in the University of Delaware, using information derived from electron tomography, we also built an atomistic model of the whole HIV capsid which could serve as a blueprint for the development of capsid-targeting antivirals,” said study leader Peijun Zhang, director of the eBIC at Diamond Light Source and Professor of Structural Biology at Oxford. “The perforation of the enveloped virus membrane also provides a novel approach to study host-virus interaction for other viral systems.”