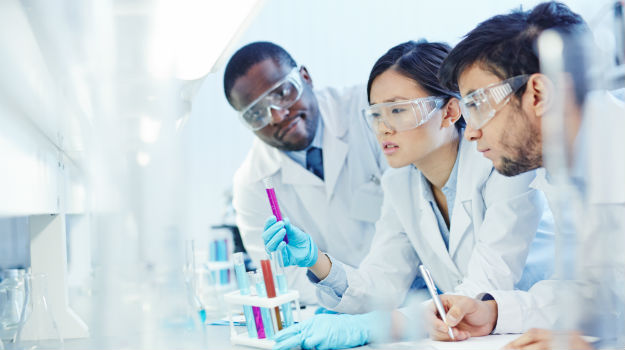 Norovirus: There’s an App for That

Norovirus is a highly infectious microbe linked to 20 million cases of food poisoning in the U.S. annually. It’s also associated with widespread illness on cruise ships or other self-contained environments like conferences or college dorms. It’s also very potent, with just 10 viral particles able to cause illness in humans. A group of researchers at the University of Arizona have developed a simple, portable and inexpensive smartphone-based app for detecting low levels of norovirus. The research was published in the journal ACS Omega.

Norovirus detection is typically conducted in a laboratory using microscopes, lasers and spectrometers. The group’s techniques involve paper in the form of microfluidic chips and a smartphone.

“Paper substrate is very cheap and easy to store, and we can fabricate these chips easily,” stated Soo Chung, a biosystems engineering doctoral student in the Department of Biomedical Engineering at the University of Arizona in the laboratory of Jeong-Yeol Yoon. “This rapid, low-cost water quality monitoring technology could be a transformational tool for reducing both local and global disease burdens.”

The technique involves adding potentially contaminated water to one of a paper microfluidic chip. At the other end, researchers added minuscule, fluorescent polystyrene beads. Each bead is bound to an antibody against norovirus. If the norovirus is present, the antibodies attach to a virus, creating a clump of fluorescent beads. The clumps are large enough to be detected and photographed with a smartphone microscope. A smartphone app then counts the illuminated pixels in the image to identify the number of aggregated beads, providing the number of norovirus particles. The most expensive aspect is the smartphone microscope, which runs less than $50.

Researchers at Uppsala University and spin-off company Vesicode AB created a way to identify what tissues exosomes come from. All cells release exosomes, transporting protein and nucleic acids between cells. They have been viewed as possible biomarkers for tumor progression and early detection of neurodegenerative diseases, but they’ve been difficult to detect. The new technique maps surface protein complements on large numbers of individual exosomes.

Although the correlation between diabetes and cancer is well known, the mechanism behind it is not. However, recent research shows that DNA is damaged more often and gets repaired less often when blood sugar levels are high. This increases cancer risk, and, one would think, the risk of other diseases as well. The increased risk for cancer in diabetic patients is as high as 2.5-fold. Hormonal dysregulation was generally believed to be the primary factor and how it leads to chronic inflammation. However, although that may very well be a factor, the new research shows that elevated blood sugar levels make the genome unstable.

Danish researchers found that people who carry 10 kilograms, or about 22 pounds, excess body fat have a 17% increased risk of developing depression. However, they didn’t find that the location on the body of the fat made a difference, suggesting that the risk for depression is psychological (or societal) in nature, not physiological. The researchers analyzed two large genetic data sets from the UK Biobank and the Psychiatric Genomics Consortium.

Telomeres are the protective caps at the end of chromosomes. This allows chromosomes to continue replicating and dividing. They are also implicated in aging, because as we age, our telomeres slowly become shorter. Mitochondria are organelles in the cells that provide energy. New research finds that malfunctioning mitochondria initiate a chain reaction that can damage telomeres. This has long been believed, but researchers at UPMC Hillman Cancer Center proved it, using a form of fluorescent tags that was able to observe the previously unseen damage to the telomeres. They believe it could have implications in improving photodynamic cancer therapy, as well as other potential therapies to inhibit damage to the telomeres.

Researchers at Washington University School of Medicine in St. Louis and biotech startup VaxNewMo have developed an experimental vaccine against K. pneumoniae that is effective in mice. Klebsiella pneumoniae are bacteria that typically live in people’s intestines and feces and are generally harmless in the intestines. If they spread to other parts of the body, they can cause severe infections. A particularly virulent strain of the bacteria has emerged, hvKp, which causes severe, often fatal disease in healthy people. And there are increasing reports of multidrug-resistant hvKp.

The research team genetically engineered a harmless strain of Escherichia coli (E. coli), causing it to manufacture a glycoprotein found on the surface of Klebsiella. These were linked to another protein to make the vaccine more effective, called a glycoconjugate vaccine. Another bacterial enzyme was used to link the proteins and sugars.