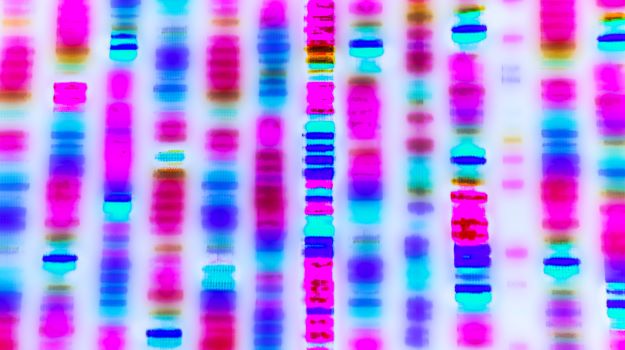 When the results of the Human Genome Project were announced in 2000, it was a rough draft of the human genome. About 8% was missing, largely because of the technology used at the time. No one has completely sequenced the human genome since, at least until now (probably). An international research consortium co-led by the University of California, Santa Cruz, recently reported they had completely sequenced the human genome, although it has not yet been published, and Karen Miga, a researcher at UCSC, indicated she won’t consider it official until the paper is peer-reviewed and published in a technical journal. It was published on a pre-print server, bioRxiv.

Earlier technology, using Illumina sequencers, took small fragments of DNA, sequenced them, then reassembled them. This works well for the majority of the genome, but not in parts of the DNA that is made up of long repeating patterns. For example, if a sequence that was AGAGAGA went on for hundreds of base pairs, that approach doesn’t work well. The new technology, developed by Pacific Biosciences (PacBio) and Oxford Nanopore, doesn’t cut the DNA. The PacBio sequencers leverage lasers to analyze the same DNA sequence over and over, creating a highly accurate readout. The Oxford Nanopore runs the DNA through a minuscule hole, forcing it into a very long sequence.

Although long repeating units of DNA were often viewed as “non-coding,” no one really knows. And one very interesting aspect of these repeating areas is they make up the centromeres, the bundles of DNA that hold chromosomes together and play a significant role in cell division.

And it was that question that led to her and NIH researcher Adam Phillippy, forming the consortium and the initiative, called the Telomere 2 Telomere Consortium in 2019.

Researchers at the University of British Columbia found that Ewing sarcoma cells create a kind of shield that protects them from the blood stream and other locations. They believe it may also occur in other types of cancer cells. Ewing sarcoma, an aggressive and often fatal childhood cancer, turns on a naturally occurring gene on the cell surface called IL1RAP, which results in a protein protective shield. The researchers believe that they should be able to develop treatments that target IL1RAP without producing toxic side effects in non-cancerous cells.

A new study published in the Journal of Infection found that there was an increased risk of side effects after the first Pfizer-BioNTech COVID-19 vaccine if people had previous COVID-19 infection. The study surveyed 974 UK healthcare workers. One in four had a previous positive test and 30 of them, out of 974, said they had long COVID-19 with a median duration of 9.3 months. Being female and younger was associated with an increased risk of vaccination adverse events. The most common symptoms were fever, fatigue, muscle pain, joint pain, and lymph node pathology.

Gene IDed that is Associated with Ewing Sarcoma

Investigators at University of North Carolina Lineberger Comprehensive Cancer Center discovered a gene, OTUD71, that is involved in the development of Ewing sarcoma, a bone cancer found in children. They also identified a molecule that might block OTUD7A protein activity. The EWS-FLI1 fusion protein is found in about 85% of Ewing sarcoma patients. It is made up of pieces of two other proteins and is unique to Ewing sarcoma and only produced in cancer cells. Working with Atomwise, an AI company focused on identifying and developing drugs, they screened four million small molecules and identified 7Ai, which showed the ability to decrease tumor formation in mice that were grafted with human Ewing sarcoma cells.

Odyssey Group International completed development of their novel nano-particle drug formulation. This formulation was engineered to improve brain distribution of its PRV-002 to treat concussion, or mild traumatic brain injury. The drug is a novel neurosteroid that has been formulated into a nano-particle powder. The powder can be pre-filled into the company’s nasal device for clinical trials expected to start this summer. The drug formulation is to improve the drug’s chances of crossing the blood-brain barrier, which decreases systemic exposure to other organs.

Non-alcoholic steatohepatitis (NASH) is a fatty liver disease that occurs in people who drink little or no alcohol but can progress to cirrhosis. It is associated with type 2 diabetes and obesity. Patients with non-alcoholic fatty liver disease (NAFLD) is the most common cause of chronic liver disease and these patients are at higher risk of NASH. NASH patients appear to be a high risk of developing hepatocellular carcinoma (HCC), a type of liver cancer. A recent study out of the University of California San Diego School of Medicine in a mouse model found that diet played a critical role in NASH progressing to liver cancer. They published their research in the journal Cellular and Molecular Gastroenterology and Hepatology.

“While the mice that continued on a Western diet developed HCC and had an increased risk of death, 100% of the mice that stopped the diet survived the length of the study without developing HCC,” said Debanjan Dhar, co-senior author of the study and assistant professor in the Department of Medicine, Division of Gastroenterology at UCSD School of Medicine. “This indicates that NASH and HCC may be a preventable disease and that diet plays a crucial role in the disease outcome.”