Researchers Believe an Enterovirus is at the Root of Rare, Polio-Like Disease 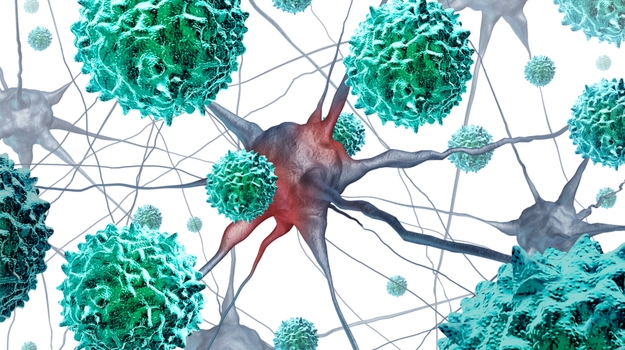 Acute flaccid myelitis is a rare, polio-like disease that has afflicted more than 500 children in the United States over the past five years. Researchers now believe they may have evidence a virus is at the root of the paralyzing condition.

First reported by STAT, researchers believe enterovirus D68 (EV-D68) could be one of the viruses at the core of the mysterious disease. The researchers used a method to pull evidence of viral infections from the spinal fluids of 42 patients with acute flaccid myelitis, STAT said. The fluids revealed the presence of EV-D68, as well as antibodies from enteroviruses, which are a group of viruses that include the polio virus. The researchers were quick to point out that their research is not definitive pinpointing EV-D68 as the culprit, but it’s regarded as a big step in understanding the source of the illness.

Michael Wilson, an assistant professor of neurology at the University of California, San Francisco (UCSF), who helped lead the research team, told STAT that the results of the research are a “roadmap for rapid development of enteroviral cerebrospinal fluid antibody assays” that will “enable efficient clinical diagnosis of enterovirus-associated AFM in the future.” While Wilson said the research suggests further development of those assays, he was quick to point out that the research conducted by his team has not been peer reviewed.

A preliminary report of data from Wilson’s research has been published in the preprint journal Biorxiv, STAT said. The U.S. Centers for Disease Control and Prevention, which took part in Wilson’s research, told STAT that the research found immune responses to enterovirus in spinal fluid. Such evidence, the CDC said, is an “important first step toward a diagnostic test for AFM and a path toward treatment.”

According to the CDC, there has been a significant rise of AFM patients since 2014. Of those, more than 90% had a mild respiratory illness or fever that was consistent with viral infection prior to the development of AFM. That’s one of the things that has made so difficult to diagnose. By the time the symptoms appear, the virus has typically cleared up, Wilson said. Last year the CDC report 232 cases of AFM and nine have so far been diagnosed in 2019.

The CDC said it has observed a pattern of the onset of the neurologic symptoms between August and October, which is the time of year that many viruses typically circulate, including enteroviruses.

While the research is promising, Wilson noted that more work has to be done before a definitive answer is agreed upon. Wilson told STAT that more work will have to be done to determine the thresholds for how much of the enterovirus antibody is needed to link it to AFM. Wilson and a team of researchers are using a bacteriophage method developed at Harvard Medical School to reach those answers. With that in hand, the work continues, he said.