LEXINGTON, Mass. and AMSTERDAM, Oct. 21, 2021 (GLOBE NEWSWIRE) -- uniQure N.V. (NASDAQ: QURE), a leading gene therapy company advancing transformative therapies for patients with severe medical needs, today announced the appointment of Rachelle Jacques to its Board of Directors. Ms. Jacques, who will serve on the Board’s Audit Committee, has more than 25 years of industry experience in strategic, cross-functional executive roles spanning finance, business operations, manufacturing, and commercial. She has led successful launches of several rare disease therapies including the recent approval of a Regenerative Medicine Advanced Therapy (RMAT)-designated product, one of only three since the program inception in 2016.

"It is with great pleasure that we welcome Rachelle to the uniQure board,” stated Matthew Kapusta, chief executive officer of uniQure. “Her considerable biotechnology experience, including her work in the rare disease space across many functional areas, will be a valuable asset for uniQure as we work to advance our pipeline candidates.”

“I am pleased with this opportunity to join the uniQure Board of Directors at such an exciting time for the Company,” stated Ms. Jacques. “I look forward to partnering with Board members and providing consult to management as it prepares to submit a BLA in hemophilia B, advances its Huntington’s disease clinical program, and develops its pipeline of promising gene therapy candidates.”

Since February 2019, Ms. Jacques has served as the Chief Executive Officer of Enzyvant Therapeutics Inc, focusing on the development of transformative regenerative therapies for rare diseases. From August 2017 to February 2019, she served as the Senior Vice President and Global Complement Franchise Head at Alexion Pharmaceuticals, Inc., where she was responsible for global franchise strategy development and execution across the therapeutic areas of hematology, nephrology, and neurology. From January 2016 to June 2017, she was Vice President of U.S. Hematology Marketing at Baxalta Inc. and then Shire plc, following Shire’s acquisition of Baxalta in 2016. From July 2015 to June 2016, she served as Vice President of Business Operations at Baxalta Inc. after its spinoff from Baxter International Inc. Ms. Jacques held multiple leadership positions at Baxter, including Vice President of Finance, U.S. BioScience Business. Earlier in her career, Ms. Jacques served in various roles at Dow Corning Corporation, including operational management positions in the U.S., Europe, and China.

Ms. Jacques received her B.A. degree in business administration from Alma College. She has also served as a financial auditor for Ernst & Young and Deloitte and Touche. Since April 2019, Ms. Jacques has served on the Board of Directors of Corbus Pharmaceuticals (NASDAQ: CRBP), and from April 2020 to February 2021, she served on the Board of Directors of Viela Bio. She is co-chair of the Alliance for Regenerative Medicine (ARM) Tissue Engineering & Biomaterials Committee and is a founding member of the ARM Action for Equality Task Force.

uniQure is delivering on the promise of gene therapy – single treatments with potentially curative results. We are leveraging our modular and validated technology platform to rapidly advance a pipeline of proprietary gene therapies to treat patients with severe genetic diseases of the central nervous system (CNS) and liver, including clinical programs in hemophilia B and Huntington's disease and preclinical candidates in Fabry disease, spinocerebellar ataxia Type 3, temporal lobe epilepsy, Alzheimer’s, Parkinson’s, and ALS. www.uniQure.com

A photo accompanying this announcement is available at https://www.globenewswire.com/NewsRoom/AttachmentNg/e0201875-d1e1-446e-aab8-c9fbcc664b81 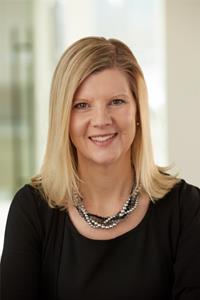