~ Historic approval provides a new treatment option that reduces the rate of annual bleeds, reduces or eliminates the need for prophylactic therapy, and generates elevated and sustained factor IX levels ~ 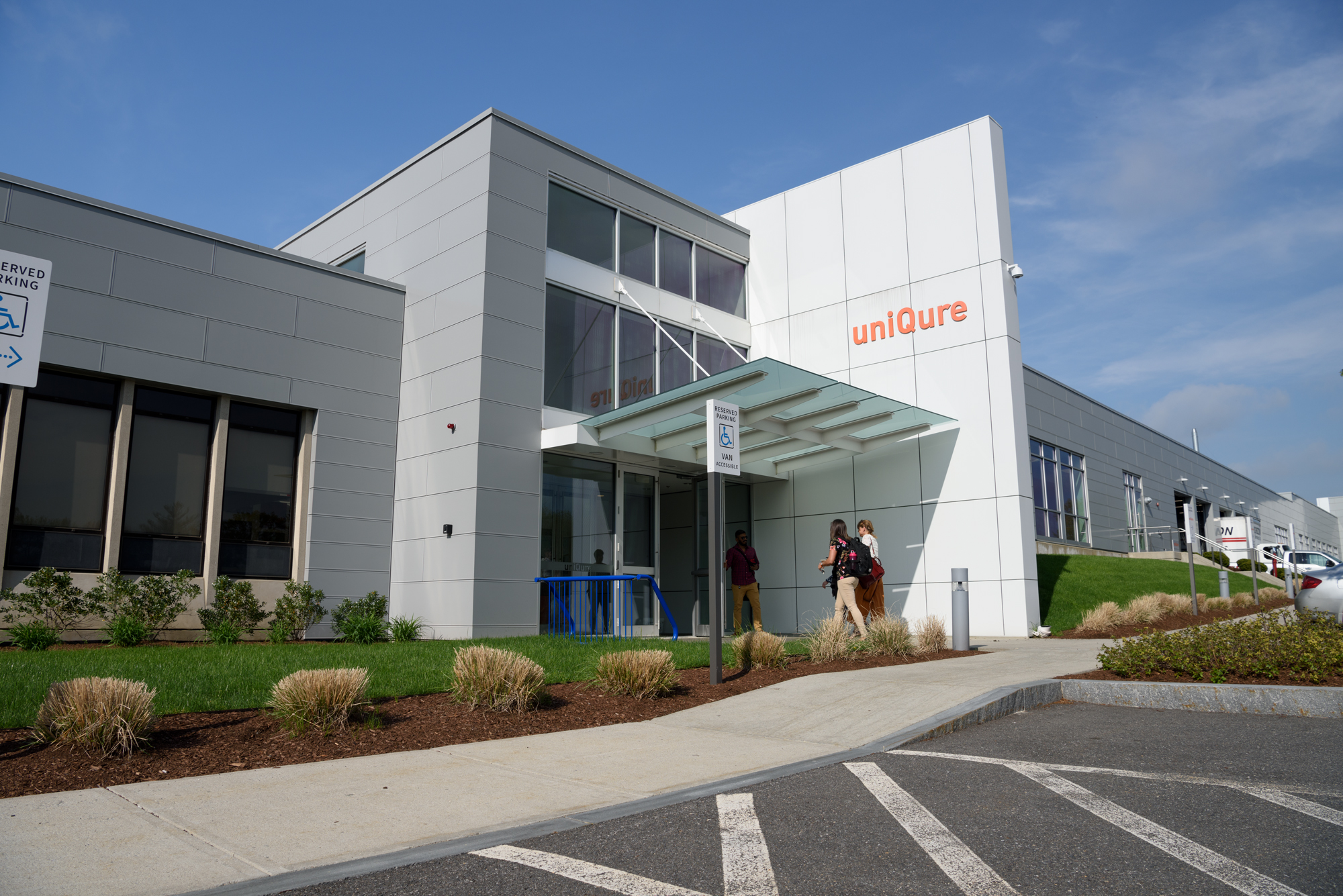 The product is approved for the treatment of adults with hemophilia B who currently use factor IX prophylaxis therapy or have current or historical life-threatening hemorrhage or have repeated, serious spontaneous bleeding episodes. CSL licensed the exclusive global rights to HEMGENIX from uniQure in May 2021 and is now solely responsible for the further development, registration, and commercialization of the therapy.

“Today’s landmark approval represents a major milestone in the field of genomic medicine and ushers in a new treatment paradigm for patients living with hemophilia B,” said Matt Kapusta, chief executive officer of uniQure. “This is uniQure’s second internally-developed gene therapy to achieve approval and the world’s first gene therapy for hemophilia B, an historic achievement based on more than a decade of research and clinical development, as well as the tireless dedication of our employees, clinicians, patients and their families. For nearly 25 years, uniQure has been driven by a singular mission: to transform peoples’ lives by harnessing the power of gene therapy. This groundbreaking approval delivers on this promise by providing people with hemophilia B the possibility of being liberated from burdensome infusions and an ability to unlock the potential in their daily lives. We offer our sincere gratitude to the hemophilia community, without whose years of dedication and invaluable support this medical breakthrough could not have been achieved.”

Hemophilia B is a rare, lifelong bleeding disorder caused by a single gene defect, resulting in insufficient production of factor IX, a protein primarily produced by the liver that helps blood clots form. Treatments for moderate to severe hemophilia B include prophylactic infusions of factor IX replacement therapy to temporarily replace or supplement low levels of blood-clotting factor and, while these therapies are effective, those with hemophilia B must adhere to strict, lifelong infusion schedules. They may also still experience spontaneous bleeding episodes as well as limited mobility, joint damage or severe pain as a result of the disease. For appropriate patients, HEMGENIX allows people living with hemophilia B to produce their own factor IX, which can lower the risk of bleeding.

In the ongoing clinical trial, HEMGENIX reduced the rate of annual bleeds and 94 percent of patients discontinued factor IX prophylaxis and remained prophylaxis-free. 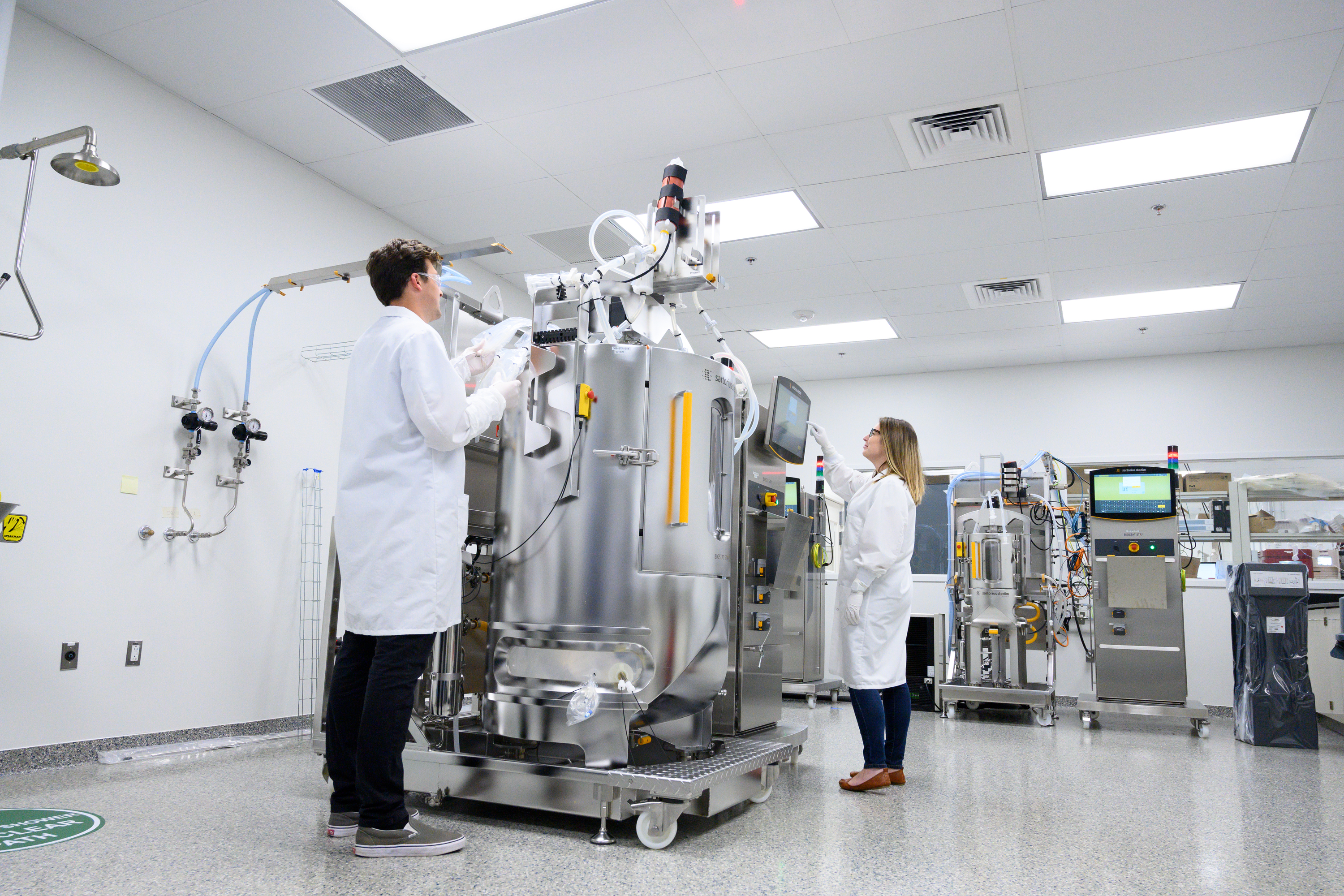 uniQure conducted the research and clinical development for the product, which included three clinical trials across 34 global sites and involving 67 adults with hemophilia B. In May 2021, uniQure and CSL completed a licensing transaction providing CSL Behring with exclusive rights to commercialize and continue clinical development of HEMGENIX globally. uniQure is responsible for the global manufacturing of the product at its licensed Lexington, MA facility. Under the terms of the agreement, uniQure has received payments from CSL totaling approximately $500 million and is eligible to receive up to an additional $1.5 billion in commercial milestone payments and tiered, double-digit royalties in a range up to a low-twenties percentage of net product sales arising from the collaboration.

“CSL is proud to have been at the forefront of providing life-changing medicines for rare diseases for over a century. HEMGENIX, originally developed by our uniQure colleagues, is just such a medicine. Today’s historic approval builds on CSL’s promise to put patients first in all that we do to discover, develop and deliver biotherapeutics and vaccines that meet their needs,” said Dr. Bill Mezzanotte, head of research & development and chief medical officer of CSL. “With HEMGENIX, CSL now offers people living with Hemophilia B another remarkable option for better and more durable control over their disease.”

“We are thrilled to witness this milestone in hemophilia B treatment,” shared Kim Phelan, chief operating officer of the Coalition for Hemophilia B. “Over the years we have seen a variety of advancements for the hemophilia community, but gene therapy is the first treatment option to offer those living with hemophilia B and caregivers the possibility of freedom from the need for regular, ongoing infusions.”

The FDA approval is supported by results from the pivotal HOPE-B trial, the largest gene therapy trial in hemophilia B to date. Results from the study demonstrated that HEMGENIX allowed patients to produce mean factor IX activity of 39 percent at six months and 36.7 percent at 24 months post infusion. Seven to 18 months post-infusion, the mean adjusted annualized bleeding rate (ABR) for all bleeds was reduced by 54 percent compared to the six-month lead-in period on factor IX prophylactic replacement therapy (4.1 to 1.9). In addition, 94 percent (51 out of 54) of patients treated with HEMGENIX discontinued use of prophylaxis and remained free of previous continuous routine prophylaxis therapy. The most common side effects (incidence ≥5%) were liver enzyme elevations, headache, elevated levels of a certain blood enzyme, flu-like symptoms, infusion-related reactions, fatigue, nausea and feeling unwell.

“HEMGENIX is unique in its approach to increase mean factor IX activity and hemostatic protection in those with hemophilia B, and today’s approval could fundamentally transform the treatment paradigm for this life-long condition,” said Dr. Steven Pipe, professor and the Laurence A. Boxer Research professor of pediatrics and professor of pathology at the University of Michigan and a lead investigator in the HOPE-B study. “As a clinician, I look forward to being able to provide a new treatment option that may help patients treated with HEMGENIX become free from the regular infusion schedule that many people living with hemophilia B rely on to protect them from the debilitating effects of the condition.”

HEMGENIX is currently under assessment by other regulatory agencies. Product information on HEMGENIX, including its prescribing information, will be provided by CSL Behring.

About Hemophilia B
Hemophilia B is a life-threatening rare disease. People with the condition are particularly vulnerable to bleeds in their joints, muscles, and internal organs, leading to pain, swelling, and joint damage. Current treatments for moderate to severe hemophilia B include life-long prophylactic infusions of factor IX to temporarily replace or supplement low levels of the blood-clotting factor.

About HEMGENIX
HEMGENIX is a gene therapy that reduces the rate of abnormal bleeding in eligible people with hemophilia B by enabling the body to continuously produce factor IX, the deficient protein in hemophilia B. It uses AAV5, a non-infectious viral vector, called an adeno-associated virus (AAV). The AAV5 vector carries the Padua gene variant of Factor IX (FIX-Padua) to the target cells in the liver, generating factor IX proteins that are 5x-8x more active than normal. These genetic instructions remain in the target cells, but generally do not become a part of a person’s own DNA. Once delivered, the new genetic instructions allow the cellular machinery to produce stable levels of factor IX.

About the Pivotal HOPE-B Trial
The pivotal Phase III HOPE-B trial is an ongoing, multinational, open-label, single-arm study to evaluate the safety and efficacy of HEMGENIX. Fifty-four adult hemophilia B patients classified as having moderately severe to severe hemophilia B and requiring prophylactic factor IX replacement therapy were enrolled in a prospective, six-month or longer observational period during which time they continued to use their current standard of care therapy to establish a baseline Annual Bleeding Rate (ABR). After the six-month lead-in period, patients received a single intravenous administration of HEMGENIX at the 2x10^13 gc/kg dose. Patients were not excluded from the trial based on pre-existing neutralizing antibodies (NAbs) to AAV5.

A total of 54 patients received a single dose of HEMGENIX in the pivotal trial, with 53 patients completing at least 18 months of follow-up. The primary endpoint in the pivotal HOPE-B study was ABR 52 weeks after achievement of stable factor IX expression (months 7 to 18) compared with the six-month lead-in period. For this endpoint, ABR was measured from month seven to month 18 after infusion, ensuring the observation period represented a steady-state factor IX transgene expression. Secondary endpoints included assessment of factor IX activity.

No serious adverse reactions were reported. One death resulting from urosepsis and cardiogenic shock in a 77-year-old patient at 65 weeks following dosing was considered unrelated to treatment by investigators and the company sponsor. A serious adverse event of hepatocellular carcinoma was determined to be unrelated to treatment with HEMGENIX by independent molecular tumor characterization and vector integration analysis. No inhibitors to factor IX were reported.

What is HEMGENIX?
HEMGENIX®, etranacogene dezaparvovec-drlb, is a one-time gene therapy for the treatment of adults with hemophilia B who:

HEMGENIX may lead to elevations of liver enzymes in the blood; therefore, ultrasound and other testing will be performed to check on liver health before HEMGENIX can be administered. Following administration of HEMGENIX, your doctor will monitor your liver enzyme levels weekly for at least 3 months. If you have preexisting risk factors for liver cancer, regular liver health testing will continue for 5 years post-administration. Treatment for elevated liver enzymes could include corticosteroids.

What should I watch for during infusion with HEMGENIX?
Your doctor will monitor you for infusion-related reactions during administration of HEMGENIX, as well as for at least 3 hours after the infusion is complete. Symptoms may include chest tightness, headaches, abdominal pain, lightheadedness, flu-like symptoms, shivering, flushing, rash, and elevated blood pressure. If an infusion-related reaction occurs, the doctor may slow or stop the HEMGENIX infusion, resuming at a lower infusion rate once symptoms resolve.

You are encouraged to report negative side effects of prescription drugs to the FDA. Visit www.fda.gov/medwatch, or call 1-800-FDA-1088.

You can also report side effects to CSL Behring’s Pharmacovigilance Department at 1-866-915-6958.

About uniQure
uniQure is delivering on the promise of gene therapy – single treatments with potentially curative results. We are leveraging our modular and validated technology platform to rapidly advance a pipeline of proprietary gene therapies to treat patients with hemophilia B, Huntington's disease, refractory temporal lobe epilepsy, Fabry disease, and other diseases. www.uniQure.com 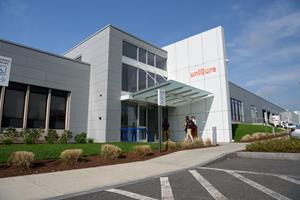 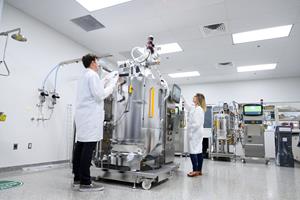