LA JOLLA, Calif., Jan. 4, 2019 /PRNewswire/ -- The Board of Trustees of the Salk Institute, in consultation with the faculty and a search committee comprised of Board members, voted to extend a new five-year term to Rusty Gage, who became the Institute's President a year ago, expanding his tenure through 2024. 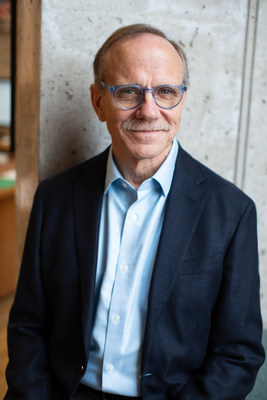 "Aside from being a globally renowned scientist, Rusty is an inspiring leader whose energy, steadfastness and thoughtfulness have been invaluable in helping to guide the Institute. He has accomplished a great deal over the past year," says Board Chair Dan Lewis. "The Board is delighted that he will lead Salk forward into our next chapter, as we continue to tackle the most pressing questions in science and to work for the betterment of humanity. Together, working with the Salk faculty, we will set a vision for how scientific research will evolve going forward."

"Having called the Salk Institute home for more than 23 years, it has been an honor to serve as its president and help lead this extraordinary community," says Gage. "I am delighted to have the opportunity to continue building on our progress in advancing Salk's mission and collaborating with so many inspiring individuals whose sights are always fixed on the horizon."

Under Gage's leadership, the Institute launched major, bold new research efforts (the Harnessing Plants and Conquering Cancer initiatives); recruited dynamic new faculty members Kay Tye and Dannielle Engle; and established an Office of Equity and Inclusion. In addition, Gage, a world-renowned neuroscientist, led the Institute in the successful application for a $19.2 million award from the American Heart Association-Allen Initiative in Brain Health and Cognitive Impairment to undertake a comprehensive eight-year investigation of the mechanisms underlying Alzheimer's disease and aging-related cognitive decline in an effort to uncover new therapies.

Gage has been on the faculty of the Salk Institute since 1995. He holds the Vi and John Adler Chair for Research on Age-Related Neurodegenerative Disease. Gage's work concentrates on the adult central nervous system and the unexpected plasticity and adaptability to environmental stimuli that mammals retain throughout life. Aside from being the recipient of many scientific awards, Gage also belongs to several scientific societies, including the American Academy of Arts and Sciences, the National Academy of Medicine, the National Academy of Sciences and the American Philosophical Society. He previously served as the president of the Society of Neuroscience and the International Society for Stem Cell Research.

About the Salk Institute for Biological Studies:
Every cure has a starting point. The Salk Institute embodies Jonas Salk's mission to dare to make dreams into reality. Its internationally renowned and award-winning scientists explore the very foundations of life, seeking new understandings in neuroscience, genetics, immunology, plant biology and more. The Institute is an independent nonprofit organization and architectural landmark: small by choice, intimate by nature and fearless in the face of any challenge. Be it cancer or Alzheimer's, aging or diabetes, Salk is where cures begin. Learn more at: salk.edu.