Regeneron Pulls the Plug on Osteoarthritis and Cat Allergy Therapies 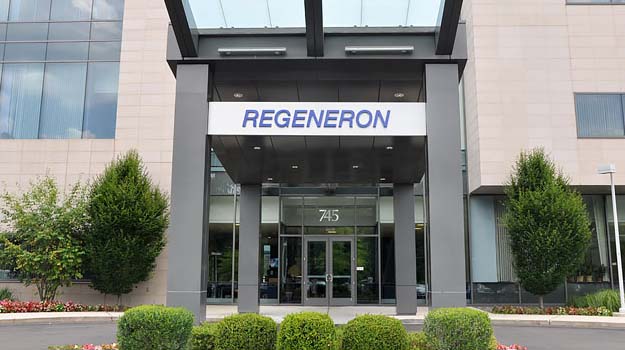 Regeneron Pharmaceuticals has pulled the plug on an experimental osteoarthritis pain treatment that raised some safety flags during years of clinical development, the company announced in its third quarter report Thursday.

During clinical trials dating back a decade, the antibody designed to target Nerve Growth Factor (NGF), a protein that plays a central role in regulating pain signaling, was beset with multiple safety issues.

In 2012, the FDA placed fasinumab and other investigational anti-NGF agents on partial clinical hold due to reports of sympathetic nervous system toxicity in mature animals being treated with other NGF antibodies.

Six years ago, the FDA placed a Phase IIb study on clinical hold after observing a case of adjudicated arthropathy, a disease of the joint. That patient had been receiving a high dose of fasinumab during the clinical program.

Regeneron did not offer additional details on why it pulled the plug on its clinical programs for this antibody.

Regeneron was not developing fasinumab alone. In 2016, Teva Pharmaceuticals handed over $250 million to partner with Regeneron on the development of fasinumab. One year before that, Regeneron and Mitsubishi Tanabe Pharma Corporation entered into a licensing agreement for the anti-NGF antibody.

Beyond fasinumab, Regeneron also pulled the plug on its experimental treatment for people with cat-allergic asthma. The company noted the study of the experimental anti-Fel d 1 treatment was halted due to futility. The Phase III trial was assessing a single dose of REGN1908-1909 compared to placebo.

Cat allergy is primarily caused by exposure to Fel d 1, which is the major allergen in cat dander. Last year, the company posted positive Phase IIa data at the 2021 American Academy of Allergy, Asthma and Immunology meeting.

Beyond the termination of the two programs, Regeneron saw a 15% decrease in revenue, primarily due to declining sales of its COVID-19 treatment, REGEN-COV. Overall, sales for the quarter were $2.94 billion. If REGEN-COV was not factored into the company's revenue stream, Regeneron's quarterly sales would have increased by 11%, the company reported.

Overall, Regeneron is set to close out the year's final quarter with positive momentum. The company has approximately 35 product candidates in clinical development, including several marketed products for which it is investigating additional indications.