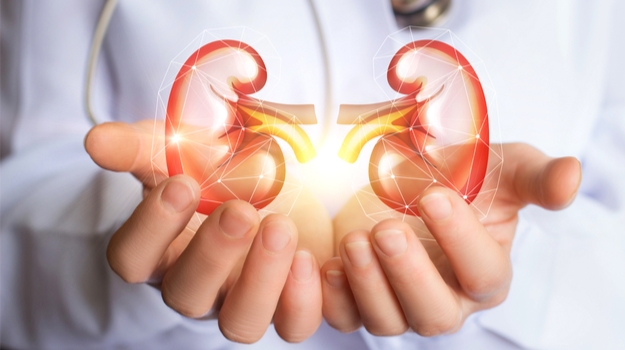 Alport syndrome is a rare, genetic form of CKD caused by mutations in the genes that encode for type IV collagen, a major structural component of the glomerular basement membrane in the kidney. These patients have a progressive loss of kidney capacity to filter waste products, which can lead to end stage kidney failure (ESKD), requiring chronic dialysis or a kidney transplant.

“The first-year results from the CARDINAL study are very promising,” said Lisa Bonebrake, executive director of the Alport Syndrome Foundation. “This provides hope to the entire Alport syndrome community that we could finally have the first therapy to treat this rare, genetic kidney disease.”

Bonebrake went on to say, “The Alport Syndrome Foundation is grateful to the patients who participated in the study. Their willingness to contribute to our understanding of bardoxolone is a gift to all patients facing the devastating impact that Alport syndrome can have on their lives, others with the disease in their family, and those who care about them.’

The Phase III portion of CARDINAL is an international, multi-center, double-blind, placebo-controlled, randomized registrational trial. It enrolled 157 Alport syndrome patients at about 50 sites in the U.S., Europe, Japan, and Australia. About 15% of the participants were pediatric patients.

The patients were randomized 1:1 to bardoxolone or placebo. The primary endpoint was change in eGFR after 48 weeks of treatment. After 52 weeks, patients who made it to the first 48 weeks were restarted on the drug study with their original treatment assignments and continued for a second year. The second-year group will be evaluated after 100 weeks and the retained eGFR will be studied at Week 104 after withdrawal of the drug for four weeks.

Based on the results, Reata plans to submit regulatory filings to the U.S. Food and Drug Administration (FDA) and other international regulatory agencies.

“Patients living with Alport syndrome experience a severe and progressive loss of kidney function that can lead to the need for chronic dialysis treatment or a kidney transplant in the prime of their lives,” said Warren Huff, Reata’s president and chief executive officer. “The CARDINAL trial of bardoxolone is the first study in which a therapy halted the progression of chronic kidney disease in patients with Alport syndrome. On behalf of everyone at Reata, I would like to express my sincere appreciation to all of the patients, families, and investigators who are participating in the ongoing CARDINAL study.”

Company shares rocketed 156.7% in October. There were three aspects to this climb. First, the company announced it was buying back the rights to a group of next-generation Nrf2 activators, causing shares to jump 13%. They had been formerly licensed to AbbVie. Then shares leapt 57% on October 14 when Reata announced positive top-line data from a Phase II trial of omaveloxolone for neurodegenerative disease Friedreich’s ataxia. The shares continued to rise 30.5% after that. After today’s news, the stock did not appear to climb any more.