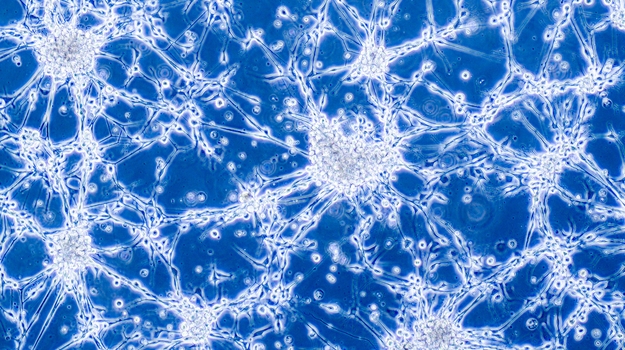 In the last year or two there has been increased attention paid to glioblastoma, the type of brain tumor that took the life of Arizona Senator John McCain in 2018. It is an aggressive brain cancer, the most common form. It makes up 16% of all brain malignancies. It is considered rare, affecting 3 out of 100,000 people in the U.S., with 13,000 new cases each year. It is aggressive, spreading throughout the brain, but for reasons not understood, does not metastasize outside the brain. It is difficult to treat, essentially incurable.

Researchers led by Texas A&M University’s College of Veterinary Medicine & Biomedical Sciences have identified a new pathway they believe may help suppress the development of glioblastoma tumors. The pathway in question involves the AH receptor, which controls the expression of a diverse group of genes. Their research was published in the Journal of Biological Chemistry.

“We found the AH receptor—which was previously reported in the literature to be a pro-invasion gene—actually blocked invasion of glioblastoma cells,” stated Stephen Safe, Distinguished Professor of Veterinary Physiology & Pharmacology. “When we add certain AH receptor ligands (molecules that bonds to another molecule), we observed a potent inhibition of glioblastoma cell invasion. Basically, we’ve shown that it’s a good gene that can be targeted by drugs to make it even more effective.”

Part of the nature of glioblastomas is that it typically has tendrils that spread through the brain, making them difficult and often impossible to completely remove through surgery. Various cells also respond differently to therapies.

In collaboration with researchers at the Detroit Medical Center, the research group used patient glioblastoma cells and cells that were used in earlier published research. They analyzed the AH receptor and several other receptor ligands, including Kynurenine. Previous studies found that the AH receptor and Kynurenine were involved in metastasis of glioblastoma cells in the brain.

However, this research contradicts those findings, suggesting that AH receptors provide a protective function rather than stimulate glioblastoma cell invasion. They also found that when they added AH receptor ligands, but Kynurenine was not active, the brain was better protected from the cancer. The findings suggest that the AH receptor would be a potential target for drugs against glioblastoma, which is the continuing research of the A&M team.

“This study opens up a new way for developing potential clinical applications,” Safe said. “Whether this line of inquiry will be successful remains to be seen, but our work may offer hope for a disease which has such a poor prognosis.”

Recent research by scientists at the University of California San Diego School of Medicine in mice took a unique approach that shows a lot of promise. In addition to targeted cancer therapy, they used the multiple sclerosis (MS) drug teriflunomide, which is marketed under the brand name Aubagio by Sanofi Genzyme. The research was published in the journal Science Translational Medicine.

“We used to think we’d find a single magic bullet to treat everyone with glioblastoma,” stated Jeremy Rich, senior author and director of neuro-oncology and director of the Brain Tumor Institute at UC San Diego Health. “But now we realize that we need to find out what drives each patient’s unique tumor, and tailor our treatments to each individual.”

The researchers note that even when traditional chemotherapy and radiation kill off most of a patient’s glioblastoma cells, they don’t always destroy the cancer stem cells. This allows the cancer to return indefinitely.

Conducting the research on mice with glioblastoma tumor cells implanted from brain cancer patients, they found that the glioblastoma cells shrank significantly when exposed to both Aubagio and a targeted cancer drug, BKM-120 (buparlisib).