Pfizer’s Bourla on Drug Pricing: “We Have a Problem Here” 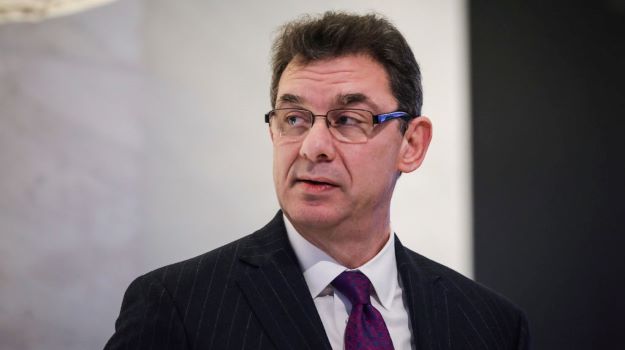 Albert Bourla, chief executive officer of Pfizer, argued at the Yahoo Finance’s All Markets Summit this week that politicians were approaching the problem of drug pricing the wrong way — as usual.

The Biden Administration in August released a plan to decrease prescription drug costs covered by the Medicare program. One of the components of the plan was to allow Medicare to be able to negotiate to secure the best prices, which is currently prohibited by law. The plan also calls for drug companies that raise prices “faster than inflation” to pay a penalty and to cap the amount Medicare beneficiaries pay out-of-pocket for prescription drugs each year.

At the time, President Biden said, “Right now, we pay the highest prescription drug cost prices of any developed nation in the world — the highest. My Build Back Better Plan is going to lower prescription drug costs by finally giving Medicare the power to negotiate the prices of drugs they purchase for the American people, saving Americans hundreds of billions of dollars.”

Those initiatives were dropped from the plan after key Democrats objected to it.

“The issue of drug pricing is a real issue in the U.S.,” Bourla said. “But it is not the issue that some people think and present.”

A report issued by the RAND Corporation in January 2021 noted that U.S. prescription drug prices are higher than in other countries, with U.S. prices averaging 2.56 times more than what is reported in 32 other countries.

Bourla noted, “We have a problem here. The Americans are paying for their medicines like they don’t have insurance, although they do have insurance. And this needs to change. This needs to make sure that this will not be the case moving forward. I’m sure if they have to pay less, that will be a cost and the system will have to absorb the cost. Who is paying for that cost?”

Bourla’s rationale is that prescription drug prices are only a small portion of overall U.S. health care spending. Medicines represent 12% of costs to the system. “This is how much the employer, this is how much Medicare pays to us in terms of how much it pays to hospitals, physicians, everybody else. So by definition, this cannot be the big problem when we are 12%.”

He also pointed out that drug prices have been going down. Pfizer cited a 5% drop in net pricing of drugs in the U.S., a consistent trend.

“I’m sure the patients taking our medicines didn’t experience this -5%,” Bourla said. “They experience 2, 3, 5, 10, 20% sometimes increases in how much they have to pay … for the cost of the medicine. The two are not connected.”

But according to the Government Accountability Office (GAO), prescription drug spending has increased. The 12% figure is up from 7% in the 1990s. And a report by the IQVIA Institute for Human Data Science cited U.S. patients paying $67 billion out of pocket for prescriptions at retail pharmacies in 2019. That raises a question as to whether people are under-insured, uninsured, or insurance companies are not paying for drugs.

“Where we disagree,” Bourla said, “is policies that will take all the money from the pharmaceutical industry and move them to the black hole of the federal budget to do other things. This is not the issue right now. The issue is the out-of-pocket costs of patients, which are very, very high. That’s what we need to address.”