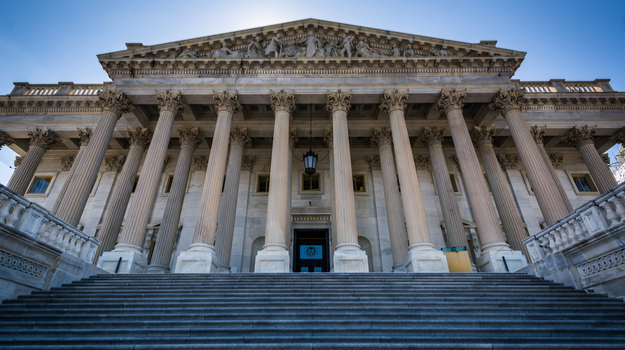 Representatives from five of the nation’s biggest pharmacy benefits manager companies faced members of Congress on Tuesday as lawmakers continue to press pharma players on the high costs of prescription drugs in the United States.

Sen. Ron Wyden, an Oregon Democrat and outspoken critic of high prescription prices, set a contentious tone with the PBM representatives by referring to their roles as “middlemen that strike mysterious deals with drugmakers,” CNBC reported. Wyden noted that behind-doors meetings rarely result in any act of charity toward consumers, according to the report.

Representatives from CVS, CIGNA, OptumRx, a subsidiary of UnitedHealthcare, Prime Therapeutics and Humana were all on hand in Washington as political pressure heats up in advance of the 2020 elections. As could be expected, during their testimonies before Congress, the PBM representatives pointed the finger at the pharma companies over the rising costs. Earlier this year, pharma companies placed the blame on PBMs.

Pharmacy benefits manager play an important role in the price consumers pay for prescription medications. Drug manufacturers set a gross or list price for their medications, but that is not the retail price that consumers pay due to a number of cost-cutting programs in place, including rebates and bulk discounts. The PBMs work with insurance companies to negotiate rebates from the drugmakers that are expected to be used to lower the price of medication that consumers pay at their neighborhood pharmacy.

The Trump administration has proposed plans that could eliminate the rebate system. Human Services Secretary Alex Azar floated a proposal that would encourage manufacturers to pass discounts directly to patients instead of insurers.

PBMs have questions that proposal, arguing that only a small percentage of patients would actually benefit from the point-of-sale rebates proposal, while most patients will pay more. Howard Deutsch, lead of the Managed Care Strategy practice at consulting firm ZS, told BioSpace that the concerns raised by the PBMs are technically true, because at this time, the majority of patients “don’t incur significant out-of-pocket costs on rebated drugs.”

“The primary issue in the landscape—and why this conversation is continuing—is that the economic model around drug pricing and discounting is not patient-centered. The pharmaceutical industry is currently structured in a way that puts the primary cost burden on the most ill. So, because there are more healthy people than sick people, PBMs, health plans and employers can argue that reform will create costs for more people than for whom it would reduce costs,” Deutsch told BioSpace.

In addition to Deutsch, Ted Okon, the executive director of the Community Oncology Alliance, was also highly critical of the PBMs. Okon said that Tuesday’s hearing was a reminder that PBMs “refuse to acknowledge their responsibility for causing completely unnecessary pain and suffering to patients with cancer, while also fueling higher drug prices through manufacturer rebates and by extorting fees from pharmacy providers.” Okon said the PBMs are a “big part of the problem” of high drug prices.

“PBMs have a financial vested interest in the highest drug list prices possible in order to maximize the rebates they demand from drug manufacturers, through spread pricing, and via so-called ‘DIR Fees’ they extort from pharmacy providers. PBMs sit in the shadows of our health care system and do nothing for patient care while siphoning off billions of dollars in fees and dictating patient access to care,” Okon said.

Earlier this year, representatives from pharma advocacy groups PhRMA and BIO, as well as some lawmakers, have charged that the rebates are not passed along to consumers as intended. During the hearing on Tuesday, Sen. Sheldon Whitehouse, a Rhode Island Democrat, asked the PBM executives if they would be opposed to legislation that would permit federal agencies access to drug pricing data in order to increase transparency. The PBM executives were unopposed to the idea but expressed an interest in keeping the data confidential.

Whitehouse was somewhat sympathetic to the PBMs. He said he was in “awe of the pharmaceutical industry’s Jiu-Jitsu magic to have gotten their prime antagonists to become the focus of the problem,” according to the CNBC report.

For their part, PBMs have been trying to get out in front of the pricing issue. Last year, CVS unveiled its CVS Pharmacy Rx Savings Finder. The company said the new tool will provide retail pharmacists the ability to quickly evaluate individual prescription savings opportunities at the pharmacy counter. The tool will also enhance existing savings offered by CVS Caremark, the company’s pharmacy benefits manager, the company said.