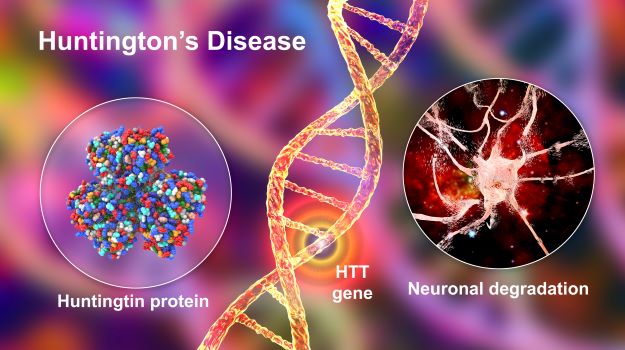 Protein degradation is an up-and-coming approach that most often is used in oncology. Now, Origami Therapeutics is among the first to apply it to genetic neurodegenerative disorders, targeting proteins that otherwise have been considered undruggable.

“In neurodegeneration, there are proteins that have become toxic in the cell, and we want to get rid of them,” Beth Hoffman, Ph.D., founder, president and CEO of Origami, told BioSpace. “Protein degraders are a way to remove specific proteins that are causing disease.”

Origami’s approach, a platform technology dubbed Oricision™, is notable on at least two points. First, she said, it’s focusing on diseases that affect the central nervous system rather than oncology. “In oncology, you want to attack and kill the cancer cells, but in neurodegeneration, we want to get rid of the toxic proteins and we also want the cells to live and actually thrive.” Degraders can do this by targeting specific proteins even though they lack identified binding sites, which makes this a notable approach. 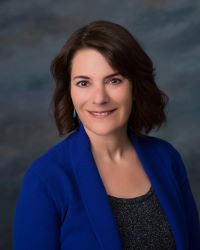 The other key point is that “With neurological disorders, you want to get your therapeutics into the brain,” Hoffman said. “Our protein degraders are small molecule monovalent therapeutics.” Because of their small size, they can cross the blood-brain barrier.

The monovalent aspect enables precise delivery with minimal off-target effects. “We want to restore normal function without hijacking any of the cell pathways. Therefore, we’re focusing specifically on the target that we know causes the disease.”

Huntington’s disease is Origami’s first indication. This is a well-defined genetic condition that can benefit from precision medicine. The genetics and the mechanisms are well-understood, which enhances the chances of successful clinical trials later on. Once Oricision technology is validated in this disorder, the company expects to begin to address other indications, such as amyotrophic lateral sclerosis (ALS), Parkinson’s and Alzheimer’s diseases.

The technology appears promising, but, Hoffman acknowledges, this will need to be validated in clinical trials. “With protein degradation, we're trying to cover a number of the gaps some of the previous efforts may have had.”

“If this approach is proven to be safe and effective, with good benefit and low risk, there is an opportunity to treat patients even before symptoms appear and, more importantly, before brain cells are lost, which is the key problem in the disease,” Hoffman said.

The beginning of human trials is a few years away. Origami is at the discovery stage today, assessing its protein degraders on spheroids – human brain cells derived from induced pluripotent stem cells (iPSCs). The company’s research team is also looking at blood and muscle cells, which are also affected by Huntington’s disease.

The decision to use human iPSCs rather than mouse models is a differentiator that should accelerate time to clinic. Hoffman used human cells in her work at Vertex Pharmaceuticals, where she helped develop several successful cystic fibrosis products.

“That’s very successful and allows us to understand in a very deep way what our compounds are doing in terms of making cells better. Using human cells helps increase our probability of success in the clinic,” she said. Clinical trials naturally will focus on symptomatic patients and measure either improvement or lack or progression.

As its name implies, Origami also is delving into precision protein folding modulation, specifically assessing molecules (called correctors) that help proteins refold “so they don’t unfold and become toxic,” Hoffman said. “Proteins can unfold and be degraded by the natural cellular pathways. You can help them unfold using small molecule protein degraders, so this is really two sides of the same coin.”

Hoffman’s overall goal is to prevent disease. So, although the use of cell and gene therapy to regenerate function gets a lot of attention in the media, “That’s very difficult to do in the brain. The best path, then, is to prevent disease. There are multiple ways to do that – not just with drugs, but with proper medical care, exercise and diet. There are lots of ways people can improve their quality of life.”

Origami’s way is to address genetic disorders through protein degradation and, ideally, treat people early to try to prevent symptoms of the disease from occurring. “With chronic progressive diseases, it’s not just the individual that is affected, but the family, friends and caregivers, as well,” she pointed out.

The science, at this point, appears relatively straightforward. Origami is now focused on attracting champions to help the company advance toward its next inflection point. To that end, Hoffman presented Origami Therapeutics and its Oricision technology recently at the Y Combinator 2022 Winter Batch Demo Day.

The company is self-funded so far, collaborating with bench scientists, contract research organizations and others, and benefitting from the startup company education that the Y Combinator accelerator program provides. Now, at Y Combinator’s Demo Day, Hoffman plans to close a seed financing round to accelerate pipeline development and expand the team.