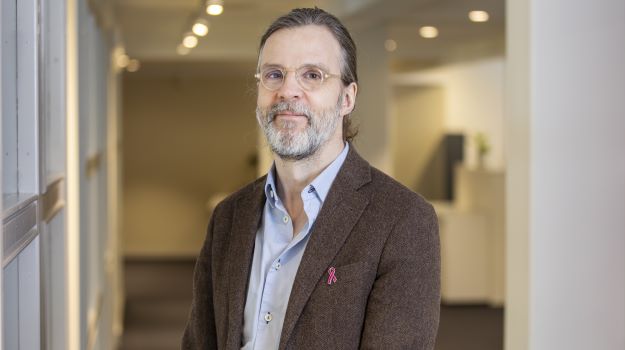 The FDA’s Oncologic Drugs Advisory Committee (ODAC) voted 14-2 against Oncopeptides’ Pepaxto, a drug that has been on the market since 2021 for multiple myeloma under an accelerated approval pathway. A confirmatory trial showed mixed benefit results.

The ODAC meeting was held to finalize the discussion on the benefit-risk profile of Pepaxto.

The advisory panel was asked to vote on the question: “Given the potential detriment in overall survival (OS), failure to demonstrate a progression-free survival (PFS) benefit, and lack of an appropriate dose, is the benefit risk profile of melphalan flufenamide favorable for the currently indicated population?”

The answer was an overwhelming “no.”

The FDA felt there were “several limitations to the Sponsor’s assertions,” including that the subgroups identified were listed as exploratory analyses and weren’t powered appropriately.

Oncopeptides also argued the OS results in the OCEAN study might be related to a “differential treatment effect of pomalidomide on overall survival based on age rather than due to a safety signal” with their own drug. The FDA noted that this was again a post hoc exploratory analysis.

The FDA documents concluded, “the preponderance of evidence from the prespecified analysis on the ITT population and in all other subgroups suggests an increased risk of death in patients and a potential for harm with melphalan flufenamide.”

Pepaxto (INN melphalan flufenamide) was granted accelerated approval by the FDA on February 26, 2021. It was indicated in combination with dexamethasone for adults with relapsed or refractory multiple myeloma after at least four previous lines of therapy.

The approval was built on the HORIZON trial of 97 patients. The overall response rate (ORR) in that population was 23.7% with a median duration of response (DOR) of 4.2 months. Safety concerns were raised over myelosuppression.

As part of the accelerated approval, the agency required Oncopeptides to run post-approval studies to verify the clinical benefit of the drug. In that regard, the company launched the Phase III OCEAN trial.

Oncopeptides received the results from OCEAN in summer 2021.

“We hit the primary endpoint, but the OS hazard ratio was 1.1,” Jakob Lindberg, CEO, told BioSpace in an interview Friday morning. “The FDA issued a safety warning and eventually we voluntarily withdrew the product, and more or less started to dismantle the company.”

Oncopeptides then went to the European Medicines Agency, where the drug was up for consideration and told them, ‘We guess it’s basically game over,” Lindberg shared.

The EMA, however, said it didn’t understand that conclusion and asked to assess the data itself.

Oncopeptides then made additional assessments and analyses of the comparator, Bristol Myers Squibb’s Pomalyst (pomalidomide).

In June, the drug received full approval in Europe for an earlier line of therapy. Since Oncopeptides was convinced it was pomalidomide that confounded the result, it contacted the FDA in January with a request to rescind the October withdrawal.

This reconsideration was based upon further analysis of the heterogeneous OS data from the OCEAN trial and other studies.

“We wanted to have a dialogue with the FDA about this,” Lindberg noted. “Because if we were right, it has large implications for how we treat patients.”

From Lindberg’s point of view, the ODAC meeting was unexpectedly contentious. It “felt like there was bad blood in the room, and I don’t know how we ended up there,” he said.

He said the full approval in Europe caught the FDA by surprise, even though the FDA had been invited for full participation in their deliberations.

“The level of friction at the ODAC meeting was a bit higher than I would like,” Linberg said. “I hope we can find ways to move forward. I think our findings about pomalidomide are really, really important. It’s hugely beneficial to young patients, but much less so in the old, and you don’t see it in the surrogates. We need to get this right.”

The FDA is likely to respond in the next two weeks. Oncopeptides expects to launch the drug in October in Europe. Meanwhile, it remains approved in the U.S.

Lindberg added the company is willing to do another confirmatory trial, but that without U.S. sales, it will be difficult to fund. The hope, he said, is to be allowed to continue to provide the drug in the U.S. while Oncopeptides discusses a confirmatory trial design with the FDA.