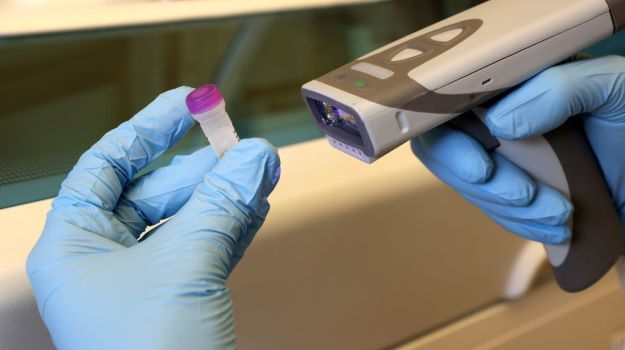 A week ago, Novavax announced a Memorandum of Understanding (MOU) with Gavi, the Vaccine Alliance, to provide 1.1 billion doses of NVX-CoV2373, its COVID-19 vaccine candidate, for the COVAX Facility. The vaccine will be manufactured and distributed around the world by Novavax and Serum Institute of India (SII). SII has an existing deal with Gavi.

Currently, the vaccine is being evaluated in two ongoing pivotal Phase III trials in the U.S. and Mexico, as well as the UK. On January 28, the company reported positive interim data from the UK trial. The vaccine demonstrated efficacy of 95.6% against the original Wuhan wildtype strain and 85.6% against the UK variant. Novavax also reported progress from its ongoing Phase IIb trial in South Africa, demonstrating a 60% efficacy. That study included HIV-positive patients, who had a 49% efficacy against the South African variant.

Novavax is located in Gaithersburg, Maryland. Its vaccine is a made up of a stable, prefusion protein manufactured using the company’s proprietary nanoparticle technology and its proprietary Matrix-M adjuvant.

If authorized, many experts think it offers potential advantages over its competitors, namely Pfizer-BioNTech, Moderna, Johnson & Johnson, and AstraZeneca-Oxford. To date, only the Pfizer-BioNTech and Moderna COVID-19 vaccines have been granted emergency use authorization (EUA) in the U.S., although the J&J vaccine will be reviewed tomorrow by the U.S. Food and Drug Administration (FDA)’s vaccines advisory committee meeting, with a possible and likely EUA within a few days.

Novavax focuses entirely on vaccines, but despite being in business since 1987, has no marketed vaccines. And according to The Wall Street Journal, in January 2020, staffers met to discuss how to salvage their careers. They only had enough cash for about six months and its shares were trading for less than $4, giving the tiny company—about 10 staff—a market value of $127 million.

Even with its potential technical advantages, Novavax has some challenges. It’s likely to be fourth authorized in the U.S., and both Pfizer-BioNTech and Moderna will have supplied a significant proportion of the U.S. market before Novavax is likely to be granted authorization in the U.S. On the other hand, there’s the rest of the world. According to a World Health Organization report, as of last week, there were 130 countries that have not received a single dose of a COVID-19 vaccine.

Another problem is Novavax does not have much of a manufacturing base. The company sold off some of its manufacturing assets in 2019 because it needed the cash.

Investors who hung in there have been rewarded so far, with shares up to $229, an increase of 106% this year alone.

John Moore, an immunologist at Weill Cornell Medical College in New York, told the WSJ, the Novavax vaccine “looks as strong as any vaccine, and it may have better durability.” He said he was encouraged by early data last year, enough so that he volunteered for a clinical trial and acquired some company stock, which he has since sold.

Despite the competition, another viable vaccine would be welcome, even in the U.S., where bottlenecks in manufacturing and distribution have slowed getting shots into arms. Novavax believes it can manufacture a couple billion doses over the next year, starting around April 2021.

“I admire their tenacity, their persistence, their never-say-die approach,” said Roger Pomerantz, an infectious disease and vaccine veteran and chief executive officer of ContraFect Corp. “But at the end of the day, you need to see vaccines.”

An advantage of the Novavax shots—two doses—is they don’t need to be frozen, unlike the Pfizer-BioNTech and Moderna vaccines. Its technology is largely traditional, although it has some proprietary methodologies. Its tech is similar to vaccines on the market for shingles and hepatitis B.

Sixteen years ago, Novavax’s lead product was a cream for hot flashes targeting postmenopausal women, but it wasn’t selling. With bankruptcy on the horizon, it turned to Gale Smith, a molecular biologist who was running the company’s vaccine group. Smith, now 71, had co-invented a technique as a graduate student that used baculoviruses as a vector to transport DNA of an infectious agent into insect cells in order to develop vaccines. This technique is used for flu vaccines and the human papillomavirus (HPV) vaccine.

Over the years, however, Novavax used the methodology for HIV, SARS, swine flu, Ebola, MERS and other vaccines, and while they gained government and nonprofit funding, none of their vaccines made it to market. Sometimes the vaccines failed in trials, but other times the epidemics faded, which decreased the need for the vaccines.

The company pivoted from work on a flu vaccine to the COVID-19 virus, based on earlier work on coronaviruses. They ran into problems early—no money to make their shots in bulk—and turned to the U.S. government for help, lining up $2 billion in combined funding from Operation Warp Speed, the Coalition for Epidemic Preparedness Innovations, and money from a hedge fund.

Like other companies, Novavax is working to make sure its vaccine works better against variant strains. And it remains to be seen if the company will have much of a presence in the U.S. market, should it get authorized by the FDA. However, as Larry Corey, an infectious disease specialist at the Fred Hutchinson Cancer Research Center, said, “Its global applicability and potential are very high.”