NKMax Rebrands As NKGen Ahead of Next Clinical Trial Launch, Off-The-Shelf Testing 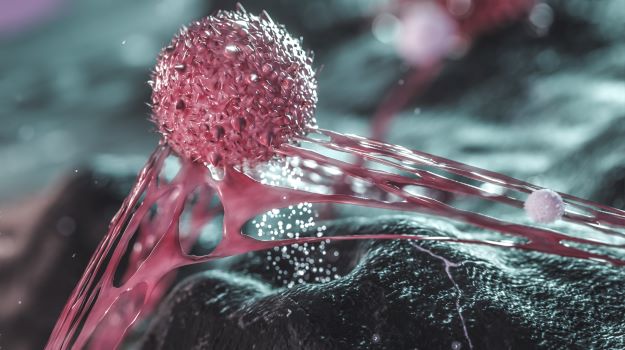 Days after announcing the U.S. Food and Drug Administration (FDA) has cleared the next clinical trials to launch for its lead natural killer (NK) cell therapies, NKMax America announced it has renamed itself NKGen Biotech to better align with its core focus and is planning to expand its lead therapy into off-the-shelf therapeutics.

NKGen’s lead product is SNK-01, an autologous NK cell immunotherapy that is being tested for cancer and neurodegeneration as both a monotherapy and in combination with immunotherapies and other antibodies. The new trial will combine SNK-01 with Affimed N.V.’s AFM24, a bispecific innate cell engager that recruits CD16A-positive NK cells and macrophages to the tumor site while also binding to EGFR-positive solid tumors.

The companies announced the partnership last October, along with an option to expand the trial from autologous SNK-01 treatment to an allogeneic, off-the-shelf version of the cell therapy. To date, SNK-01 has been tested in seven other clinical trials, all as an autologous product manufactured from cells derived from patients. But the company also announced plans for its allogeneic NK cell platform next year.

Autologous cell therapies pose fewer safety risks as they do not have host compatibility issues, and autologous therapies like bluebird bio’s chimeric antigen receptor (CAR) T cell Abecma have had regulatory success. Abecma was approved in patients with multiple myeloma this week. But autologous therapies are expensive and difficult to scale up.

NKGen is also testing SNK01 in a Phase I trial for patients with Alzheimer’s disease and other neurodegenerative diseases.

Heidelberg-based Affimed launched a Phase I/IIa trial for AFM24 as a monotherapy in advanced lung, colon, and other solid tumor malignancies last year. In June, the company reported no dose-limiting toxicities were seen in the first dose cohort and it was moving on to test a higher dose.