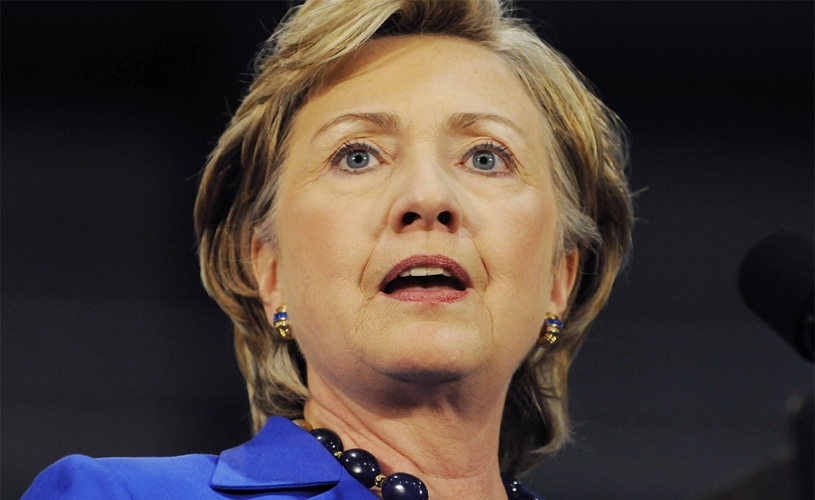 WikiLeaks released its ninth batch of presidential candidate Hillary Clinton’s emails recently. This particular batch has some gossip that’s of at least some interest to biopharma, as Clinton’s team discussed the U.S. Food and Drug Administration (FDA)’s commissioner, Robert Califf, and it’s so-called “war on pharma.”

Some of the exchange started in September 2015, when Clinton tweeted about former Turing Pharmaceutical chief executive officer, Martin Shkreli, who had increased the price of Daraprim by more than 5,000 percent. Clinton’s tweet caused biotech stocks to drop sharply, apparently in fear that if elected—an event that was at least 15 months away at that time—she would impose price controls on drugs.

In the released emails, Ann O’Leary, an attorney and senior policy advisor to Hillary Clinton, sent an email to outside adviser Mandy Grunwald, saying, “FYI—We have started the war with Pharma!!”

To which Grunwald replied, “Great!”

A little later, in emails dated September 25, O’Leary raised concerns about Robert Califf, who was being nominated to head the FDA by President Barack Obama. The overall concerns were Califf’s connections to the pharmaceutical industry. In one email she wrote, “Califf the Obama nominee does have real ties to the drug industry—[health policy veteran] Chris Jennings is calling a few people for me to learn more so we don’t tip our hand directly.”

To her credit, O’Leary noted that that they needed to check their facts before strongly opposing Califf, writing, “BUT—I want to do a little more digging and due diligence before we hit this guy. Having been through a nomination fight with my husband (in which he lost), this is personal and messy and horrible on the person nominated and their families—so I don’t take attacking this guy lightly.”

In part of the email thread, Jack Sullivan, a foreign policy advisor to Clinton, said, “This is ultimately a political call, not a policy call. I don’t really like the idea of bashing this White House’s nominees, knowing their vetting process and standards. But if you guys want to do it, I cannot identify a policy reason not to—you all know the facts.”

Califf was hired by the FDA in 2015, acting as deputy commissioner for medical products and tobacco. When Margaret Hamburg stepped down as commissioner, Obama nominated him for the position.

While conducting research at Duke University, a New York Times article noted that about 60 percent of his funding was from biopharma, and that Eli Lilly , Merck and Novartis paid him part of his salary and consulting fees.

The FDA has been struggling with these conflicts more than usual this year. Janet Woodcock, director of the FDA’s Center for Drug Evaluation and Research (CDER) came under fire for the approval of Duchenne Muscular Dystrophy (DMD) drug eteplirsen, developed by Sarepta Therapeutics . There was intense internal debate over the drug’s approval, and internal review documents suggest that Woodcock overrode most of the arguments to drive the approval through. Califf had some issues with the approval as well, but ultimately sided with Woodcock.

In a fairly shocking admission found in the review documents, Woodcock argued that Sarepta “needed to be capitalized,” essentially saying that if the drug wasn’t approved, the company wouldn’t have enough money to continue studying the drug and similar drugs in the pipeline. And that approval would increase the company’s share price, giving it more money to continue research.

It’s hard to say just how much of an impact the release of these emails has. In many ways they seem fairly innocuous, suggesting that the politicians were candidly discussing fairly even-handed approaches to dealing with FDA regulators and the drug industry. EndPoints News writes, “The email exchange eventually peters out, but it does underscore that Clinton all along intended to help distinguish her candidacy by criticizing the pharma industry, a position that fell more naturally into her lap when Martin Shkreli was being pilloried for raising the price of an old generic drug more than 5,000 percent.”

In that eteplirsen’s average price tag is going to be $300,000—for a controversial drug that many critics think is ineffective—it’s a little hard to argue that a presidential nominee shouldn’t be paying attention to U.S. drug pricing and reimbursement policies.

And although there are some concerns about doctored emails being released, and the White House and the Central Intelligence Agency seem confident that it is the Russian government behind those emails, it’s also worthwhile to note a Los Angeles Times article yesterday. Doyle McManus wrote, “Take a deep dive into the more than 10,000 Clinton campaign emails published by WikiLeaks, and here’s what you’ll learn: Hillary Clinton is a careful, methodical, tightly-controlled politician.”