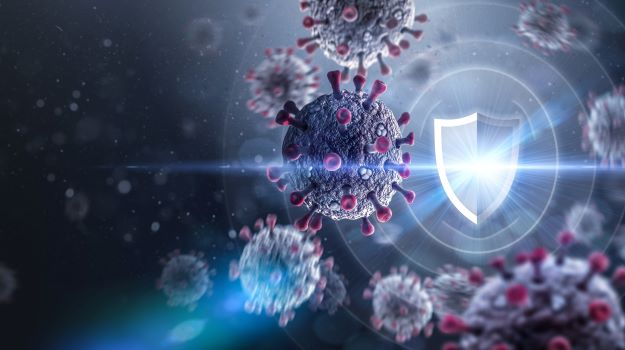 In the study, researchers from La Jolla Institute for Immunology and elsewhere tested antibodies, memory B cells and memory T cells specific to SARS-CoV-2 or its Spike protein, collected from 188 patients between 5-8 months following infection and the onset of COVID-19 symptoms. Levels of Spike-specific immunoglobulin G (IgG) antibodies remained stable over 6-8 months, with 90% of subjects testing positive for the IgG.

Longitudinal tracking of some samples showed levels of spike-specific SARS-CoV-2 memory B cells increased over the course of 6 months. Memory CD4+ and CD8+ T cells were also detected over 6 months after onset of symptoms in 92% and 50% of patients, respectively.

The researchers also showed that Spike- and receptor binding domain-specific antibodies and memory B cells were higher 4 months following symptoms onset in more severe Covid-19 cases requiring hospitalizations, compared with less severe cases. Although data is not conclusive, previous studies in animals hint that increased antibody levels may provide sterilizing immunity to Covid-19, and the presence of memory B and T cells may limit infections that cannot be sterilized to low-severity or asymptomatic illness.

The findings are consistent with previous research. In a November pre-print, which has not yet been peer reviewed, British researchers showed robust T cell immunity six months after infection, with levels correlating to the severity of initial infection in 100 patients. A second pre-print published days later, led by The Rockefeller University researchers, showed the presence of antibodies and memory B cells six months after infection.

Work is ongoing to connect the dots between immune memory dynamics and the ability to prevent severe reinfection. A paper published in the New England Journal of Medicine in December, led by University of Oxford researchers, followed health care workers and found that over six months, only 2 out of 1,265 people that originally tested positive for COVID-19 later showed reinfection – and both patients were asymptomatic.

The immune memory data also has implications for the longevity of vaccine protection. Although long-term data is not available, Moderna CEO Stephane Bancel said on January 7 that he expects protection from the company’s COVID-19 vaccine to last years.

The La Jolla Institute for Immunology study first appeared as a preprint in November, prior to completion of peer review.