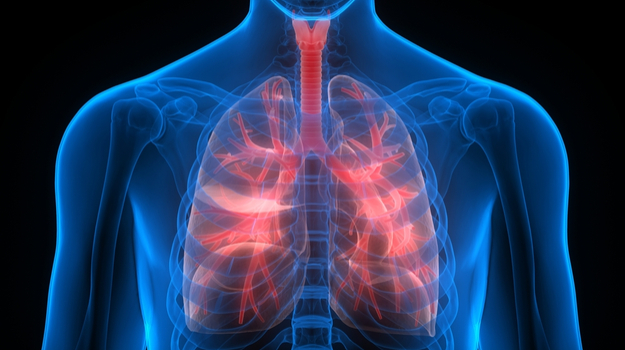 Severe cases of influenza can cause permanent damage to the lungs. Basic research out of the University of Pennsylvania conducted on mice could lead to lung cell transplants to promote healing.

In mice whose lungs were damaged, the research team took specialized lung cells called alveolar type-two (AT2) cells from healthy mice and allowed the sick animals to breathe in the cells. This actually led to improved blood-oxygen levels in the sick mice.

“We took this really simple approach,” said Andrew Vaughan, senior author, and an assistant professor in Penn’s School of Veterinary Medicine, “and asked if we could supplement back these AT2 cells into injured mice, can we make them better, can we improve lung regeneration?”

The research was published in the journal Regenerative Medicine. The AT2 cells are required for repairing damage to lung epithelial cells. The authors note that current approaches to expand the cells depends on mesenchymal co-culture, which makes transplantation after acute injury difficult. They developed several mesenchyme-free culture conditions that promoted growth of murine AT2 organoids.

Normally, AT2 cells generate surfactant, a compound that decreases surface tension in the lung’s alveoli to ensure appropriate function. AT2 cells also can behave like stem cells, both able to self-renew and to develop AT1 cells, which are responsible for gas exchange in the lungs.

“Imagine if this were in humans,” said Aaron Weiner, lead author and a graduate student in Vaughan’s laboratory. “If there were a bad flu season coming up, it could be routine to say, can you take some of my AT2 cells, grow them up for me, and if I get sick you can just put them back in to help me recover. That biobank idea is what we’re imagining.”

They also tested the approach in laboratory animals that had other types of lung damage, including acid inhalation, chemotherapy and bacterial pneumonia.

“To our surprise it worked really well in two of the three injury models we tested,” Vaughan said. It worked in acid inhalation and chemotherapy, but not bacterial pneumonia.

Their first approach was to grow AT2 cells from healthy mice in culture and transplant them into mice 11 days after being injected with flu virus. About two weeks after the transplant, they found the cells had grown in the mice’s lungs but either stayed AT2 cells or developed biomarkers associated with abnormal regeneration.

Their second approach took about a million AT2 cells from healthy mice and directly transplanted them to the sick animals. This worked better.

“Only a few thousand of the cells stick around in the lungs,” Weiner said. “But the important thing we show is that two weeks after we transplant these cells, we see these huge engraftments where the AT2 cells have proliferated a ton and differentiated into the oxygen-exchanging AT1 cells.”

As they continue the research, they are evaluating molecular signals that might be stimulating the transplants cells to remain after transplant and result in healthy changes in the lungs. They are also working with other researchers on using human cells in a mouse model to see if the technique has future potential for use in people.