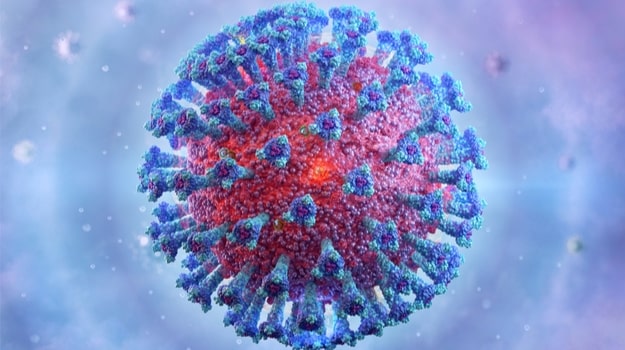 Concern has been building about the new SARS-CoV-2 strain discovered last month in the U.K., and on Friday, the U.S. Food and Drug Administration (FDA) issued an official alert stating that it could trigger false negatives in COVID-19 tests.

The B.1.1.7 strain has been found to spread more quickly than the original infection, but has not been found to be any more severe. As of last week, more than 50 cases of the new variant had been confirmed in the U.S., the Centers for Disease Control (CDC) reported.

The primary concern is with tests that target specifically the single region of the spike “S” protein, a spike-shaped protein on the surface of the virus intricately involved in the COVID-19 infection.

“Laboratories using in-house PCR assays that target the S gene of the virus should also be aware of this potential issue. In order to limit the impact on the detection capacities in the countries, an approach using different assays in parallel or multiplex assays targeting different viral genes is also recommended to allow the detection of potential arising variants,” the WHO recommended in late December around the time of the new variant’s discovery.

On Friday, as part of his statement, FDA Commissioner, Stephen M. Hahn said the following:

“The FDA will continue to monitor SARS-CoV-2 genetic viral variants to ensure authorized tests continue to provide accurate results for patients. While these efforts continue, we are working with authorized test developers and reviewing incoming data to ensure that health care providers and clinical staff can quickly and accurately diagnose patients infected with SARS-CoV-2, including those with emerging genetic variants."

The agency added that it believes " the risk that these mutations will impact overall testing accuracy is low."

For its part, testing leader, Quest Diagnostics, also continues to monitor evolving variants such as B.1.1.7.

“We believe our COVID-19 molecular diagnostic testing services are able to detect the recently identified, so-called UK and South African variants of SARS-COV-2, the virus that causes COVID-19. As a leader in advanced genetic diagnostics, Quest has the expertise to provide genetic sequencing of SARS-COV-2 and is in discussions with public health authorities about deploying this capability to aid surveillance,” a spokesperson for the company told BioSpace.

The new strain, which was initially detected on the strength of the U.K’s genetic sequencing apparatus, has since run rampant across the country, forcing the implementation of a strict lockdown last week.

As of last Monday, the U.S. was sequencing around 3000 samples per week and hopes to more than double that number to about 6500, according to Dr. Gregory Armstrong, director of the Office of Advanced Molecular Detection at the CDC’s National Center for Emerging and Zoonotic Infectious Diseases.

Armstrong acknowledged that some other countries, including the U.K., have a more centralized sequencing system, while in the U.S. it is a combination of federal, state, academic, and private labs.

“It's a somewhat patchy system," he said.