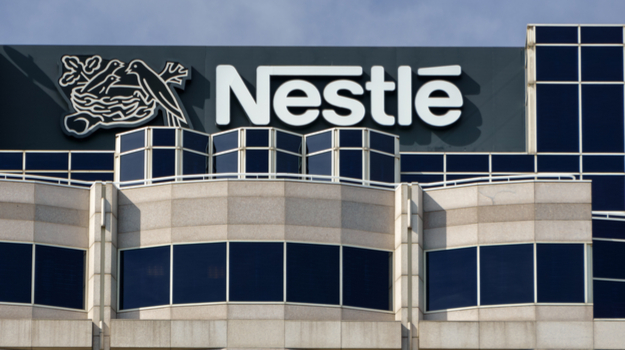 As California-based Aimmune prepares to seek regulatory approval for its peanut allergy treatment, AR101, Nestlé Health Science has increased its financial stake in the food allergy prevention-focused company with another $98 million investment.

The latest funding from Nestlé gives the conglomerate a 19 percent ownership of Aimmune. To date, Nestlé Health Science has invested a total of $273 million in Aimmune. Nestlé first pumped $145 million into the company in 2016 and then another $30 million as part of its initial public offering earlier this year. The fresh infusion of cash will extend the partnership between the two companies to develop treatments for food allergies by another two years, Aimmune said.

Nestlé Health Science is a division of the food packaging giant of the same name. The health division has a history of advancing nutritional therapies. Given that some of its products do contain allergens, such as peanuts, it makes sense for Nestlé to work with companies aiming to curb allergic reactions to food products. As part of the latest deal with Nestlé Health Science, Chief Executive Officer Greg Behar will continue to serve as a member of Aimmune’s Board of Directors.

Jayson Dallas, president and CEO of Aimmune, said the company was pleased to continue its collaboration with Nestlé. He said the food giant has been a “tremendous ally” as the company forges ahead in food allergy treatment. He touted Behar’s presence on the board as a guiding hand who shares a commitment to providing a therapy for people who suffer from food allergies.

“Their expertise in the pediatric space and their insights as a premier consumer health and medical nutrition products company have advanced our thinking and will help with critical planning as we anticipate launching AR101,” Dallas said.

Nestlé’s Behar said the collaboration with Aimmune “exemplifies Nestlé Health Science’s commitment to food allergy and our excitement to continue an alliance with a leading innovator in the development of food allergy therapeutics.”

With the latest funding from Nestlé, Aimmune is well positioned financially to carry it through potential approval of AR101 and into commercialization. Dallas noted that the extra financing will allow Aimmune to seek regulatory approval of AR101 in Europe, as well as continue with the development of other treatments for food allergies in its pipeline.

Aimmune is eying filing its application for peanut allergy treatment AR101 by the end of the year. In June 2015, Aimmune won Breakthrough Therapy Designation status from the U.S. Food and Drug Administration (FDA) for AR101. The company is filing the Biologics License Application based on positive Phase III data that showed its peanut allergy therapy was effective in more than 67 percent of juvenile patients. Aimmune said 67.2 percent of juveniles ages four to 17 who were administered AR101 in the Palisade trial could tolerate exposure of at least a 600-mg dose of peanut protein in the exit food challenge. Only 4 percent of patients on the placebo could tolerate that amount, the company said when the late-stage data was released. Aimmune’s AR101 is an oral biologic desensitization therapy that is sprinkled over food before eating.

If AR101 is approved, it is projected to become a blockbuster, earning about $1.3 billion per year by 2025.

In addition to its increased support for Aimmune, Nestlé Health Science is also working on its own potential therapies. This morning, the company released positive results from the OPTIWIN study in obesity. Patients on its Optifast program achieved clinically meaningful weight loss at 26 and 52 weeks, the company said.

Nestlé Health Science is a division of Nestlé S.A., which also owns other pharma companies, such as Galderma Laboratories. Nestlé S.A. has been pushing forward in a move to take a serious stake in the health and wellness industry. Just three years ago Nestle made a big push into skin care. The company said it intended to open up to 10 R&D sites and inject about $350 million into dermatological research. At the time the company intended that approximately 40 percent of its dermatological line would be prescription drugs. The bulk of its skin care revenues would be from cosmetics, creams and some surgical therapies.