Starpharma's Nasal Spray Reduces SARS-CoV-2 by Over 99.9% in Animal Studies 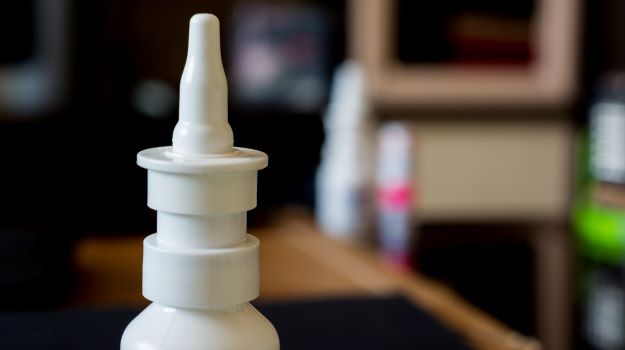 Starpharma's Viraleze is said to have reduced the viral load by over 99.9% when it was administered nasally into the trachea and lungs of animals who were positive with the virus, compared to saline control. The results, published in the journal Viruses, provided empirical proof that SL7013 (Viraleze) was potent against the Delta variant and multiple other variations of the SARS-CoV-2.

The latest results were from research conducted by The Scripps Research Institute, which used a humanized SARS-CoV-2 mouse model under the World Health Organization's recommendation.

The protective effects of the drug were found to be consistent with SPL7013's virucidal activity previously reported in a separate study also by Starpharma, which highlighted the topical drug astodrimer sodium as a potential agent against the virus after one minute of exposure.

"In this study Viraleze was highly protective against SARS-CoV-2 challenge in an established SARS-CoV-2 animal model of coronavirus infection. These results provide compelling data supporting the utility of a broad-spectrum nasal spray, like Viraleze, to potentially reduce exposure to SARS-CoV-2 virus in respiratory tract and other organs. One of the potential advantages of Viraleze is its ability to significantly reduce viral load in the respiratory tract, which could lower both the transmissibility of the virus to others and severity of disease," said Dr. Jackie Fairley, chief executive officer of Starpharma, in a statement.

The study used the K18-hACE2 mouse model to investigate the drug's antiviral efficacy as a mucoadhesive nasal spray. Animals received astodrimer sodium 1 percent nasal spray or PBS intranasally, or intranasally and intratracheally, for seven days, and then were infected intranasally with SARS-CoV-2 after the first product administration on Day Zero.

The other group was infected with the virus that has been pre-incubated for 60 minutes. At the end of the testing period, viremia was low or undetectable in the animals that were given astodrimer sodium 1 percent.

The results are significant, given that global data shows that COVID-19 can still infect those who have already been vaccinated, although they become less likely to succumb to hospitalization and death. Viraleze could be used as a complementary intervention to reduce viral load and shedding.

The title of the report is "Medical Interventions for Treatment and Prevention of SARS-CoV-2 Infections." Viraleze is already in the market today and is registered for distribution and sale in India and Europe. It is also available online in certain markets through the Viraleze official website.