mRNA Tech Used in COVID-19 Vaccines Could be Used to Cure HIV, Cancer and More 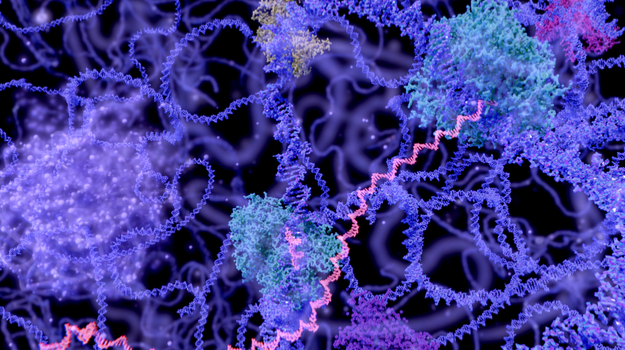 Researchers are leveraging the messenger RNA (mRNA) technology used to develop the Pfizer-BioNTech and Moderna COVID-19 vaccines for possible treatments for a range of other diseases, including HIV and cancer.

This has long been thought possible with mRNA technology, but infectious diseases were something of the low-hanging fruit, and the COVID-19 pandemic drove the innovations.

mRNA technology is a way of exploiting the body’s own genetic blueprints. Traditional vaccines used either living or dead viruses to train the immune system to recognize viruses the next time they encounter them. The COVID-19 mRNA vaccines instead use the genetic code for a piece of the virus—the spike protein—and cause the body to generate the spike proteins, which trains the immune system to recognize the virus.

The Pfizer-BioNTech and Moderna vaccines are the first mRNA-based therapeutics of any kind to be authorized for use. And because they can be developed and modified so quickly, some version of mRNA vaccines is likely to be the default approach in the future.

But the approach shows plenty of potential for other diseases, and it was in cancer that it was first being studied. On January 7, 2021, BioNTech published preclinical data on its mRNA vaccine approach against autoimmune diseases in the journal Science.

The research described the disease-suppressing effects of a non-inflammatory, nucleoside-modified mRNA vaccine in mouse models of multiple sclerosis (MS). The mRNA vaccine candidate was engineered to deliver the encoded autoimmune disease target antigen into antigen-presenting cells in the lymph nodes to enable systemic, immune tolerance-inducing antigen presentation in lymphoid tissues.

Both BioNTech and Moderna have cancer programs. On July 31, 2020, BioNTech signed a strategic collaboration deal with Regeneron Pharmaceuticals to combine BioNTech’s BNT111 FixVac mRNA vaccine and Regeneron’s anti-PD-1 immune checkpoint inhibitor Libtayo (cemiplimab) for the treatment of melanoma. BNT111targets four antigens commonly expressed in melanoma patients and have demonstrated anti-tumor activity alone, and in combination with checkpoint inhibitors in a Phase I trial in patients with advanced melanoma.

Moderna’s pipeline also includes personalized cancer vaccines using mRNA tech. Via next-generation sequencing (NGS), they identify mutations on a patient’s cancer cells, dubbed neoepitopes, then using their bioinformatics capabilities, predict 20 neoepitopes present on the patient’s cancer that should create the most robust immune responses based on the data acquired. They then build a vaccine that encodes for each of the mutations and load them into a single mRNA molecule. Once injected, the vaccine will potentially cause the patient’s cells to churn out the selected neoepitopes, training the immune system to recognize cancer cells better. Moderna inked a deal with Merck in 2016 to develop mRNA-4157 in combination with Merck’s Keytruda (pembrolizumab), a checkpoint inhibitor.

Van Karlyle Morris, a gastrointestinal oncologist at the University of Texas MD Anderson Cancer Center, is leading a clinical trial of mRNA vaccines as “personalized therapies for patients who have been treated for cancer, with the goal of further reducing the risk of the cancer coming back,” he says.

Another intriguing area is HIV. There’s been plenty of work on a vaccine against HIV, but part of the trick is that HIV infects immune cells, specifically T-cells, which are often the immune cells vaccines stimulate. The virus also mutates quickly. Researchers at Scripps University in California are working on an HIV vaccine using mRNA tech.

In February 2021, IAVI and Scripps announced promising results from a Phase I trial of their vaccine. The vaccine stimulated the production of rare immune cells that are necessary to begin creating antibodies against HIV. The targeted response was observed in 97% of participants who received the vaccine.

“This study demonstrates proof of principle for a new vaccine concept for HIV, a concept that could be applied to other pathogens, as well,” said William Schief, professor and immunologist at Scripps and executive director of vaccine design at IAVI’s Neutralizing Antibody Center, where the vaccine was developed. “With our many collaborators on the study team, we showed that vaccines can be designed to stimulate rare immune cells with specific properties, and this targeted stimulation can be very efficient in humans. We believe this approach will be key to making an HIV vaccine and possibly important for making vaccines against other pathogens.”

Much of the mRNA work outside of infectious diseases is very early. Still, the Pfizer-BioNTech and Moderna vaccines' historical success has stimulated the interest in continued development for other indications, ranging from influenza and Zika to cancer, immune diseases, Parkinson’s and certain rare diseases, such as methylmalonic acidemia (MMA) and others.