Movers and Shakers for Sept. 17 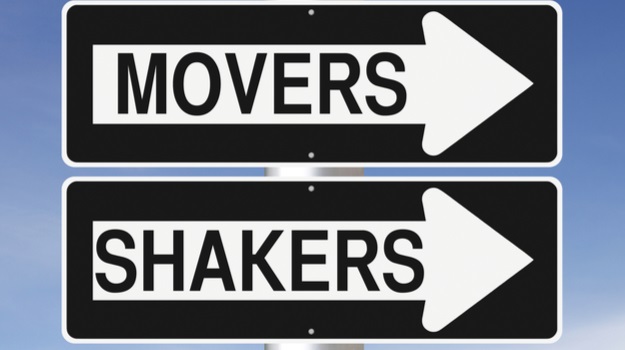 Let's take a look at some of the professionals moving to transition the pharma and biotech world this past week.

Pieris Pharmaceuticals – Peter Kiener was named to the board of directors of Boston-based Pieris Pharmaceuticals. Kiener most recently served as chief scientific officer at Sucampo until the company’s acquisition by Mallinckrodt in February 2018. Prior to Sucampo, Kiener served as CSO of Ambrx, Inc. a company focused on developing antibody-drug conjugates. Kiener was president and co-founder of Zyngenia Inc., a monoclonal antibody company developing drugs for oncology and inflammatory diseases.

Achillion Pharmaceuticals, Inc. – New Haven, Conn.-based Achillion named Paul Firuta as its chief operating officer. As COO, Firuta will be responsible for leading Achillion’s commercial strategy and operations as the company plans to take its complement inhibitor Cinryze into the clinic. Firuta joins Achillion from uniQure N.V. where he held the position of chief commercial officer. Prior to uniQure, he was president of U.S. Commercial Operations at NPS Pharmaceuticals. He also held leadership roles at ViroPharma, Inc. and OraPharma.

EyePoint Pharmaceuticals, Inc. -- Göran Ando was tapped as the new chairman of the board of directors at Watertown, Mass.-based EyePoint Pharmaceuticals. He will help oversee the potential launch of two ophthalmic products, Dexycu and Ytuiq pending regulatory approval.  As a result of Ando’s appointment, David J. Mazzo will step-down as non-executive chairman, but will remain on the board and will continue to serve as chair of the Compensation Committee. Ando was first appointed to the EyePoint board in June. He is the former chairman of the board of Novo Nordisk A/S. He is currently a senior advisor at EW Healthcare Partners and most recently served as chief executive officer of Cell Tech Group PLC. Ando has held leadership roles at companies such as Pfizer, GlaxoSmithKline and AstraZeneca.

Arix Bioscience -- Arthur Pappas has been appointed a non-executive director of the London-based Arix Biosciences Board of Directors. He is the founder and managing partner of Pappas Capital, a U.S. venture firm. Pappas has served as an executive member of the board of directors of Glaxo Holdings plc and served as Glaxo’s chief executive responsible for international operations.

Definiens – Based in the United Kingdom, Sir John Savile was named a non-executive director of the board. Savills was previously the CEO of the Medical Research Council (MRC) in the U.K.

Oilstone Medical – Andy Richards was named a non-executive director of the Owlstone Medical board of directors. Richards is a longtime industry veteran, having served in various leadership roles at AstraZeneca and PA Technology. He was a founder of Chiroscience until its merger with Celltech in 1999.