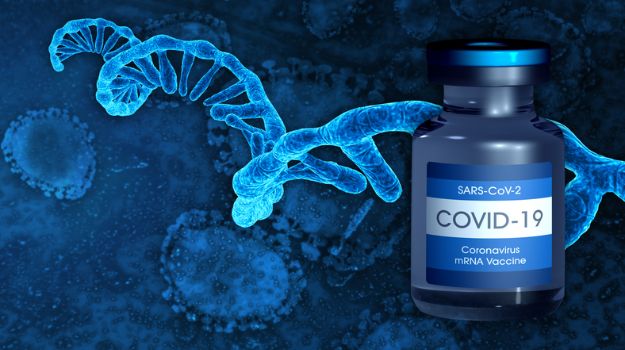 COVID-19 vaccines have expiration dates, and with vaccination rates dropping, millions of doses are going to waste; being outdoors isn't sure-fire protection, but long-term intermittent fasters may be spared severe disease. Read on for more details.

As the pandemic slows – at least in the minds of the masses – millions of COVID-19 vaccine doses are being thrown out. According to the Wall Street Journal, Moderna recently discarded about 30 million doses.

“We are now throwing doses in the garbage,” Stephane Bancel, the company’s chief executive officer, said in May at the World Economic Forum in Davos, Switzerland. “It’s sad to say.”

The U.S. Centers for Disease Control and Prevention reported that in the U.S. alone about 90.6 million doses of COVID-19 vaccines have been tossed. That amounts to about 11.9% of the 726 million doses delivered since late 2020. This has occurred in many countries throughout the world during the pandemic, due to short shelf-lives of the vaccines, particularly the mRNA vaccines from Moderna and Pfizer-BioNTech, which require very cold temperatures for storage and transportation. Germany, for example, threw out 1.2 million expired Moderna doses and plans to discard about 13.6 million doses of the AstraZeneca-Oxford vaccine.

Packaging is another factor. Multi-dose vials need to be used completely within 12 hours once opened. Pfizer and BioNTech are planning to develop a single-dose vial.

In the U.S., the waste seems to be increasing, even as vaccines have now been authorized for younger children. In June, the U.S. Food and Drug Administration gave the okay for shots to be given to children as young as six months.

The risk of contracting COVID-19 at outdoor gatherings is significantly less than indoors, but it’s not zero.

Dr. Preeti Malani, M.D., an infectious disease physician and professor of medicine at the University of Michigan, told NPR, “With the more transmissible variants, it’s likely that shorter periods of close contact will result in transmission.”

“People are going to make judgments based on [their] own level of risk and comfort,” Dr. Donald Milton, M.D., DrPH, a professor of environmental and occupational health at the University of Maryland School of Public Health said in the same article.

A study conducted by Intermountain Healthcare found that COVID-19 patients who practiced intermittent fasting had a lower risk of hospitalization or death compared to people who did not. Intermittent fasting is generally an eating plan that switches between fasting, say 16 hours, and eating on a regular schedule. A common form now is to only eat in an eight-hour window.

Much of the study was conducted in Utah, where 62% of the population belongs to the Church of Jesus Christ of Latter-day Saints, whose members generally fast on the first Sunday of the month. Intermittent fasting, in general, has been associated with lower inflammation and decreased risk of diabetes and heart disease. It’s also a practice that many health and fitness-minded people have adopted in recent years, which may be a confounding factor in the study because these individuals would already tend to be less likely to advance to severe disease than unhealthier, older patients.

The intermittent fasting was not associated with whether someone tested positive, but was connected to lower severity of the disease. Because intermittent fasting is associated with decreased inflammation and poor COVID-19 outcomes are associated with hyperinflammation, that is a likely factor. Also, during 12 to 14 hours of fasting, the body shifts from glucose metabolism in the blood to ketones, including linoleic acid. There is a “pocket” on the SARS-CoV-2 virus that linoleic acid fits into, making the virus less able to attach to other cells.

The authors also enforced that intermittent fasting is not a substitute for COVID-19 vaccination.