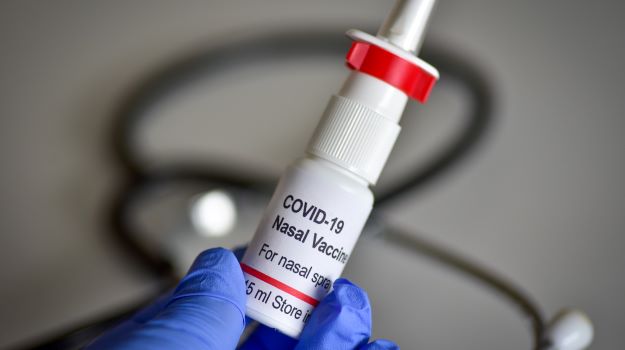 Meissa Vaccines’ intranasal live attenuated chimeric virus-based vaccine for SARS-CoV-2 (and its variants) recently was cleared for Phase I trials, which will start at the end of March. Unlike other live attenuated virus vaccines, it employs codon deoptimization to evoke a stronger-than-usual immune response.

If approved, it holds the potential of providing several years of immunity for COVID-19, thus greatly easing the administration and manufacturing burden for what seems likely to be an endemic disease.

The vaccine, known as MV-014-212, is based on the company’s respiratory syncytial virus (RSV) vaccine, which has Fast Track designation. That vaccine currently is in Phase II trials, where it appears well-tolerated in adults and in children as young as 15 months.

Their ability to be administered in a single dose is a particular benefit during the COVID-19 pandemic, he said, and makes them especially attractive for difficult-to-vaccinate populations and in regions where ultra-cold freezers are uncommon.

“The challenge for a live attenuated vaccine is to ensure it is properly attenuated and therefore cannot cause disease by infection,” Moore said. In this case, “We removed the RSV surface proteins and replaced them with the SARS-CoV-2 Spike (S) protein,” increasing antigen expression and either decreasing or eliminating expression of the immune suppressors.

More specifically, Meissa employs a method of “rational and precise codon deoptimization” using its AttenuBlock platform. This not only attenuates the virus, but also limits the potential for virus mutation.

“Changing codons is fairly straightforward. What’s trickier is knowing where to do that,” Moore said.

“We’ve introduced codon changes into the genes of the RSV – the backbone virus – that promote virulence and block the immune response, thus taking away the virus’s ability to suppress an immune response and cause disease. By changing the genes that affect virulence, we get an optimized and robust response.”

This is a different approach from that used for earlier live attenuated virus vaccines, such as polio.

The MV-014-212 Phase I trial is set to be complete in about 18 months. Preclinical trial data indicates the vaccine induced a mucosal IgA response and serum neutralizing antibodies against spike-expressing pseudovirus, and was highly protective against a SARS-CoV-2 challenge in the upper and lower respiratory tract.

“We expect to have safety and immune response data available in late summer or early fall this year,” Moore said. “With appropriate support, we could enroll Phase II or Phase II/III soon afterward.”

Historically, intranasal vaccines induced both mucosal and systemic immunity, whereas injected vaccines did not induce mucosal antibodies. If this remains true for the multitude of current SARS-CoV-2 vaccines authorized or under development, intranasal administration holds particular promise in terms of preventing viral infections and transmissions.

It is unclear whether mRNA vaccines generate a mucosal immune response, but studies indicated that S-protein IgG and IgA were detected in saliva samples of people within two weeks of their second vaccination with either the Pizer/BioNTech or Moderna mRNA vaccines. IgA is one of the primary antibodies found in the mucosa, so some scientists consider it a biomarker for a mucosal immune response. Additional studies are warranted.

At Meissa, “The idea for this type of vaccine didn’t occur overnight,” Moore said. “I was associate professor at Emory University for nearly 10 years, and I worked on an RSV vaccine for almost 18 years, so this is the culmination of many projects that discerned the biology of RSV to find a solution.”

The resulting RSV vaccine has a good safety profile and generates a strong mucosal response, so seemed applicable as a platform for a SARS-CoV-2 vaccine.

The Centers for Disease Control & Prevention (CDC) notes that live attenuated virus vaccines can provide life-long protection from certain diseases after only one or two doses. It lists smallpox, chicken pox, measles, mumps, rubella, rotavirus, and yellow fever, as examples.

It’s too early to know the duration or extent of the immune response elicited by MB-014-121, but the history of live attenuated virus vaccines suggests this vaccine may have the potential to contribute substantially to curbing a pandemic that is well on its way to becoming endemic.