May 18th Research Roundup: Some of the Top Research Stories of the Week 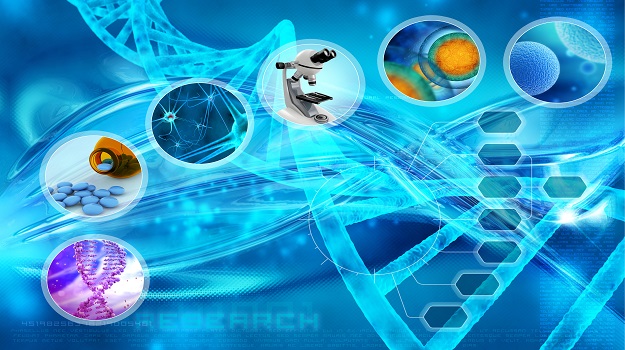 Scientists at the University of California San Diego School of Medicine and researchers from other institutions published the first results from the American Gut Project, a crowdsourced project focused on the human microbiome. Co-founded in November 2012 by Rob Knight, Jeff Leach and Jack Gilbert, the project’s goal is to better understand human microbiomes, which are the types of bacteria that live within the body. Citizen scientists contribute $99 to the project and receive a kit to collect fecal, oral or skin swab and instructions to mail it back. They also answer questions from a voluntary survey about general health status, disease history, lifestyle and diet. As of mid-2017, the project had microbial sequence data from 15,096 samples from 11,336 people from 45 countries worldwide.

The work was published in mSystems, an open access journal published by The American Society for Microbiology. So far, the study is finding emerging trends about diet, use of antibiotics, and mental health.

University of Washington Health Sciences researchers have developed a robot that can automate the production of human mini-organs from stem cells. The report was published in the journal Cell Stem Cell. Traditionally cells for research are cultured as flat, two-dimensional sheets. More recently, scientists have been growing stem cells into complex, three-dimensional structures called mini-organs or organoids, which behave more closely to real organs than sheets of cells, although they are still simplistic. However, they are difficult to mass produce. The researchers’ robot makes it possible to automate the process. Benjamin Freedman, assistant professor of medicine, Division of Nephrology, at the UW School of Medicine, who led the research, said in a statement, “Ordinarily, just setting up an experiment of this magnitude would take a researcher all day, while the robot can do it in 20 minutes. On top of that, the robot doesn’t get tired and make mistakes.”

Researchers at Montana State University published an article in the journal Nature Microbiology about a new lineage of microbes found in Yellowstone National Park’s thermal features that illuminate the origin of life. Life falls into three domains: bacteria, eukaryotes and archaea. Eukaryotes are the complex cells that make up most of life on Earth, including humans, animals, plants and fungi. Archaea are single-cell organisms. The new archaeal lineage the scientists discovered is dubbed Marsarchaeota, named after Mars, because this new microorganism lives in habitats filled with iron oxides.

“Knowing about this new group of archaea provides additional pieces of the puzzle for understanding high-temperature biology,” said Bill Inskeep, professor in the Department of Land Resources and Environmental Sciences at MSU, in a statement. “This could be important in industry and molecular biology.”

Indeed, it might. In 1969, microbiologist Thomas Brock isolated a bacterium called Thermus aquaticus from a hot spring in Yellowstone that grew at 70 degrees Celsius. An enzyme called Taq polymerase was isolated from the bacteria that is fundamental to the polymerase chain reaction (PCR), on which all modern biotechnology and genetic technology is built.

In research that echoes the American Gut Project story, researchers at Brigham and Women’s Hospital published research in the journal Nature describing the interactions between gut microorganisms and how they influence the progression of neurodegenerative diseases. The study notes that microglia and astrocytes, both types of glial cells found in the central nervous system, modulate inflammation and neurodegeneration in the CNS. Using both animal models and human cells, the researchers defined a pathway linking gut microbes to the behavior of these cells, which may have implications in multiple sclerosis and other neurological disorders.

“These findings provide a clear understanding of how the gut impacts central nervous system resident cells in the brain,” said Francisco Quintana, corresponding author of the study, in a statement. “Now that we have an idea of the players involved, we can begin to go after them to develop new therapies.”

About a third of all the genes in bacteria code for proteins that nobody knows their function. Researchers with the Lawrence Berkeley National Laboratory published a study in the journal Nature titled, “Mutant phenotypes for thousands of bacterial genes of unknown function.” They identified mutant phenotypes for 11,779 genes that code for proteins in 32 different bacteria under various growth conditions whose function is unknown. The authors write, “By combining these conserved associations with comparative genomics, we identified putative DNA repair proteins; in addition, we propose specific functions for poorly annotated enzymes and transporters and for uncharacterized protein families. Our study demonstrates the scalability of microbial genetics and its utility for improving gene annotations.”

It’s also likely to provide researchers with plenty of material to study microbiomes and numerous other potential therapeutics now that more of these proteins have been categorized.