Maryland Booms in the BioCapital Hotbed 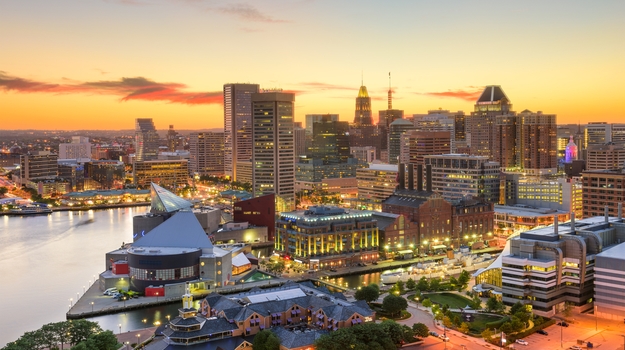 As the BioCapital Hotbed continues to grow, the state of Maryland is seeing a boom in life sciences employment as multiple companies build out manufacturing facilities in the state.

Last year, Kite Pharma, a subsidiary of Gilead Sciences, broke ground on their Frederick, Maryland facility that will significantly expand the company’s ability to manufacture a variety of CAR-T therapies, including its previously approved Yescarta. When it becomes fully operational, the facility could employ about 900 people.

Earlier this year, Maryland-based RoosterBio also announced its intention to expand its manufacturing facility. The company will add an additional 5,000 square feet to its 15,500 square-foot site to support the manufacturing of human mesenchymal stem/stromal cell banks. The expansion will allow the company to boost its global cell manufacturing solution portfolio and presence in the Asia Pacific and Europe, RoosterBio said earlier this year. These are just two examples of the exciting things going on in Maryland, Martin Rosendale, chief executive officer of the Maryland Technology Council, an organization focused on advancing the life sciences and technology in Maryland, told BioSpace in an interview.

Rosendale pointed to the state’s long history in cell and gene therapy and said that legacy, as well as the growth and the maturation of that cell and gene therapy industry, is resulting in amazing growth in the state. Not only does the state have a legacy as the birthplace of cell and gene therapy, he said Maryland’s government is supportive of boosting the state’s profile through investment grants and tax credits. Those have encouraged investment in established companies, as well as startups, and is helping Maryland’s life sciences landscape blossom. The tech council has been focused on helping the early-stage companies navigate the capital market “beyond friends and family to venture and strategic capital,” Rosendale said. He noted that in Maryland, there are currently about 27 incubators that have been established to support startups developing out of the university system.

“There’s a lot of effort in the state around economic development,” Rosendale said.

In addition to the economic development incentives, Rosendale explained that in the schools, there is a focus on STEM (science, technology, engineering and math). He said the emphasis on STEM education is part of an effort to encourage workforce development. That focus, Rosendale said, can lead to careers in the life sciences, including many that do not require advanced degrees. That’s important, as Rosendale said there are projections of needing to fill about 3,000 new jobs over the next several years. Currently, there are about 37,000 life science jobs in the state today paying an average salary of $133,000.

Not only are there companies launching out of the university labs. Rosendale pointed to a number of companies that have opted to set up shop in Maryland in order to take advantage of its offerings, including the proximity to several federal facilities, such as the National Institutes of Health and the Federal Drug Administration. Those federal facilities are attractive assets in luring companies from afar. With many companies set up in the same town as the federal institutes, Rosendale said it’s not uncommon to run into the “bigwigs” on the street. And, by being so close, he said you can easily set up some face-to-face time.

Murat Kalayoglu, chief executive officer of Cartesian Therapeutics, told BioSpace that the proximity to the NIH and FDA, as well as established companies such as AstraZeneca, makes Gaithersburg a great place to build a company.

“We’ve been able to attract folks from all over the world. When people move here, they see an opportunity in the region,” Kalayoglu said.

That ability to attract talent is one reason Kalayoglu believes 2020 will be a transformative year for Cartesian. The company currently has three assets in ongoing Phase I/II trials and they expect moving an additional asset into the clinic.

A talent pool is one of the things that drew Elaine Haynes to set up KaloCyte in Maryland. Her company, initially established in Missouri, relocated to Baltimore and joined up with the University of Maryland. Their proximity to the university system, as well as Johns Hopkins, has provided the startup with a “talent-rich environment,” Haynes, the chief executive officer, told BioSpace. As KaloCyte has re-established itself in Maryland, Haynes said they are moving closer to bringing their artificial blood cell product to clinical trials and are eyeing a Series A funding round later this year.

John Rowley, founder and chief technology officer at RoosterBio, pointed to the rich history of cell manufacturing as one of the reasons they set up shop in Frederick.

“Frederick County is where the cell supply industry really started. The work force here is really ripe, which is why it made sense to grow RoosterBio here,” he said.

With the number of companies maturing in Maryland, whether home-grown or transplants from other regions, Rosendale said Maryland, and the rest of the BioCapital Region, is ready to become a central hub for pharma and the life sciences on the East Coast.