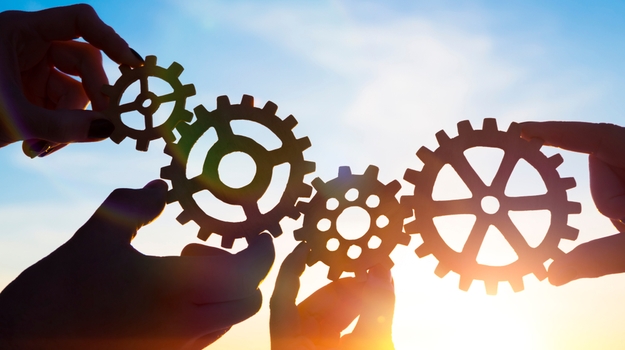 Cambridge-based Magenta Therapeutics announced today that it has entered a non-exclusive research and clinical collaboration agreement with Beam Therapeutics. The goal is to evaluate the potential use of MGTA-117, Magenta’s novel targeted antibody drug conjugate (ADC) for the conditioning of patients with sickle cell disease and beta-thalassemia.

Beam has demonstrated the ability to edit individual DNA bases in hematopoietic stem cells with little impact on the viability of edited cells, relative to unedited cells, using its novel base editing technology. MGTA-117 and Beam’s base editors could advance treatment in patients with sickle cell disease or beta-thalassemia.

“We believe patients will benefit from a more precise process to remove hematopoietic stem cells and prepare them to receive genetic medicines,” said Jason Gardner, D.Phil., president and chief executive officer, Magenta Therapeutics. “Magenta has developed targeted ADCs as the preferred modality for our conditioning programs, and we have designed MGTA-117 specifically to optimize it for use with a genetically-modified cell product delivered in a transplant setting. Beam’s next-generation base editing technology complements our next-generation conditioning approach very well, and we are excited to combine these strengths to address the still-significant unmet medical needs of the sickle cell and beta-thalassemia patient communities.”

MGTA-145 works in combination with plerixafor, a CXCR4 antagonist, to leverage the physiological mechanism of stem cell mobilization into peripheral blood. It has achieved all safety and activity endpoints to date.

“Magenta is delighted to build upon its successful partnership with NMDP/Be The Match through this clinical collaboration,” said John Davis Jr., M.D., M.P.H., M.S., Head of Research & Development and Chief Medical Officer, Magenta. “The NMDP/Be The Match team brings unparalleled experience in stem cell transplant, operating the largest and most diverse marrow registry in the world, with a global network of 187 transplant centers. We are excited to collaborate with them to explore MGTA-145 in allogeneic transplant, which makes up nearly half of the transplants that take place each year in the U.S. and Europe. MGTA-145 mobilizes robust numbers of functional stem cells in a single day, allowing donors to potentially avoid multiple visits to infusion centers or hospitals, which has been a major concern for donors during the COVID-19 pandemic. The large number of functional cells may also result in faster recovery and improved outcomes for patients undergoing a life-saving allogeneic transplant.”

Under the collaboration agreement, Magenta and NMDP/Be The Match will conduct a Phase 2 clinical trial of MGTA-145 to mobilize and collect hematopoietic stem cells from donors. These stem cells will then be given to patients with blood cancers who need a stem cell transplant. Magenta will retain all commercial rights to MGTA-145.

“There is a significant need for new medicines for stem cell mobilization for patients and stem cell donors, and this need is only exacerbated during the COVID-19 pandemic as donors in particular prefer to avoid the hospital setting,” said Steven Devine, M.D., Chief Medical Officer, NMDP/Be The Match. “Clinical data generated with MGTA-145 to date suggest that its robust mobilization of functional stem cells in a single day could improve both the donor experience and patient outcomes. We are pleased to partner with Magenta to further transform the practice of stem cell transplant. We look forward to initiating this Phase 2 study.”