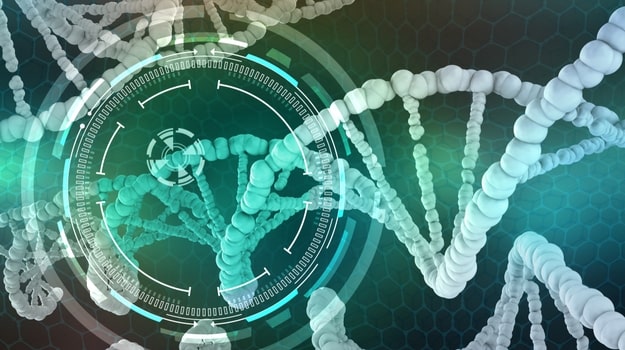 RNA-binding proteins are emerging as the next generation of molecular medicine. Locanabio, one of the pioneers in that space, just showed promising results with an RNA-targeting therapy against the toxic RNA that is at the heart of myotonic dystrophy type 1 (DM1).

“This study is the first of its kind to show in vivo ability to use RNA targeting proteins to manipulate RNA to correct its message to treat disease in an animal model,” Jim Burns, Ph.D., CEO, told BioSpace.

The paper, published in Nature Biomedical Engineering, suggests durable results and, hence, the possibility of a one-time delivery to reverse the functional and biochemical effects of mutant RNA.

DM1 is caused by CTG microsatellite repeat expansions (MREs) in the 3’ untranslated region of the DMPK gene. Locanabio eliminated those MREs by delivering adeno-associated virus (AAV) vectors with a payload of catalytically inactive Cas9 that is mutated to bind to RNA and fused to RNA endonuclease, with an RNA guide to deliver the complex to the mRNA you want to destroy, Burns said.

Once the complex reaches the RNA, he continued, “it binds to the repetitive RNA and digests/cleaves it. The machinery within the vector turns the DNA template for making the Cas9, RNA endonuclease, and the RNA guide into a factory that continuously makes the product coded for by the DNA. The DNA is made into RNA, which is made into the protein, guide, and nuclease, which then work together to destroy the disease-causing RNA – CUG repeat RNA.”

Mice were dosed with either intramuscular or systemic injections of the therapeutic. When they were assessed three months later, researchers found the Cas9 still was expressed.

“The cells were destroying the toxic RNA in the nucleus, the splicing factors returned to more the normal phenotype, and there was improvement in myotonia (functional read out),” Burns said. Those changes were first seen four weeks after treatment. Additionally, he added, “There were very low off-target effects.”

This isn’t a cure, Burns cautioned, but it certainly seems close. By targeting RNA rather than DNA, this therapeutic minimizes the risks associated with modifying the DNA, but it means that patients will still have the genetic mutation itself.

“We target the toxic repeats in the non-coding part of the mRNA. By destroying that part, the whole mRNA at the core of the disease is destroyed,” Burns said. “What’s important is that it only destroys the mutant mRNA, not the normal allele.”

“We’re also applying this technology to other repeat expansion diseases, such as Huntington’s, spinocerebellar ataxia type 1 (SCA1), and the most common familial genetic form of ALS.

“The initial DM1 work was done with RCas9, which is made to target RNA (hence the “r”),” Burns said.

The foundational insight was that Cas9 could be modified so it could bind to and edit RNA, rather than binding to and editing DNA.

That insight began in Gene Yeo’s lab, with the 2016 publication in Cell, Burns said.

“They were excited to see that CRISPR/Cas-RNA complexes could be programmed to target RNAs in live cells. We then imagined we could fuse proteins, such as RNA-degrading enzymes, to target RNA in a sequence-specific manner, and then affect it – in this case, destroying toxic RNAs, which we published in 2017 in Cell,” Burns said. “In 2017, the successful destruction of toxic repetitive RNAs in DM1 patient cells motivated us to evaluate the approach in mice models of DM1. Because DM1 is a disease due to the toxic gain-of-function of these repetitive RNAs, and the mice models clearly reflected the patient phenotype, we expected it would serve as a good model to demonstrate disease reversal.”

This is one of many RNA-targeting approaches that researchers are trying on the DM1 locus. Other research groups are investigating antisense oligonucleotides (ASOs) and siRNAs.

“Unfortunately, these toxic repeats are present in the nucleus, and siRNA-mediated RISC/Ago recruitment happens in the cytoplasm. ASOs have not delivered well in muscle cells,” Burns said.

Therefore, Locanabio’s team believed that using an AAV-mediated delivery to muscle with an engineered sequence-specific RNA endonuclease would work.