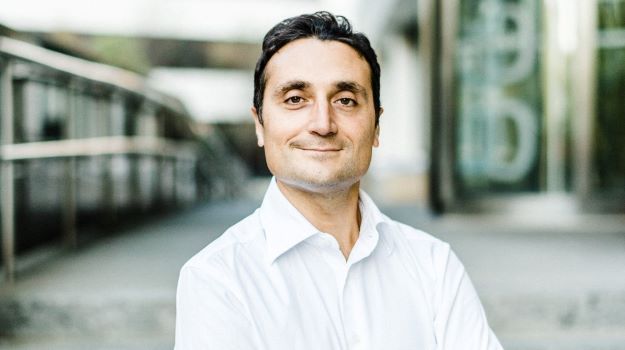 According to Kymera Therapeutics, the concept of an “undruggable” target is merely a figment of the past. Led by Dr. Nello Mainolfi, Ph.D., the company works to develop targeted protein degraders – a class of small compounds that can bind to and degrade specific disease-causing proteins.

The premise of targeted protein degradation relies upon a classic biochemical mechanism called ubiquitination, where a ubiquitin tag is placed on a protein to mark it for destruction by the proteasome – an enzymatic complex that chews through aberrant ubiquitinated proteins. In a normal context, the ubiquitin-proteasome system is used to destroy misfolded or unnecessary proteins. In targeted protein degradation, however, the system is leveraged to identify and destroy disease-causing proteins.

Visually, the process of targeted protein degradation works as follows: a tiny two-armed compound traverses the body, searching for a troublesome protein. When the protein is found, the compound tightly binds to it with one arm. With the remaining arm, the compound reaches out for a ubiquitin E3 ligase – an enzyme that specifically marks proteins with a ubiquitin tag. Now marked by ubiquitin, the troublesome protein can be identified and demolished by the proteosome.

“The opportunity with protein degradation is that you can technically expand the druggable proteome while maintaining the flexibility of developing small molecules,” said Mainolfi. “You can go after targets that have more than one function.”

Kymera’s drug pipeline contains several candidates, the most developed of which is KT-474. This is a protein degrader designed to target IRAK4 – a previously “undruggable” target that is a master regulator of several gene pathways involved in innate immunity. IRAK4 is implicated in several inflammatory and immune diseases, including arthritis, psoriasis and Alzheimer’s disease. Furthermore, IRAK4 sits on the top of a network encompassing many cytokines, where blockage of a single cytokine has proven insufficient to alleviate disease.

“The idea was that we can block all of those [cytokines] with a single small molecule that degrades the target and blocks this pathway,” explained Mainolfi.

Previously, studies in rodent models had shown KT-474’s effectiveness in mediating psoriasis-associated skin thickening and central nervous system inflammation. In Kymera’s most recent clinical data, KT-474 was demonstrated to degrade over 85% of the IRAK4 protein after a single dosage, with no reported treatment-related adverse effects and with the protein reduction lasting around six days.

Given these promising results for IRAK4 inhibition, Kymera has also applied its targeted protein degraders to the area of oncology – this time, pursuing the previously stubborn STAT3. Also known as “undruggable,” STAT3 is implicated in a wide variety of cancers including leukemias, lymphomas and solid tumors. During initial animal studies, Kymera’s STAT3 degrader candidate, KTX-201, was demonstrated to show effective anti-tumor activity in a mouse model.

“We know that upstream proteins in this pathway have been drugged very successfully, but no one has been able to drug successfully this key oncogenic protein, which also has immunomodulatory activity,” Mainolfi said. “We expected and expect that by drugging STAT3, we can go into liquid tumors that are very sensitive to STAT3 phosphorylation, or tumors where the STAT3 pathway is implicated in resistance mechanisms. And we can go into tumors where the immunomodulatory effects of this pathway are enabling, for example, immune therapies to be more effective.”

The ability to utilize one protein degrader against a whole host of diseases drives Kymera’s strategy when choosing protein targets. “It’s not just the technical ability to go after an undruggable target, but it’s also that this [STAT3] is a validated pathway with a real breadth of opportunities clinically so that we can have a franchise in a single program,” Mainolfi added.

What, then, of the problems of drug resistance that have plagued cancer therapeutic development? Commonly, mutations arise in the binding pockets of certain cancer-driving proteins, causing a cancer inhibitor that once was able to bind and inhibit the protein’s activity to lose its ability to do so.

According to Mainolfi, the whole premise of targeted protein degradation allows for some degree of circumvention around these resistance mechanisms common to first-line cancer therapies.

“Conceptually, protein degradation does not have a requirement for high binding activity since you’re degrading the protein. Even if you have a mutation where the target is binding and the affinity is less, you would still be able to degrade the target,” Mainolfi said. “Several companies are using protein degradation to circumvent resistance mechanisms that arise from mutations in particular binding pockets.”

Despite this, there is still the chance for resistance to emerge – particularly as targeted protein degradation relies on a two-pronged approach of target binding and ligase recruitment. “Regulation of the expression of E3 ligase can drive reduction of activity. In fact, IMiDs, or drugs that work through protein degraders, have resistance mechanisms through the downregulation of E3 ligase,” Mainolfi added. “There are theoretical risks of resistance mechanisms, but I wouldn’t say that there is more than what we see with small molecules – I would say that actually, they are less.”

Beyond their current host of degraders, Kymera is also investing in the development and discovery of new E3 ligases via its Pegasus drug discovery platform. Through a collaboration with the Max Planck Institute in Germany, Kymera was able to study the specific functions of all 600 E3 ligases in the human body. According to Mainolfi, they found that these ligases had individually unique expression patterns – some could be broadly expressed, and others could be localized in one specific organ or tissue.

“Imagine you’re in oncology, and your target has bone marrow toxicity as the dose-limiting toxicity. That often happens because inhibition of that particular target creates really high sensitivity in the bone marrow,” Mainolfi said. “What we see now is an opportunity to build a degrader against the target that spares the bone marrow from degradation by using an E3 ligase that is not present in the bone marrow.”

“The way that we think about this is not so much to solve problems for protein degradation, but actually to solve problems for the biopharma industry through going after targets that no other technology can do,” said Mainolfi. “Can we power up what we can do with the technology to bring these new medicines to patients in the next ten, twenty years?”