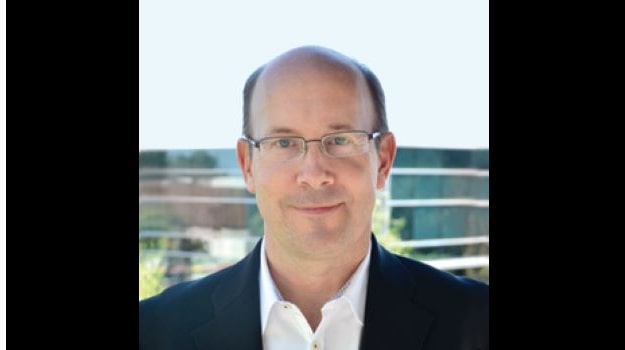 Precision medicine developer Kura Oncology is positioned to make a meaningful difference in the treatment of cancer in the next few years with its two, wholly-owned, small molecule compounds.

One, KO-539, is a menin inhibitor with the potential to target 35% or more of acute myeloid leukemia (AML) patients with a new mechanism of action.

“It’s in the spotlight, the data is stunning, and it has a lot of promise,” Troy Wilson, Ph.D., J.D., CEO, told BioSpace. It is generating a lot of interest both among investors and potential partners, and “is a highlight for the company.”

KO-539 is an oral, reversible inhibitor of the menin-KMT2A protein-protein interaction. It inhibits the HOXA9/MEIS1 pathway, which appears to be a master switch for AML progression.

“It allows leukemic blasts to differentiate into mature cells and ultimately die off, leaving the patient with clinical benefits that in some cases include complete remissions,” Wilson explained during the recent J.P. Morgan Healthcare Conference.

“Once the dose is established, we will move to Phase II to determine safety, tolerability and anti-tumor activity,” Wilson said.

So far, one patient in the trial experienced a complete remission at a 100 mg dosage, and another patient at the 200 mg dosage, even after failing seven previous therapies. The 600 mg dosage is being evaluated now, and Wilson expects to advance to Phase II by the end of this quarter.

Kura Oncology’s other, more advanced, program focuses on tipifarnib, a drug that originally was developed by Janssen, and which has shown impressive clinical benefits as a monotherapy in patients with HRAS mutant head and neck squamous cell carcinoma (HCSCC). Tipifarnib has FDA Fast Track designation and has the potential, Wilson said, to be the first small molecule targeted therapy approved for treatment of HNSCC (the seventh most common form of cancer in the world).

Tipifarnib is a farnesyltransferase inhibitor (FTI).

“FTIs were actively pursued 20 years ago by half a dozen pharmaceutical companies,” Wilson said, “but at that time those companies didn’t have the understanding or the tools we have today.”

“At Kura, we’re continuing to crack the code on tipifarnib and on FTIs in general,” Wilson added. “We have a lot of intriguing data. We were the first to show that in HNSCC, you could drive meaningful benefit with tipifarnib if you knew which patients to approach. So, people are starting to take a fresh look.”

As with any innovative therapy, “It takes multiple iterations and time to get things right,” he pointed out.

“We are targeting a unique mechanism of action – the addition of a hydrophobic side chain to proteins that allow them to anchor to the cell membrane and disrupt post-translational modification, thus preventing HRAS from associating with the cell membrane,” Wilson elaborated during J.P. Morgan week.

“This underscored the potential of tipifarnib to drive therapeutic benefit,” Wilson said.

Although that Phase II trial is closed to enrollment, a new trial is now enrolling patients with a goal to generate data to support FDA approval for tipifarnib.  That trial, termed AIM-HN, was amended last year to allow enrollment of all HRAS mutant HNSCC patients, regardless of the frequency of their variant alleles.

In addition to HRAS-dependent HNSCC, tipifarnib also shows activity against PI3Kα-dependent HNSCC. In preclinical studies involving four standard therapies and tipifarnib, in each case, the combination therapy of both drugs together showed significantly improved tumor regression relative to either drug candidate as a monotherapy.

“The data for the combination of tipifarnib plus a PI3Ka inhibitor is compelling, and we look forward to starting a combination study for HNSCC, combining tipifarnib with a PI3Kα inhibitor in mid-year,” Wilson said.

Treating the entire population of cancer patients requires a polypharmacy approach that attacks cancer from multiple angles. As yet, there are gaps.

“At Kura, we’re helping to close those gaps by developing exquisitely potent compounds and stacking them up to drive long-term remissions or even cures,” Wilson said.

“We’re fortunate to have more than $600 million on hand – enough to fund both KO-539 and tipifarnib through key value inflection points in the next 12 to 24 months,” Wilson said.

That allows the company to aggressively pursue therapeutics that are both first – and best-in-class.

“We are constantly asking ourselves whether we can maximize the value of our existing programs and do more with the resources and talent we have,” he continued. “Last year was a terrific year for Kura Oncology, and we’re working to make 2021 and beyond even better.”