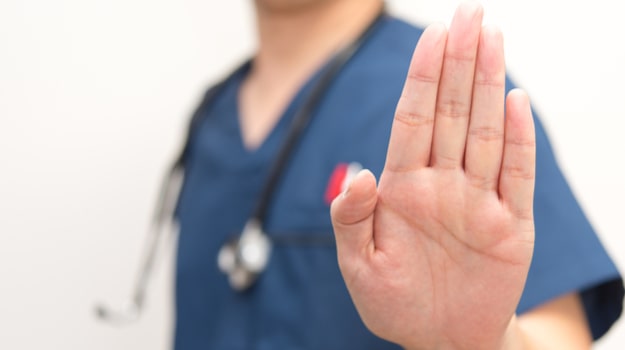 Shares of Kura Oncology have plunged nearly 30% in premarket trading after the San Diego-based company announced the U.S. Food and Drug Administration (FDA) placed a partial clinical hold on the company’s Phase Ib leukemia study following the report of a patient's death.

This morning, Kura said enrollment in the KOMET-001 clinical trial assessing KO-539 in patients with relapsed or refractory acute myeloid leukemia (AML) was halted while an investigation begins into the reported death. Patients who are already enrolled in the study will be allowed to continue receiving KO-539 treatment. KO-539 is an investigational oral drug that targets the menin-KMT2A/MLL protein-protein interaction in patients with AML. MLL-rearranged leukemias are characterized by chromosomal translocations of the MLL gene that are primarily found in patients with AML and acute lymphoblastic leukemia. The company noted that prognosis is poor in AML patients with KMT2A rearrangements and in those with co-mutations that may include NPM1. KO-539, which also exhibits downstream effects on HOXA9/MEIS1 expression and potent anti-leukemic activity in AML, was granted Orphan Drug Designation by the FDA in 2019.

In its preclinical studies of KO-539, Kura said the experimental asset demonstrated potent and selective inhibition of the proliferation of MLL-rearranged leukemia cell lines. The company also generated preclinical data that showed what it called “robust and durable efficacy in multiple in vivo models of AML characterized by MLL-rearrangements or oncogenic driver mutations in genes such as NPM1.”

The first patient in the Phase Ib study was dosed in June. This portion of the early-stage clinical study is designed to assess the lowest dose of KO-539 that provides maximum biologic and clinical effect across a low-dose (200 mg) and high-dose (600 mg) cohort. Kura said both doses demonstrated preliminary evidence of biologic and clinical activity and were determined to be safe and well tolerated in the Phase Ia portion of the study.

The FDA placed a partial hold on the study after Kura reported a grade 5 serious adverse event, which is the death of a patient. In its announcement, the company said the death is potentially associated with differentiation syndrome, a known adverse event related to differentiating agents in the treatment of AML. Kura said it is working closely with the FDA and the site investigators to resolve the partial clinical hold as quickly as possible.

Troy Wilson, Ph.D., president and chief executive officer of Kura Oncology, said the company, as well as the FDA, are committed to patient safety. He expressed appreciation to the regulatory agency regarding the ongoing dialogue about the investigation into the patient's death.

“Differentiation syndrome is known to be an on-target effect associated with therapeutic agents that induce differentiation, and we want to ensure physicians are fully informed and prepared to address these events if they occur. Based on the totality of preclinical and clinical data, we continue to believe that KO-539 has the potential to address the significant unmet medical need of AML patients, including those with NPM1 mutations and KMT2A rearrangements,” Wilson said in a statement.

Until the partial clinical hold is resolved, Kura said it is suspending guidance on the completion of enrollment in the KOMET-001 Phase 1b study and the determination of the recommended Phase II dose of KO-539.