June was a Busy Month for the FDA, Which Approved 7 Novel Drug Approvals 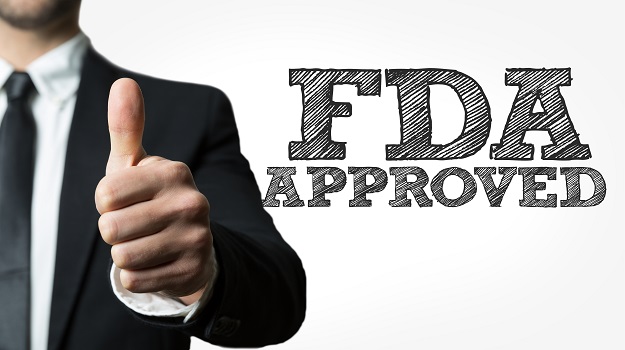 The U.S. Food and Drug Administration (FDA) was busy during the first half of this year with more than 20 novel drug approvals. Of those approvals, one-third came in June.

When Qbrexa was approved, Dermira predicted the medication would be available to patients in October. Annual sales have been pegged at about $200 million.

Braftovi and Mektovi – Array BioPharma, Inc. secured approval for its combination treatment for BRAF-mutant metastatic melanoma. The new treatment, Braftovi + Mektovi, is already available to order through select specialty pharmacies in the U.S. market. Braftovi is an oral small molecule BRAF kinase inhibitor and Mektovi is an oral small molecule MEK inhibitor which targets key enzymes in the MAPK signaling pathway (RAS-RAF-MEK-ERK). Ahead of the regulatory approval, Array Chief Executive Officer Ron Squarer told BioSpace that approval of the melanoma treatment is important to the patient population due to the low survival rates of metastatic melanoma. Also prior to the FDA approval, Array released updated Phase III results that showed median overall survival (mOS) of 33.6 months for patients compared to 16.9 months mOS for patients treated with vemurafenib (Genentech’s Zelboraf) as a monotherapy.

Zemdri -- South San Francisco-based Achaogen snagged approval for Zemdri (plazomicin) for the treatment of complicated urinary tract infections. Zemdri was approved for adults with complicated urinary tract infections (cUTI), including pyelonephritis, that are caused by certain Enterobacteriaceae in patients who have limited or no alternative treatment options.

Epidiolex – The regulatory approval of GW Pharmaceuticals’ Epidiolex was significant for two reasons. First, Epidiolex is the first FDA treatment for patients with Dravet syndrome, a rare form of epilepsy. The FDA also granted approval for treatment another rare form of epilepsy, Lennox-Gastaut syndrome. Perhaps more significantly, the FDA approval of Epidiolex was groundbreaking for the FDA considering the drug is the first FDA-approved therapy that contains a purified drug substance derived from marijuana. Epidiolex is made from Cannabidiol (CBD), a chemical component of the Cannabis sativa plant, more commonly known as marijuana. However, CBD does not cause intoxication like the illicit use of marijuana.

Before Epidiolex can be marketed, the U.S. Drug Enforcement Agency will have to reschedule Epidiolex from its current Schedule I status. The Europeans Medicine Agency is expected to rule on Epidiolex in the first quarter of 2019.

Nocdurna – Developed by Ferring Pharmaceuticals, Nocdurna was approved by the FDA for the treatment of nocturia due to nocturnal polyuria, excessive nighttime urination. Nocdurna is a sublingual tablet. Nocdurna acts on receptors in the kidney to absorb more fluid and produce less urine during the night while patients sleep. Ferring’s drug does come with a boxed warning. Nocdurna can cause hyponatremia, an abnormally low concentration of sodium in the blood.

Moxidectin -- Medicines Development for Global Health, a non-profit organization, secured approval for Moxidectin as a treatment of river blindness (onchocerciasis) in patients aged 12 years and older. River blindness is caused by a parasitic worm, Onchocerca volvulus. MDGH is the first not-for-profit company to register a medicine through the FDA’s tropical disease priority review voucher program.

Fulphila – Mylan’s Fulphila (pegfilgrastim-jmbd), a biosimilar to Amgen’s Neulasta (pegfilgrastim), was approved to reduce the duration of fever or other signs of infection with a low count of neutrophils, a type of white blood cells in chemotherapy patients. The biosimilar was co-developed with BioCon. Analysts predict peak sales of $554 million in 2022 for Fulphila.