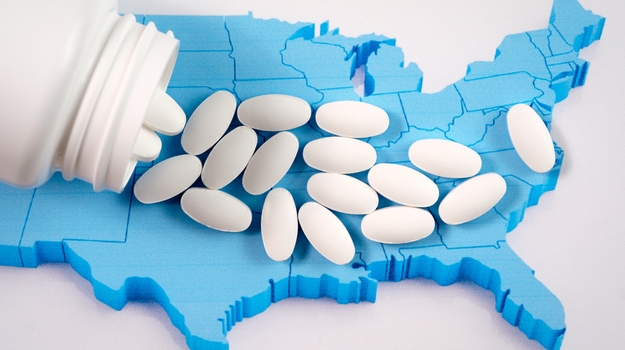 Life sciences giant Johnson & Johnson is on the verge of reaching a $4 billion agreement to settle thousands of opioid lawsuits across the United States that alleged the company played a role in creating the opioid epidemic.

Citing “sources familiar with the matter,” The Wall Street Journal reported that the agreement, should it be reached, would ultimately settle the matter for the company related to sales of Duragesic and Nucynta. When J&J settled two opioid-related lawsuits in Ohio earlier this month for $20 million, the company said its opioid products accounted for less than 1% of opioid sales in the United States. J&J sold the U.S. marketing rights for Nucynta in 2015 and has not marketed Duragesic in the U.S. since 2008.

The $4 billion agreement would also settle the matter related to several divisions of Johnson & Johnson which manufacture ingredients that go into the making of opioid drugs, the Journal reported. Those subsidiaries have been called out before in legal proceedings. During an opioid-related trial in Oklahoma, the plaintiffs pointed to two former J&J subsidiaries, Noramco and Tasmanian Alkaloids, which produced a significant amount of the raw opium used by J&J and other companies in the manufacture of the opioid drugs. In that trial, J&J was pegged with a $527 million verdict, which the company intends to appeal due to its objections over the state’s nuisance laws.

If the company and government agree to the $4 billion settlement that would likely bring about a sigh of relief to investors as some analysts speculated J&J could be zinged with a higher amount, between $5 and $10 billion.

For J&J the potential settlement comes a day after three major drug distributors, AmerisourceBergen, Cardinal Health and McKesson, were reportedly in the middle of negotiating a settlement agreement valued at $18 billion. Much like the opioid manufacturers, the distributors have been embroiled in the opioid-related lawsuits for their roles in the sale of the addictive pain medications.

In July, an analysis of information from a federal database showed that 76 billion opioid pills were sold in the United States over a six-year period, 2006-2012.McKesson, Cardinal Health and AmerisourceBergen, along with CVS, Walmart and Walgreens were the six largest distributors of opioid pills. The database, which was maintained by the U.S. Drug Enforcement Agency, revealed that the number of opioid pills increased by 51% during that six-year period. The number of pills grew from 8.4 billion pills in 2006 to 12.6 billion in 2012. During that time frame, approximately 100,000 people died from opioid-related overdoses. In 2017, opioids were responsible for the deaths of about 47,000 people in the United States.

J&J and the distributors aren’t the only companies keen on settling the opioid lawsuits. J&J’s reported negotiations follow multiple settlements made by companies, including a $12 billion settlement by Purdue Pharma, the maker of OxyContin. Mallinckrodt reached a $30 million settlement with two Ohio counties, as did Endo International, which will pay a total of $10 million and will provide up to $1 million of its Vasostrict and Adrenalin products to the Ohio counties.