Is CRISPR in use to Create China Super Soldiers? 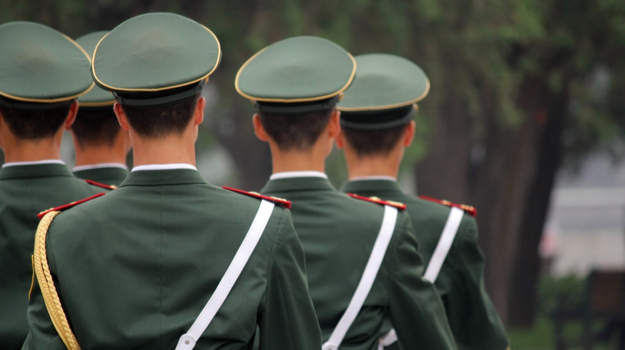 Has China discovered a super-soldier formula through the capabilities of genetic engineering? A U.S. government official claims this is exactly what is happening, China Super Soldiers are under development.

Director of National Intelligence John Ratcliffe penned an op-ed in The Wall Street Journal that claims the Chinese government is attempting to enhance the capabilities of soldiers through genetic engineering. It’s not the first time such a claim has been made. Ratcliffe’s article, cited in an NBC report, outlined his belief that China is the greatest threat to the United States in terms of military and economic power.

The Theory of China Super Soldiers

Ratcliffe’s concerns build on theories raised in 2019 about China’s capabilities with CRISPR, particularly after Chinese researcher He Jiankui used CRISPR-Cas9 gene editing to alter the DNA of embryos for seven couples in 2018. Although international outrage resulted in Jiankui’s incarceration in China, Ratcliffe suggested the Chinese government would attempt to capitalize on these capabilities with gene editing and continue to experiment on adults to create biometrically advanced China super soldiers the likes we have seen only in movies.

Ratcliffe isn’t the first to follow this line of reasoning. Last year, some researchers posited the Chinese government would attempt to use the gene-editing capabilities of CRISPR to enhance the performance of some soldiers.

“…the PLA is pursuing military applications for biology and looking into promising intersections with other disciplines, including brain science, supercomputing, and artificial intelligence,” Elsa Kania and Wilson Vorndick wrote in Defense One last year.

In their column, Kania an expert on Chinese defense technology at the Center for a New American Security, and Vorndick, a consultant on China matters and former U.S. Navy officer, said the People’s Liberation Army of China highlighted exploiting biology as a priority in its strategic writings. The researchers said biotechnology development is “gradually showing strong signs characteristic of an offensive capability.” For them, that includes the possibility that “specific ethnic genetic attacks” could be employed. They cited a 2016 Chinese report which characterized CRISPR-Cas technology as one of “three primary technologies that might boost troops’ combat effectiveness, i.e. developing China super soldiers.” In addition to potential gene editing, the 2016 paper suggested that soldiers could be given the drug modafinil due to its cognitive enhancement applications.

Regarding the use of CRISPR in China, Kania and Vorndick noted that many of the ongoing experiments in this field are being conducted at PLA facilities. China’s institutions have emerged as “major centers for research in gene editing and other new frontiers of military medicine and biotechnology,” they wrote.

"While the potential leveraging of CRISPR to increase human capabilities on the future battlefield remains only a hypothetical possibility at the present, there are indications that Chinese military researchers are starting to explore its potential,” they wrote.

In an interview with NBC, Vorndick said he is less concerned about battlefield enhancements and the creation of China super soldiers than he is with the consequences of using gene editing to make dramatic enhancement changes in humans. He stressed concern for unforeseen consequences that could arise from attempting to conduct such experiments on humans. In 2018, a study raised concerns about those unforeseen consequences. The study published in Nature Biotechnology shows that the technique could cause “extensive mutations and genetic damage.” Not only can the gene-editing technique cause cellular damage, but Geneticists from the Wellcome Sanger Institute also said the genetic damage can be difficult to discover through standard DNA tests.

In the study researchers found that the gene-editing technique deleted thousands of DNA bases – some of them that were not close to the spot of the initial edit, the researchers said. The concern was raised because some of the deletions can silence genes that are supposed to be active, or on, as the researchers noted, and activate some genes that should be turned off – particularly genes that can cause cancer.

Therefore, the development of China super soldiers will not be an easy task to complete, there are still many loopholes in the experiment that will make the overall process slow.