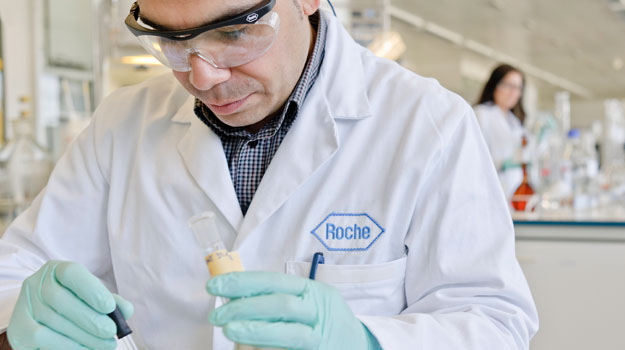 Ionis Pharmaceuticals is on a roll. Days after securing regulatory approval from the U.S. Food and Drug Administration (FDA) for Tegsedi, the company inked a deal worth more than $700 million with pharma giant Roche to develop IONIS-FB-L for the treatment of complement-mediated diseases.

IONIS-FB-L is an antisense drug that used the company’s LIgand Conjugated Antisense (LICA) technology. It is designed to reduce the production of FB, a key protein in the complement innate immune system. FB is predominately produced in the liver and circulates throughout the vascular system, including vessels in the eye and kidney. When over-activated, the FB protein has been associated with the development of several complement-mediated diseases, including dry age-related macular degeneration.

Ionis and Roche will harness the medication as a potential treatment for patients with Geographic Atrophy (GA), the advanced stage of dry AMD. A Phase II study is planned for early 2019, Ionis said. In a Phase 1 study in 54 healthy volunteers, IONIS-FB-L reduced plasma FB and was safe and well tolerated.

About 90 percent of all age-related macular degeneration cased are considered dry. Dry AMD is the leading cause of blindness in the U.S. and developed countries. This disease is expected to affect up to 3 million people in the U.S. and 196 million people worldwide by 2020, Ionis said. Geographic Atrophy, the first indication the two companies are tackling, is a late-stage manifestation of dry AMD that is caused by a progressive loss of retinal pigment epithelial (RPE) cells, photoreceptor cells and choriocapillaris in the central retina. Patients with GA experience trouble with facial recognition, decreased reading speeds and difficulty driving at night. It ultimately causes blindness. It is estimated that more than 5 million people worldwide suffer from GA, a disease with no approved therapies, Ionis said.

Under the terms of the deal with Roche, Ionis will initially receive an upfront payment of $75 million. The company will be eligible to receive up to $684 million in development, regulatory and sales milestone payments and license fees depending on how the drug fares through the clinic and if it gains regulatory approval. As part of the agreement, Ionis will be responsible for conducting a Phase II study in patients with dry AMD and exploring the drug in a rare severe renal indication. Roche has the option to license IONIS-FB-L at the completion of the studies. Upon licensing, Roche will be responsible for all global development and commercialization activities.

Ionis said the collaboration with Roche is designed to maximize both the potential benefit to patients and the likelihood of success, while optimizing our commercial participation in IONIS-FB-L, said Brett P. Monia, chief operating officer at Ionis said in a statement. The two companies are also collaborating on the development IONIS-HTT (RG6042), an antisense drug for the treatment of people with Huntington's disease.

“Our antisense technology is the first to demonstrate robust, dose-dependent and sustained reduction of FB in a clinical study. We believe that we have found the right partner whose experience in retinal disease drug development and commercialization will enhance our efforts to effectively develop IONIS-FB-L for patients who currently have no adequate treatment options,” Monia added.