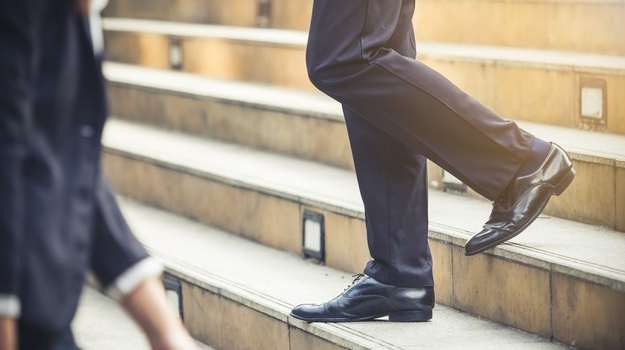 Biotechnology Innovation Organization (BIO) President and Chief Executive Officer Jim Greenwood will step down from his role in 2021 following the 2020 presidential election. During his tenure, he has been a champion for innovation within the pharmaceutical industry to address many challenges in healthcare.

During his 14-year tenure as head of BIO, Greenwood oversaw a significant growth at the organization, more than tripling its size to 176 employees with an 85 million operating budget. BIO now hosts one of the key annual conventions in the industry, drawing more than 18,000 people from across the globe. He also built bridges to help create a strong ecosystem for drug innovation. Following the 2020 election, Greenwood, a former member of the U.S. House of Representatives, will help BIO’s next leader transition into his role.

In a statement issued Tuesday, Greenwood reminisced about his tenure as head of BIO and his time in the halls of Congress. The lessons he learned in government policy helped him provide strong leadership advocating innovation in drug making at BIO.

“No organization has played a more powerful role than BIO in making sure government leaders embrace thoughtful policy so the science of biotechnology can march forward. I know because I was one of those lawmakers inspired by my BIO education. Through this organization, I came to see the miracles the biotech industry makes possible,” Greenwood said in a statement.

Biotechnology, he said, will be the primary tool in meeting the greatest challenges facing the human race in years to come.

“Our industry has won many important policy battles over the last 14 years, and we’ve now ushered in the dawn of a new era of cures. Today, the human genome has been mapped and hundreds of new breakthroughs are in the pipeline as a result. The first gene therapies are starting to be approved by the FDA. CRISPR and gene editing hold transformative potential to not just treat, but actually cure, deadly diseases,” he said.

Greenwood joined BIO in 2005 as its second president and CEO following the retirement of founding President Carl Feldbaum. During his tenure, he established BIO as a pragmatic voice on Capitol Hill and cultivated bipartisan support for the drug industry. He also led industry PDFUA negotiations with Congress to promote patient-centered drug development, and he was a driving force behind the establishment of a biosimilars industry to create more affordable biologic drugs once patents expire. Greenwood was instrumental in leading industry negotiations to help pass the 21st Century Cures Act, which approved expanded use of biomarkers, innovative clinical trials and real-world evidence in FDA scientific decisions.

“The way forward for drug makers is to reaffirm and live by our social contract with patients, making sure we are their most zealous defenders in every policy and pricing discussion. BIO will continue to make the case that innovators and lawmakers each have a moral responsibility to ensure patients never go without the medicine they need while expanding access to therapies in ways that don’t kill innovation for patients still waiting for cures to come,” he said.

In addition to battling government pricing controls, Greenwood has also been a leader in pushing for greater diversity in the industry. Last year, BIO issued a letter demanding companies achieve gender diversity on its boards of directors within the next six years.

Jeremy Levin, CEO of Ovid Therapeutics and current chairman of the board at BIO, said Greenwood’s leadership in the industry has allowed the United States to “create a pro-innovation public policy environment” that has become the “envy of the world.” Over the course of the next year-and-a-half that Greenwood will remain with BIO, Ovid said the organization will continue to depend on his leadership as the industry fights “short-sighted attempts to drain capital from our sector and curtail the intellectual property rights of innovators.”

“We are grateful that Jim has agreed to stay on in a transitional role in 2021 to help his successor educate the public and lawmakers about the enormously complex and expensive challenge of bringing new medicines to market — the last and only hope for millions of suffering patients across the world,” Levin said.

In Congress, Greenwood served as a senior member of the House Energy and Commerce Committee overseeing health care policy. In that role, he helped lead efforts to modernize the FDA, pass the Medicare Part D prescription drug benefit for seniors, and lift the ban on embryonic stem-cell research.