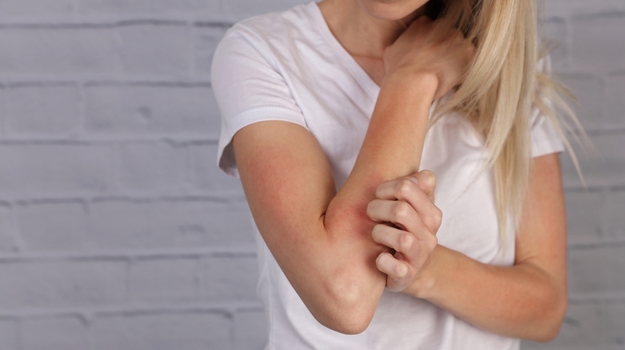 Incyte’s ruxolitinib cream hit its primary endpoint in its Phase III TRuE-AD2 trial of atopic dermatitis (AD) in adolescents and adults. The primary endpoint was Investigator’s Global Assessment Treatment Success (IGA-TS) , defined as an IGA score of 0 (clear) or 1 (almost clear). The drug showed at least a two-point improvement from baseline at Week 8 compared to the placebo vehicle control.

“The positive topline result reinforces the potential of ruxolitinib cream, if approved, to offer AD patients a much-needed effective, non-steroidal therapy,” said Jim Lee, group vice president, Inflammation & Autoimmunity, Incyte. “We look forward to the results of the TRuE-AD1 trial, the second study in the pivotal clinical trial program, later this quarter, and to sharing these data with the medical community as part of our commitment to develop a new first-line treatment option for these patients.”

Ruxolitinib cream is a proprietary formulation of the company’s selective JAK1/JAK2 inhibitor ruxolitinib. It is in Phase III development for mild to moderate atopic dermatitis.

TRuE-AD2 is sponsored by Incyte and is a randomized, double-blind, vehicle-controlled Phase III trial. It is looking at the safety and efficacy of ruxolitinib cream compared to vehicle. It enrolled more than 600 patients 12 years of age and older who had atopic dermatitis for at least two years who are eligible for topical therapy. They were randomized 2:2:1 into one of three treatment arms for eight weeks. The arms were ruxolitinib cream 0.75% twice a day, ruxolitinib cream 1.5% twice a day, and vehicle, essentially a placebo, non-medicated cream. Patients who were successful at Week 8 were offered to be in a 44-week long-term safety extension period with the two formulations of ruxolitinib.

Yesterday, Incyte and Eli Lilly announced topline results from its Phase III trial (FREEZE-AD4) of baricitinib in topical corticosteroids for the treatment of adults with moderate to severe atopic dermatitis who did not respond to treatment with cyclosporine. The primary endpoint was the proportion of patients achieving at least a 75% or better change from baseline in the Eczema Area and Severity Index (EASI) at Week 16.

Baricitinib is approved for moderately to severely active rheumatoid arthritis in more than 60 countries and is marketed as Olumiant. Lilly recently submitted the drug in Europe for moderate to severe AD and expects to submit in the U.S. and Japan this year. It is a once-daily, oral JAK inhibitor.

“There is a high need for additional treatment options for patients living with moderate to severe AD, particularly those who failed conventional systemic treatments like cyclosporine,” said Lotus Mallbris, vice president of immunology development at Lilly. “As we look to progress our treatment portfolio for chronic skin conditions, the continued insights from the development program in AD further the potential of baricitinib to pursue this indication and to reach patients.”

BREEZE-AD4 is a multicenter, double-blind, randomized, placebo-controlled trial run outside the U.S. It is studying the efficacy and safety of three different doses of baricitinib in combination with topical corticosteroids in moderate to severe AD patients who have experienced failure to cyclosporine or are intolerant to or have a contraindication for cyclosporine. The 4mg dose of the drug plus topical corticosteroids met the primary endpoint, which was the proportion of participants reaching EAS185 at Week 16.