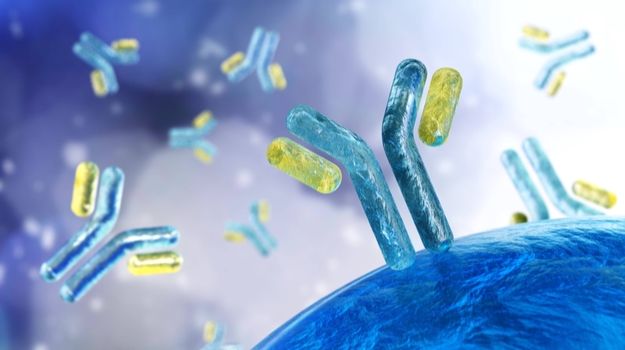 There is currently an acute shortage of a medicine called immunoglobulin (Ig) in the U.S. Immunoglobulin, sometimes called immune globulin, is a versatile drug used to treat a variety of immune disorders and other diseases. And companies that manufacture it are having a problem keeping up, leaving some patients in limbo, waiting for treatment.

The shortage isn’t new, although it appears to be hitting more of a crisis point. In January of this year, John G. Boyle, president and chief executive officer of the Immune Deficiency Foundation (IDF), wrote an article, “Immunoglobulin Product Availability Issues: The Sky Is Not Falling but the World Needs More Plasma.”

Eight months later the sky may not be falling, but the problem seems to have gotten worse. Boyle notes that manufacturing and distribution if Ig is complex because it is derived from plasma. It is also considered a specialty drug, meaning it’s not usually available at the local pharmacy. And the supply of plasma is tight in the U.S. and around the world.

Boyle wrote, “The companies within the plasma and Ig supply and delivery chains make contracts with each other based on historic usage and future projections, and they’re usually accurate enough so shortfalls aren’t experienced regularly.”

Now, however, Ig manufacturers, which include Takeda Pharmaceuticals and CSL, indicated that there has been an increased demand for Ig and that more disorders requiring it have been diagnosed, including new uses for it. They also indicate they are increasing production. In a recent earnings call, Takeda executives said they had seen delays in Ig shipments.

In June, Pfizer informed its customers that their Ig product, Octagam, would be in limited supply through July. The company indicated it was related to third-party manufacturing delays, and referred questions to Octapharma, the manufacturer.

According to the University of Utah Drug Information Service, as of June 30, there were 282 active drug shortages in the U.S., up from 224 the year before.

In June, Cincinnati Children’s Hospital informed about 150 families of patients who receive regular Ig treatments that due to the shortages they would suspend or reduce treatment for some patients.

Although Ig presents its own manufacturing and supply chain issues, it underlines a sometimes-overlooked fact—sometimes healthcare providers have problems getting the drugs they need from manufacturers.

In fact, in January 2018, five healthcare systems formed Civica Rx, a not-for-profit generic drug company, to alleviate problems for hospitals with drug supply problems. The companies were the U.S. Department of Veterans Affairs (VA), Intermountain Healthcare, Ascension, SSM Health and Trinity Health. Since then, more than 30 health systems are members of Civica Rx, representing more than 900 U.S. hospitals and about 30% of all licensed hospital beds in the U.S.

Civica Rx was to initially focus on establishing price transparency and stable supplies of 14 generic drugs often used in hospitals. The idea was to depend on long-term contracts member organizations sign stating they will buy a fixed percentage of their drug volume from Civica Rx. One focus was on drugs that had a 50% or greater price increase between 2014 and 2016 and essential drugs that were on national shortage lists.

At this time, the U.S. Food and Drug Administration (FDA) identifies three Ig product shortages, two from Takeda and one from Bio Products Laboratory. The FDA indicates it is working with manufacturers to mitigate the supply problems.

The American Society of Health-System Pharmacists uses different parameters to classify drug shorts, and lists other Ig products from CSL, Grifols SA and other companies as being in short supplies. Grifols stated it had increased its supply of Ig to meet demand.

In a statement, Takeda said increased demand “combined with the length of time it takes to produce plasma-derived products … has led to very tight supply and, in some cases, supply interruptions for certain products across the U.S. market.”

Meanwhile, patients are facing a great deal of uncertainty, increased health risks and pain. The Wall Street Journal cited three-year-old Farrah Swan, who receives Ig for juvenile dermatomyositis, which causes skin rashes and muscle weakness. After her infusion in July, her doctors said they needed to delay treatment because of the shortages. Her mother, Angela Swan, told the WSJ, “my concern is the risk of her getting an infection now and it causing a flare because she doesn’t have IVIG (intravenous immune globulin) to keep her symptoms at bay.”