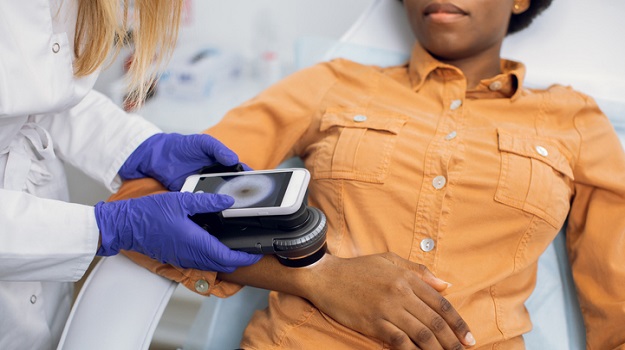 The investigator-sponsored Intrim 1 trial is a randomized, double-blind, placebo-controlled study that tests tilsotolimod on patients diagnosed with pT3-4 cN0M0 melanoma. Participants receive intradermal injections of either 8mg of tilsotolimod or a saline placebo at the primary tumor excision site, and then seven to 10 days later, undergo re-excision and sentinel lymph node (SLN) biopsy.

Topline interim results showed a 70% drop in SLN-positivity rates among those who received the drug compared to the placebo group, which logged reduction rates in the mid-40%s. This outcome demonstrates earlier results from the same trial, which showed immune activation in early analysis using flow cytometry of the SLN biopsies. The test seeks to confirm relapse-free survival and overall survival at years five and 10.

"These results, together with data supporting tilsotolimod's mechanism of action and encouraging safety profile from across the array of earlier pre-clinical and clinical work, reinforce the potential of tilsotolimod to offer benefit to patients with certain cancers. As a result, we plan to actively pursue a strategic partnership for tilsotolimod so that its full potential for patients may continue to be explored," Idera CEO Vincent Milano said.

Tilsotolimod is a synthetic toll-like receptor 9 agonist that has been shown to promote both innate and adaptive immune activation. It may also have the ability to contribute to tumor suppression and regression.

The primary endpoint — the rate of tumor positive SLN at the time of biopsy — was immediately met at the top line, thus meriting the early enrollment closure. Although enrollment was already closed early, researchers will continue to pursue testing the secondary endpoints, such as immune response in the SLN and peripheral blood up to 10 days after the biopsy, RFS measured as 5 and 10 years post-biopsy and OS at 5 and 10 years after biopsy.

Melanoma is not a common type of skin cancer, but it has a poor prognosis if not detected and addressed early. The disease in its early stages is typically treated through surgery. However, about one-third will likely experience recurrence and even progression to metastatic disease. Adjuvant treatment is available after the primary excision, but it becomes difficult to treat once it has metastasized beyond the skin.

"Currently, there are limited adjuvant treatments available to improve survival after surgical excision of a primary melanoma. We are delighted with the results we have seen in this study, which suggest that tilsotolimod administered at the excision site lowers the extent of tumor-positive lymph nodes and, if it improves overall survival, offers early melanoma patients a potential new treatment option," Prof. Tanja de Gruijl of Amsterdam UMC noted, whose team is conducting the trial.

According to Idera, the full details of the Intrim 1 study will be presented soon.